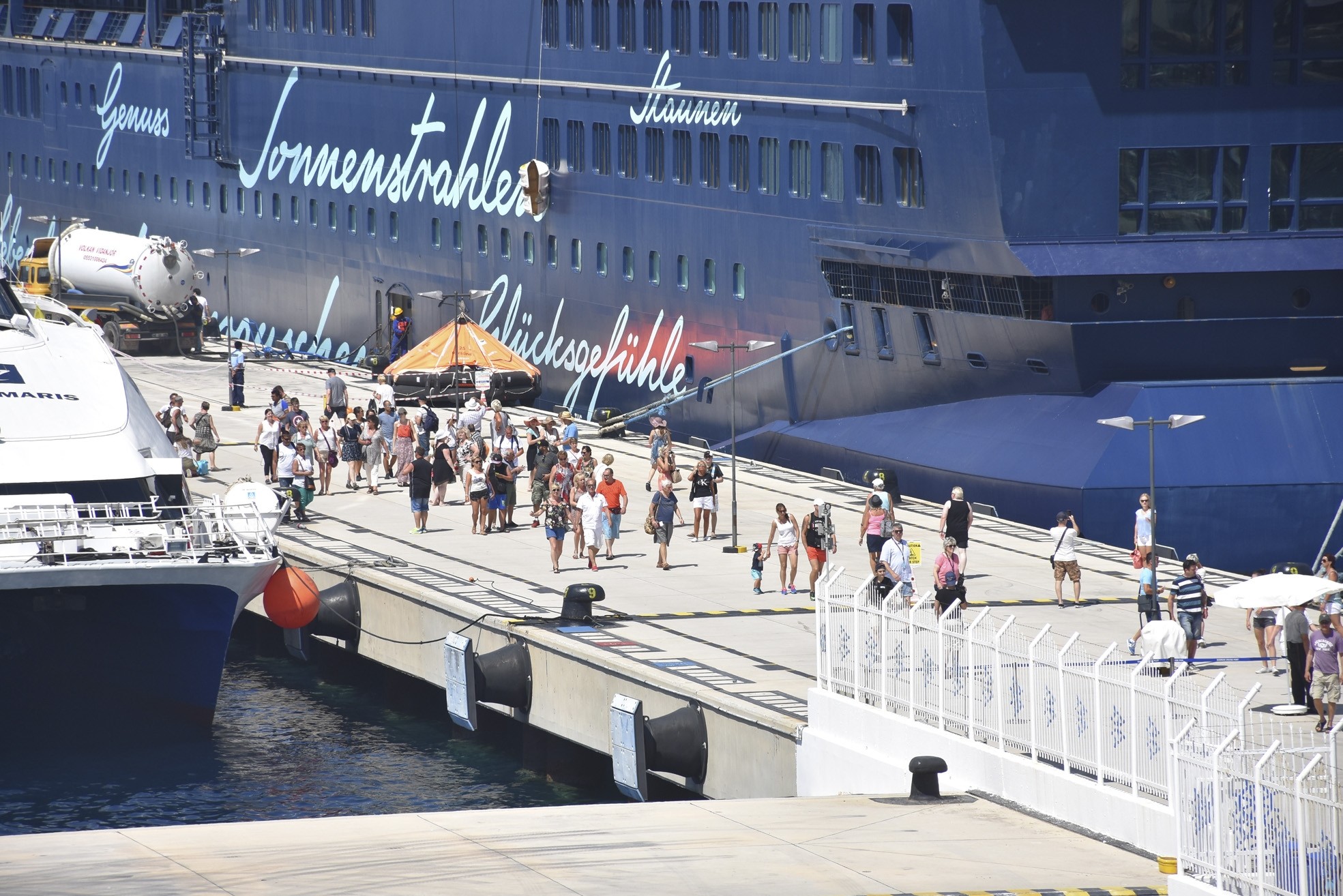 In light of early bookings, which see increases as high as 70 percent and the attention of Turkish pavilions receive at European fairs, the tourism industry has high hopes from the German market in 2018, expecting 4 million visitors from the country

With the preparations for the new season already underway, tourism professionals from Turkey joined a fair in Utrecht last week. They are currently participating in one of the world's largest tourism fairs, CMT Stuttgart. In light of the interest in Turkish pavilions at these fairs and early bookings, tourism professionals expect a considerable increase from the European market, particularly from Germans, this year. Turkey expects to receive around 4 million visitors from Germany this year as far as early bookings and interest in Turkish tourism booths at two major tourism fairs are concerned.

Turkey was promoted at a 650-square-meter pavilion at the 48th Utrecht Tourism fair between Jan. 9 and 14 last week. Tourism sector institutions, consumers, tour operators and travel agencies joined the fair along with the Tourism and Culture Ministry and Turkey's national flag carrier, Turkish Airlines (THY). The booths in the Turkey pavilion were generally dominated by hotels in holiday resort cities like Muğla, İzmir, Çanakkale, Denizli, Istanbul, Cappadocia, Kayseri, and Bursa.

The 50th edition of the International Exhibition for Caravan, Motor, and Tourism (CMT) is currently being held in Stuttgart. The fair, recognized as one of the largest tourism fairs in the world, opened on Jan. 13. and will continue until Jan. 21.

More than 100 countries from around the world are participating in the fair. It is also seen as one of the most important fairs for the Turkish tourism industry.

The Association of Turkish Travel Agencies' (TÜRSAB) Overseas Representative Hüseyin Baraner said that the Turkish booths received a great deal of interest at the fairs.

"European families with children, particularly in Germany, athletes and elderly people are keen on vacationing in Turkey."

"The CMT Fair in Stuttgart has nine halls and the fair was visited by 60,000 people on the first day. The fair proves the competitive environment of the global tourism market. Turkey is represented at the fair with a large delegation," Baraner said. He added that tensions with some European countries in 2017 have been mitigated to a significant extent.

Referring to the vacation patterns of Europeans, Baraner said the German market will see a significant increase in 2018 compared to 2017. "The early bookings suggest an increase between 12 and 70 percent. The world's largest operator [TUİ] confirmed that they have seen a 70 percent increase in early bookings," he said.

Baraner said 2018 will see a significant increase in the German market. "This year, we will welcome more than 4 million German tourists. Unless any negative development occurs, the German market will see a boom. I personally think that Germans will return in August," he said.

As far as Baraner was concerned, Turkey's holiday resorts in the Mediterranean, Antalya, will see a rise in a number of tourists in fall, since high segment tourists generally vacation in September and October. He added that boutique family businesses with 25 to 30 rooms, offering local food, hospitality and culture must be supported, instead of giant facilities similar to those in Spain, Italy, and Austria. In 2017, a total of 3.4 million German tourists visited Turkey while that number was recorded at 3.7 million in 2016 and 5.4 million in 2015. ISTANBUL / DAILY SABAH WITH AA