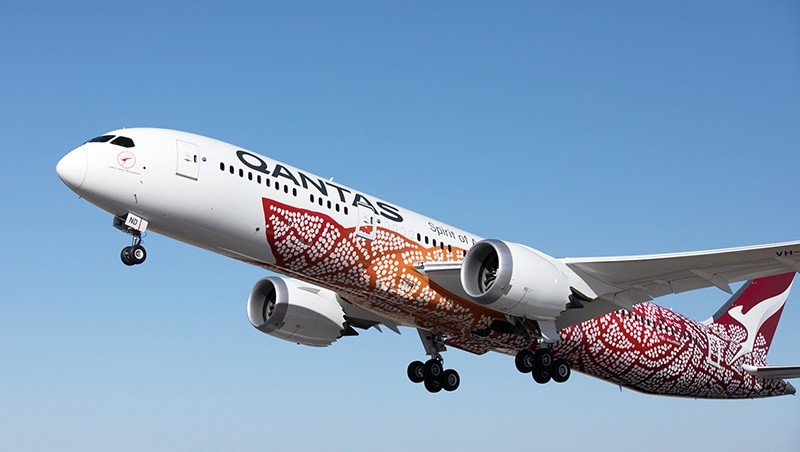 The maiden flight of a new nonstop regular passenger service between Australia and Britain has touched down at London's Heathrow Airport.

The Boeing 787-9 Dreamliner, operated by Qantas Airways, arrived Sunday in London just over 17 hours after setting off from the western Australian city of Perth.

The new link with Perth — a 14,498-kilometer (9,009-mile) journey — is around three hours quicker than routes that involve stopovers in the Middle East to change planes or refuel. It is also set to shorten journeys from London to Sydney or Melbourne, compared with flying via Dubai.

The route is about a quarter more than Britain's previous longest service — 7,275 miles (11,707 kilometers)— which was flying between London and Jakarta, the capital of Indonesia.

The Boeing 787-9 Dreamliner has been specially fitted out for the inaugural Perth-London flight, reducing the capacity of the plane to 236 business, premium economy and economy seats to give more leg room.

On the inaugural flight, 10 passengers were wired up with monitors to measure sleep and physical activity to examine the effects of long-distance travel.

Qantas chairman Alan Joyce said the Australian airline had been preparing for this first direct nonstop flight ever since the airline was founded in 1921. Qantas plans non-stop flights between Sydney and London by 2022. Joyce has issued a challenge to both Boeing and Airbus to produce a plane capable of flying nonstop from Sydney to London and to New York.

The old "Kangaroo Route" Sydney to London 70 years ago had seven stops and took four days. This flight will travel at around 900 kilometers per hour and use 20 percent less fuel than similarly sized aircraft.

"We're getting close," Joyce told reporters in Perth on Saturday. "By the end of this year, we'll know if both aircraft can do it."