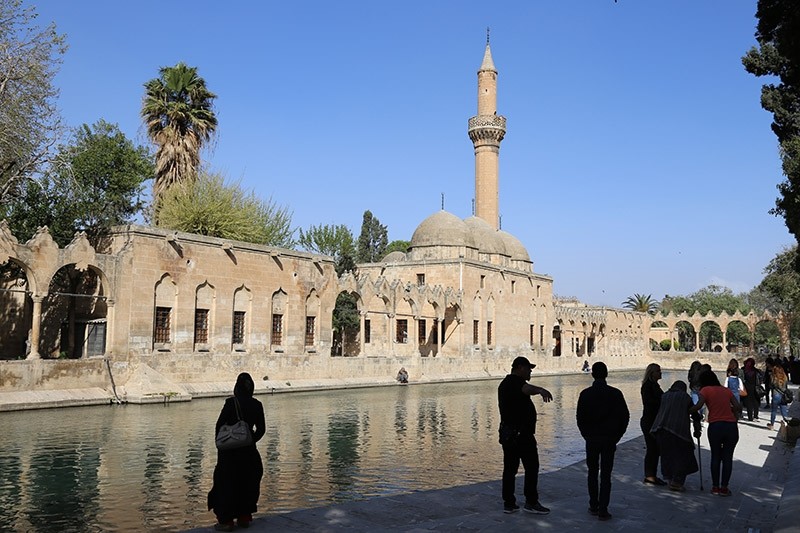 One of the world's most significant religious sites, Turkey's southeastern Şanlıurfa province is now building a museum to honor the history of the prophets believed to have lived there thousands of years ago.

Located 80 kilometers east of the Euphrates River and known as "The City of Prophets," Şanlıurfa is believed to be the ancient hometown of the patriarch Abraham and six other prophets in Jewish, Christian and Islamic faiths.

Each year, the ancient city draws hundreds of thousands of tourists, some who come as pilgrims to pray at the sites associated with the revered prophets.

To continue developing the rich historical identity of the region, the Şanlıurfa Metropolitan Municipality has decided to establish a "Museum of the History of the Prophets."

Construction of the museum, which will be built near the iconic Balıklıgöl settlement, is expected to begin soon with the permission of Turkey's Ministry of Culture and Tourism, city mayor Nihat Çiftçi told Anadolu Agency on Tuesday.

"It will be a museum that panoramically tells the history of the prophets who lived in Şanlıurfa," Çiftçi said. "[The museum] suits Şanlıurfa, because this city is associated with prophets."

Home to a myriad of civilizations in its millennia-old history, Şanlıurfa is a leading spot for faith and culture tourism in Turkey. It ranks fourth after Medina, Mecca and Jerusalem for global tourism among the three major monotheistic religions.

The Cave of Abraham is believed to be the birthplace of the patriarch, and draws thousands of pilgrims from all three religions.

Other prophets associated with Şanlıurfa include Jacob, Joseph, Elisha, Job, Moses and Shuaib (or Jethro in the Bible), although their exact historical locations are debated.

According to legend, Job lived in a nearby cave for seven years as his wife treated him for leprosy.