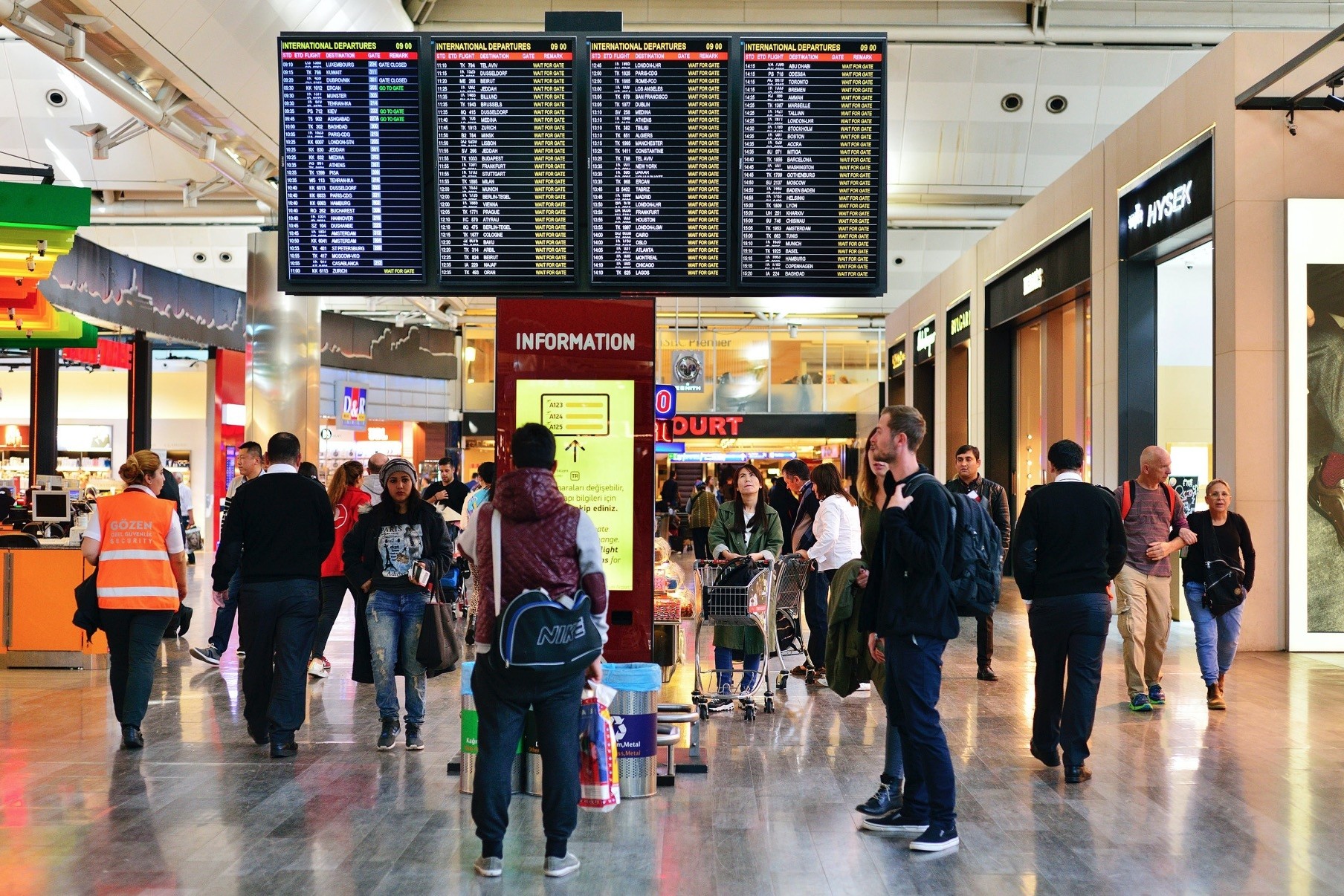 Passenger traffic through Turkish airports has risen 19.5 percent in the first four month of 2018.

In this period, more than 60.1 million people traveled through airports in Turkey, according to the General Directorate of State Airports Authority (DHMİ).

The DHMİ said Monday that the number of international passengers went up 22.1 percent to reach over 22.6 million during January to April, while the number of passengers taking domestic flights reached 37.45 million, up 18.5 percent, compared to the same period last year.

According to the data, Turkish airports served 588,526 planes - including overflights - up 9.6 percent from the same period last year.

Ataturk Airport served over 21.5 million passengers alone, up 18 percent on an annual basis, while the Sabiha Gökçen and Esenboğa Airports saw 10.7 million and 5.9 million passengers, respectively, in the first four months of the year.

Meanwhile, nearly 17 million people passed through Turkish airports in April, including both domestic and international lines.