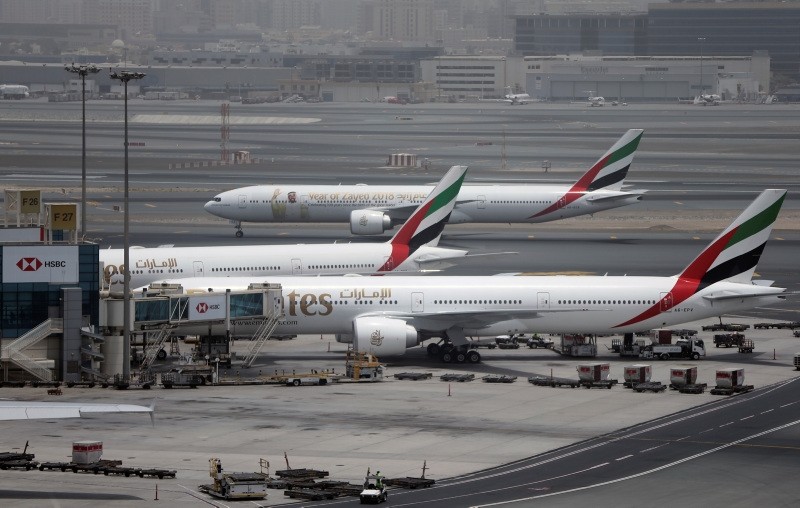 The United States and the United Arab Emirates signed a deal Friday to resolve a years-old spat over alleged Emirati government subsidies to its airlines and accusations of unfair competition in the U.S.

After months of negotiations, the deal was signed in private at the State Department by Assistant Secretary of State Manisha Singh and Emirati Ambassador to the U.S. Yousef al-Otaiba. The State Department, the Emirati Embassy and a representative for the U.S. airlines all declined to comment. The Associated Press obtained the text of the agreement, known as a "record of discussion."

The deal is expected to be announced Monday when the Emirati foreign minister visits Washington, according to a State Department official, who wasn't authorized to speak to reporters about the agreement and requested anonymity.

The deal's language was carefully crafted to allow both the Emirati airlines and the U.S. airlines to claim victory.

In a side letter, the Emiratis state they currently have no plans to add more so-called "Fifth Freedom flights" in which passengers can fly to or from the United States to third countries without ever setting foot in the UAE. Those flights have long been the bane of the U.S. carriers, who argue the flights undercut their own routes.

Currently, Emirates offers flights directly from New York-area airports to Milan, Italy, and Athens. The U.S. airlines have feared Emirates or Etihad could expand their offerings by adding flights from Abu Dhabi or Dubai to, say, Paris or London, stop to pick up more passengers, then fly on to New York.

The U.S. airlines had sought a "freeze" — a binding commitment that they wouldn't offer any more Fifth Freedom flights — from the Gulf airlines. Under the deal and side letter, the Emiratis do not explicitly promise never to add more such routes, but simply indicate none are planned. Still, the agreement rests on a tacit understanding between the U.S. and Emirati governments that more routes won't be added, several individuals familiar with the negotiations said.

The U.S. airlines can also point to language included in the agreement that affirms their longstanding claim that Emirati government subsidies are hurting their business. The agreement says that both sides agree "that such government support in whatever form may adversely impact competition in providing international air transportation."

Yet in another example of how the deal gives both sides room to say that the other side caved, it also includes language that effectively states the opposite.

"The delegations stated that government support in whatever form — including policies, practices, and rules — is neither uncommon nor necessarily problematic in the global aviation sector," the agreement says, paradoxically.

Both of the Emirati airlines have long denied receiving unfair government subsidies. The three U.S. carriers have spent huge sums over the last three years pressing the Obama administration and Trump administration for tough action, and have been eager to show a win on the issue. The airlines have hoped that if they have more visibility into the finances of the state-owned Emirati airlines, the Emiratis will no longer be able to get away with unfair subsidies.

The deal closely mirrors one reached in January between the U.S. and Qatar. For the UAE, the agreement averts the more serious step U.S. airlines wanted: re-opening the so-called open-skies treaties that could ultimately lead to less favorable conditions for Persian Gulf airlines.