Istanbul museums aim to welcome over 10 million guests in 2018 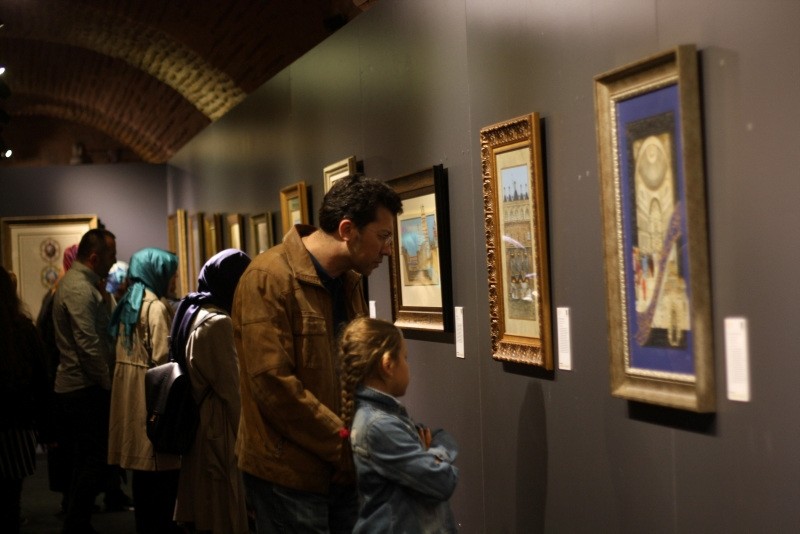 "We think that there will be more than 10 million museum visitors in 2018," Istanbul's director of culture and tourism, Coşkun Yılmaz told Anadolu Agency as Turkey marks Museums Week on May 18-24.

Yılmaz said that in 2015, more than 9 million people visited the city's museums — the highest number of visitors.

Istanbul's Topkapı Palace alone, a residence to the Ottoman sultans for almost 400 years, has attracted over 830,588 visitors during the first the first quarter of 2018, according to the Culture and Tourism Ministry data.

Istanbul museums were visited by over 2 million people during the same period.

Istanbul boasts 91 official museums, including 35 private as well as 19 museums operating under the Culture and Tourism Ministry as well as three under the Turkish military, Coşkun said. Twelve others are Turkish national palaces.

Some of the highlights of Istanbul museums are Hagia Sophia, a Christian church until it was converted into a mosque when the Ottomans conquered Istanbul in 1453 and later turned into a museum in 1935, as well as Dolmabahçe Palace, built by Sultan Abdülmecid in the mid-19th century and the place where President Mustafa Kemal Atatürk, the founder of modern Turkey, died.

Another gem on the city is the Museum of Innocence, opened by Turkey's Nobel laureate Orhan Pamuk based on his 2008 novel of the same name.

Coşkun also pointed out the importance of promoting Turkish museums.

"We are conducting an Istanbul Museums Workshop on May 22-23," to find ways to introduce Turkish museums widely, Coşkun added.

Coşkun said the Turkish and Islamic Arts Museum in Istanbul's historic peninsula will be open until 1.30 a.m. during the holy month of Ramadan.

"While there is a liveliness in Sultanahmet area during Ramadan, the Turkish and Islamic Arts Museum should not be closed," Coşkun added.