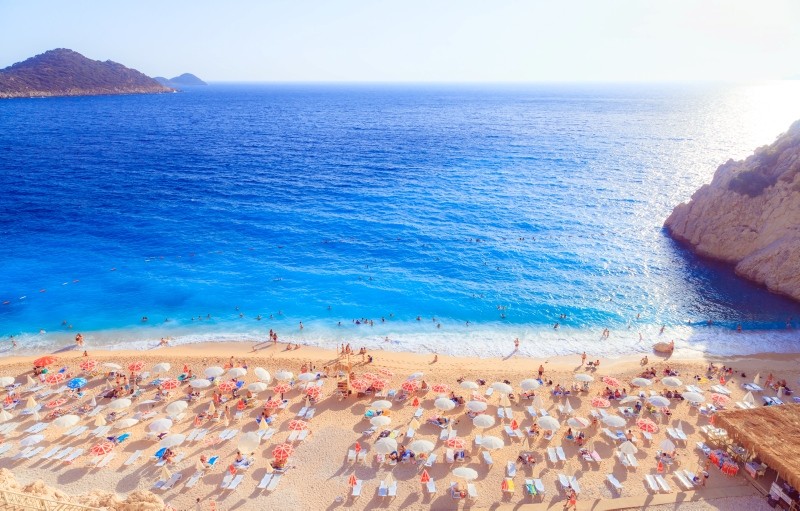 "Tourist numbers are up over 30 percent compared to the same period of 2017. This is an all-time high. At the end of 2018, we will hopefully break a new record by hosting 40 million tourists and earning $32 billion," Kurtulmuş said after the meeting of Tourism Consultation Council in Istanbul.

The government had set a figure of 40 million tourists as a target for 2018, the minister said, adding that the figures they obtained show that they will exceed the said target. "We will have an opportunity to revise up our 2023 targets of 50 million tourists and $50 billion."

The Tourism Consultation Council is a new board assuming the role of umbrella organization and consists of eight leading nongovernmental organizations in the sector and national flag carrier Turkish Airlines (THY) and whose aim is to carry out projects to increase the number of tourists and income.

Turkey also saw an all-time high in the number of tourists coming to the country in the first quarter as it welcomed around 5.1 million tourists, which corresponded to an increase of about 35-36 percent compared to the same period of the previous year.

After seeing a sharp decline in the number of visitors to Turkey for tourism in 2016, a year that included a series of terrorist attacks and a failed coup attempt, the tourism industry saw a recovery in 2017.

It experienced a drop in the number of tourists that began with a Daesh suicide bombing that killed 12 German citizens and injured 16 others in Istanbul's Sultanahmet area in 2016.

Turkey has been fighting not only against terrorism but has also been subjected to an anti-Turkey smear campaign carried out by Western media.

Kurtulmuş said they will increase qualitative steps to increase tourism income per capita in the country.

Stating that the tourism sector had experienced a rough patch, the minister said: "After experiencing a decline in tourism, we had a wonderful return last year. We hosted 32 million foreign visitors in 2017 and a tourism-based revenue of $26.5 billion."

After the spectacular return last year, the ministry and government have mobilized all the opportunities and have put forth all the support needed by the sector, he added.

"Support provided for air transport is one of them. We have spread the support out throughout the year, bringing levels that vary from $6,000 to $9,000. We have provided a more powerful way of promoting tourism by giving greater incentives to those bringing in tourists during the low season. In cruise tourism, we have put forward an incentive, which we have progressed at the level of $25-$35-$45 per person in 2018 and 2019. We think that this will provide an extra support for cruise tourism," Kurtulmuş said.