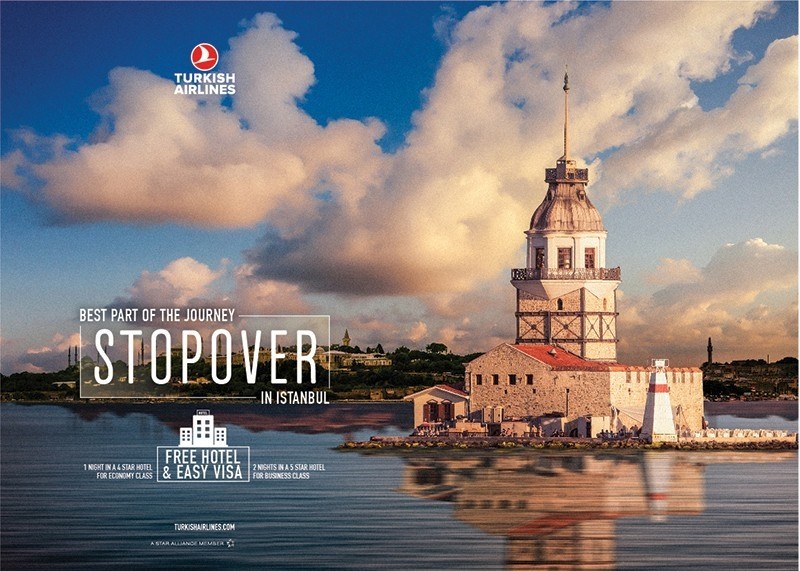 Turkey's national flag carrier Turkish Airlines announced on Friday that to date some 14,000 transfer passengers from 18 countries have had a chance to discover Istanbul thanks to its free stopover accommodation service which was launched last year.

Pakistan, Russia, and South Africa were the top three countries using the service, Turkish Airlines said in a statement.

Ahmet Olmuştur, Turkish Airlines' chief marketing officer, said the service has expanded from two countries to now include 19, with many more to come.

"In light of demand, we will offer this service to 10 more countries, including China and India, in the third quarter of 2018," Olmuştur said.

Passengers from the covered countries that have a stopover in Istanbul of more than 20 hours are eligible for the accommodation service.

Turkish Airlines, founded in 1933 with a fleet of five aircraft, currently has nearly 330 aircraft, including passenger and cargo planes.

It flies to 304 destinations, including 255 international and 49 domestic destinations. Last year it carried 68.6 million passengers with a 79.1 percent seat occupancy rate.