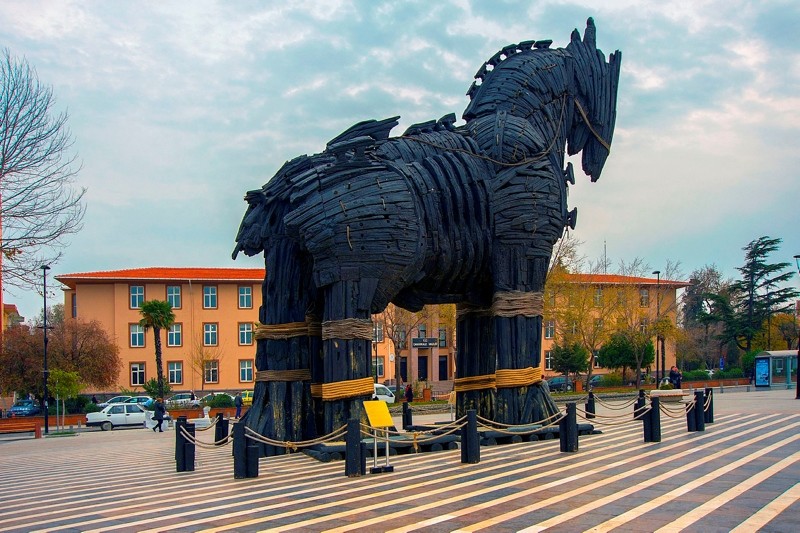 Turkey has held over 130 events so far this year at home and abroad to promote one of its crown historic jewels, the ancient city of Troy, just south of the Dardanelles Strait in the northwestern Çanakkale province.

Turkey's Culture and Tourism Ministry declared 2018 the Year of Troy to celebrate the 20th anniversary of Troy being added to UNESCO's World Heritage List.

As a part of this celebration, the city was promoted at 100 tourism fairs in 55 countries, said the ministry.

Troy, located on the mounds of Hisarlık overlooking the Turkish Aegean coastal plain, is one of the most famous archeological sites in the world, with its 4,000-year history.

The city was long thought to be purely mythical until the groundbreaking work of Heinrich Schliemann, a German amateur archeologist who began uncovering the site in the 1870s.

Troy was immortalized by the ancient Greek poet Homer in his epic the Iliad, telling the story of the last year of the decade-long Trojan War.