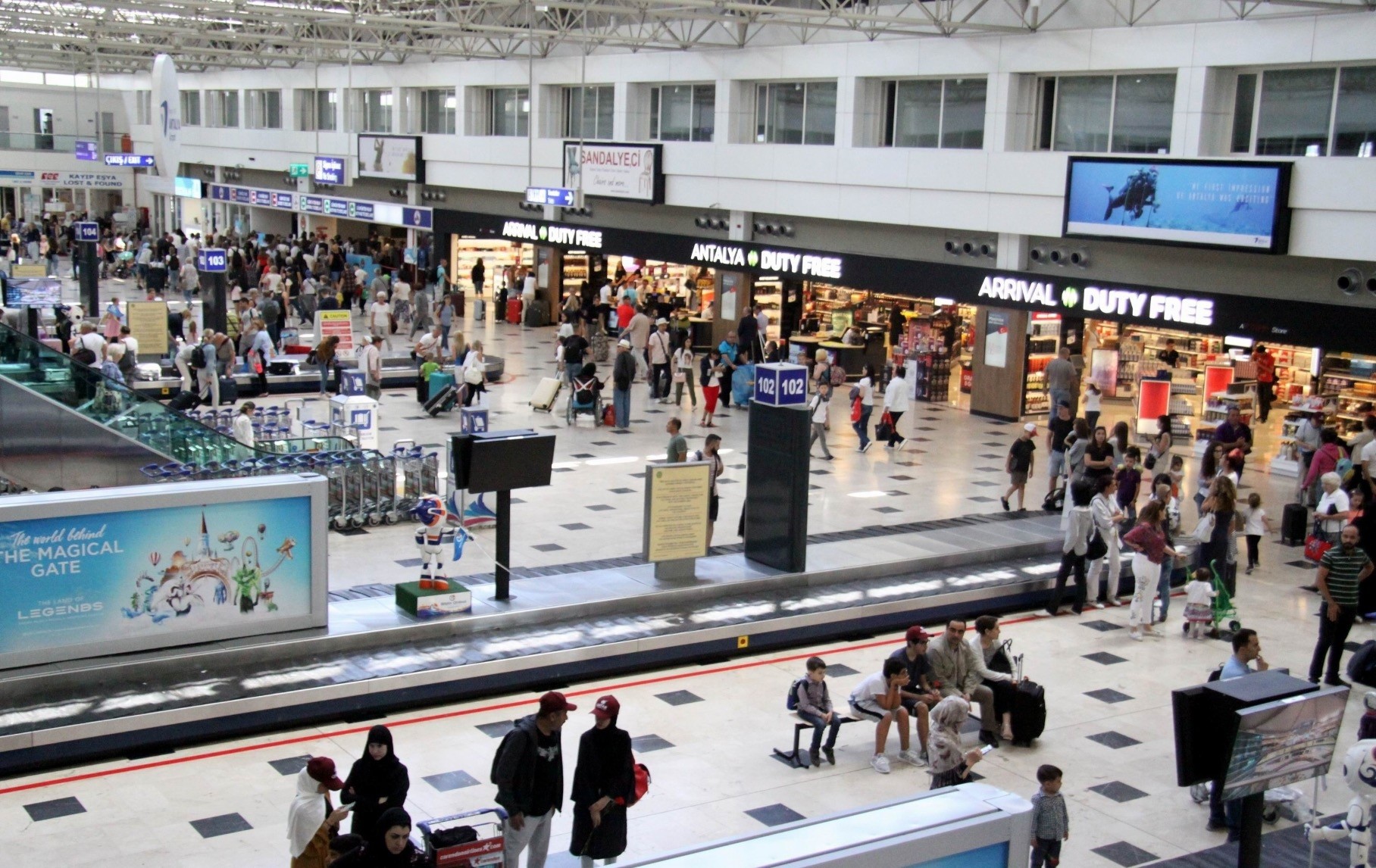 Jens Bischof, the CEO of the Turkish-German carrier SunExpress, said the number of passengers the company carried to Antalya was up 30-35 percent in the first six months compared to last year.
by Daily Sabah with AA Aug 27, 2018 12:00 am

Jens Bischof, the CEO of the Turkish-German carrier SunExpress, said they are witnessing a high increase in the number of passengers traveling to Turkey, noting that they have seen a big rebound in the country's tourism industry

There is a big rebound in Turkish tourism, especially in the eyes of European tourists, Turkey is clearly coming up and very strong again, Jens Bischof was quoted as saying by Anadolu Agency (AA).

The CEO of SunExpress added that the number of passengers the company carried to the southern holiday resort city of Antalya rose 30-35 percent year-on-year in the first half of 2018.

"So 2017 was the record year [for SunExpress] and 2018 is going even better," he said. "And also if we look into the early stages of tourism in 2019, my prospects are very positive for the upcoming period."

Recalling that 2016-17 was a challenging year for the Turkish tourism sector, Bischof said the company had full confidence in not only the development but also in the recovery of the sector.

"Despite all the uncertainties and challenges, 2017 was a breakout year for SunExpress," he said.

He added that the company has a great confidence in the market therefore had already ordered 50 aircraft in 2014.

"We will place majority of these aircraft here in the country," he said.

"I like the business mentality and business environment that I found here. One major contributing factor is that you find a very young population in Turkey, the labor force is very well educated," he said.

Bischof said investors can be successful when they understand the market well.

"And also have to live little bit with the volatility and the cycles which we experienced in the market. But if you happen to do so, it can be very successful and certainly very exciting to work in Turkey," he added.

Bischof recommended that investors who are interested in Turkey not place their investment decision in the hands of desktop research.

"Come here, look at this country, environment, and infrastructure and create your own perspective. Because I believe if you do so you will gain trust to place investments in Turkey," he said.

The Antalya-based SunExpress was founded as a joint venture of Turkish Airlines and Germany's Lufthansa in 1989.

The carrier flies to around 80 destinations in more than 20 countries in Europe, Asia and North Africa.

In terms of capacity, SunExpress is the biggest leisure carrier serving touristic parts of Turkey and Anatolia, Bischof stated.

Turkey welcomed more than 11 million tourists in the second quarter of this year, an increase of 24.9 percent from the same quarter in 2017.

The number of foreigners visiting Turkey rose by 28.5 percent, year-on-year, in June, reaching 5.1 million persons, according to the Culture and Tourism Ministry.

Russians made up almost 22 percent of foreign visitors, followed by Germans at around 10 percent and British citizens at nearly 7 percent.

The number of foreigners visiting Turkey during January to June period climbed by 28.92 percent, compared to the same period last year, the data showed.

Turkey has set a target of 40 million tourists and $32 billion in tourism revenue by end of 2018.

Turkey targets 50 million tourists and $50 billion in income by 2023, according to private sector representatives and officials.