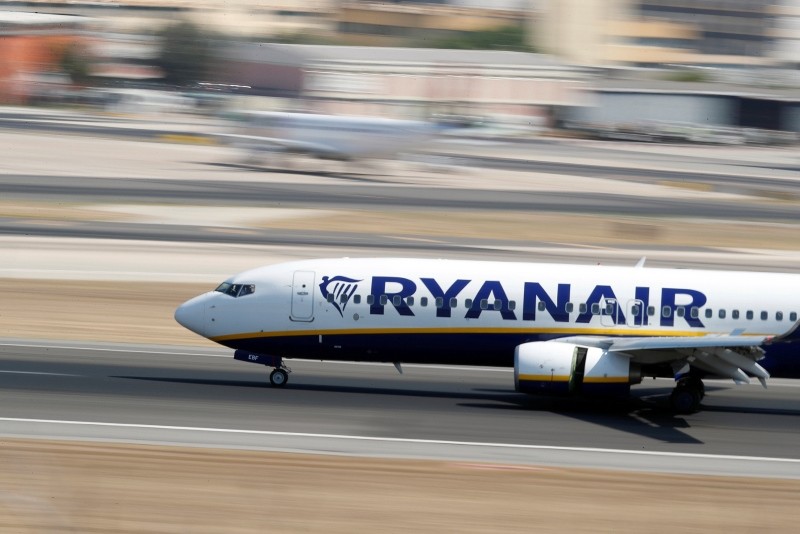 Ryanair has cut its annual net profits forecast by 12 percent owing to two pan-European strikes that forced it to cancel hundreds of flights, the no-frills Irish airline said Monday.

"Ryanair cannot rule out further disruptions...which may require full-year guidance to be lowered further," the airline said in a statement.

Ryanair's share price was down more than seven percent to 12.16 euros on the news.

The profit warnings come three days after cabin crew walked out in Germany, Belgium, Italy, the Netherlands, Portugal and Spain — and after some pilots' unions also went on strike.

Ryanair staff have been seeking higher wages and an end to the practice whereby many have been working as independent contractors without the benefits of staff employees.

A key complaint of workers based in countries other than Ireland is the fact that Ryanair has been employing them under Irish legislation.

Staff say this creates huge insecurity for them, blocking access to state benefits in their country.

While Ryanair has struck some deals with unions — last week it signed deals with cabin crew unions in Italy to provide employment contracts under Italian law — it has yet to reach agreement in other countries.

Also in September, Ryanair pilots across Europe staged a separate coordinated 24-hour stoppage to push their demands for better pay and conditions, plunging tens of thousands of passengers into transport chaos at the peak of the busy summer season.

"While we regret these disruptions, we have on both strike days operated over 90 percent of our schedule.

"However, customer confidence, forward bookings and third-quarter fares has been affected, most notably over the (upcoming) October school mid-terms and Christmas, in those five countries where unnecessary strikes have been repeated," he added.