Japanese tourists to Turkey up 90 percent in 2018, tourism minister says 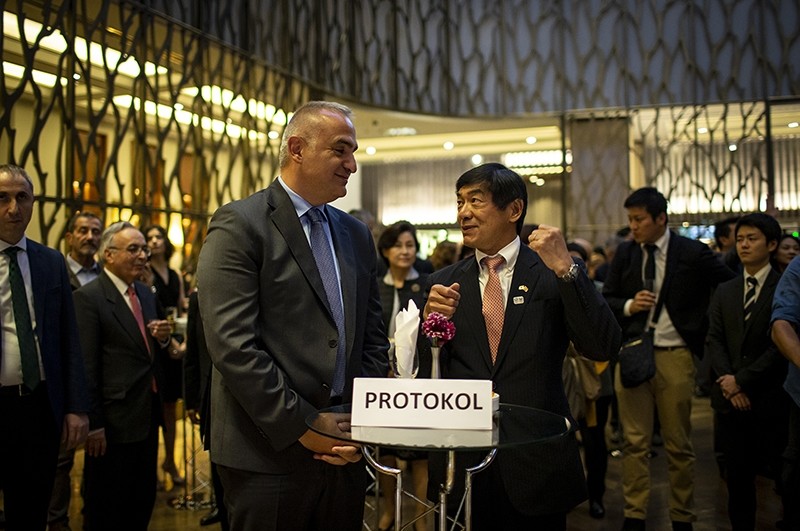 The number of Japanese tourists in Turkey has increased by almost 90 percent in 2018, the culture and tourism minister said Tuesday.

Speaking at a reception to mark the Japanese Autumn Festival 2018, Mehmet Ersoy said, "There has been a 90-percent increase in the number of Japanese visitors this year.

Emphasizing the deep-rooted cultural ties and friendship between Turkey and Japan, Ersoy vowed to introduce Japanese people to Turkey through cultural activities.

Ersoy recalled that 2019 would be celebrated as the "Year of Turkey" in Japan.

"As part of (Year of Turkey), Topkapi (Palace) artifacts will be exhibited in 2019 both in Tokyo and Kyoto," he added.

Ersoy said Japanese excavation works in Kaman district of Turkey's Kırşehir province was contributing to employment and training of the local people.

Japanese Ambassador Akio Miyajima said they had organized several events as part of the festival which was attended by almost 10,000 people.

Stating that the Japanese cultural events would continue, Miyajima said: "I believe that culture, quality food and art are a great power that unites people beyond borders."

Next year, Japan is set to host the G20 Leaders Summit in June and Crown Prince Naruhito will step into his father's shoes to become the new Japanese emperor in October.

"For this reason, we expect President (Recep Tayyip) Erdoğan will visit Japan twice," he said.