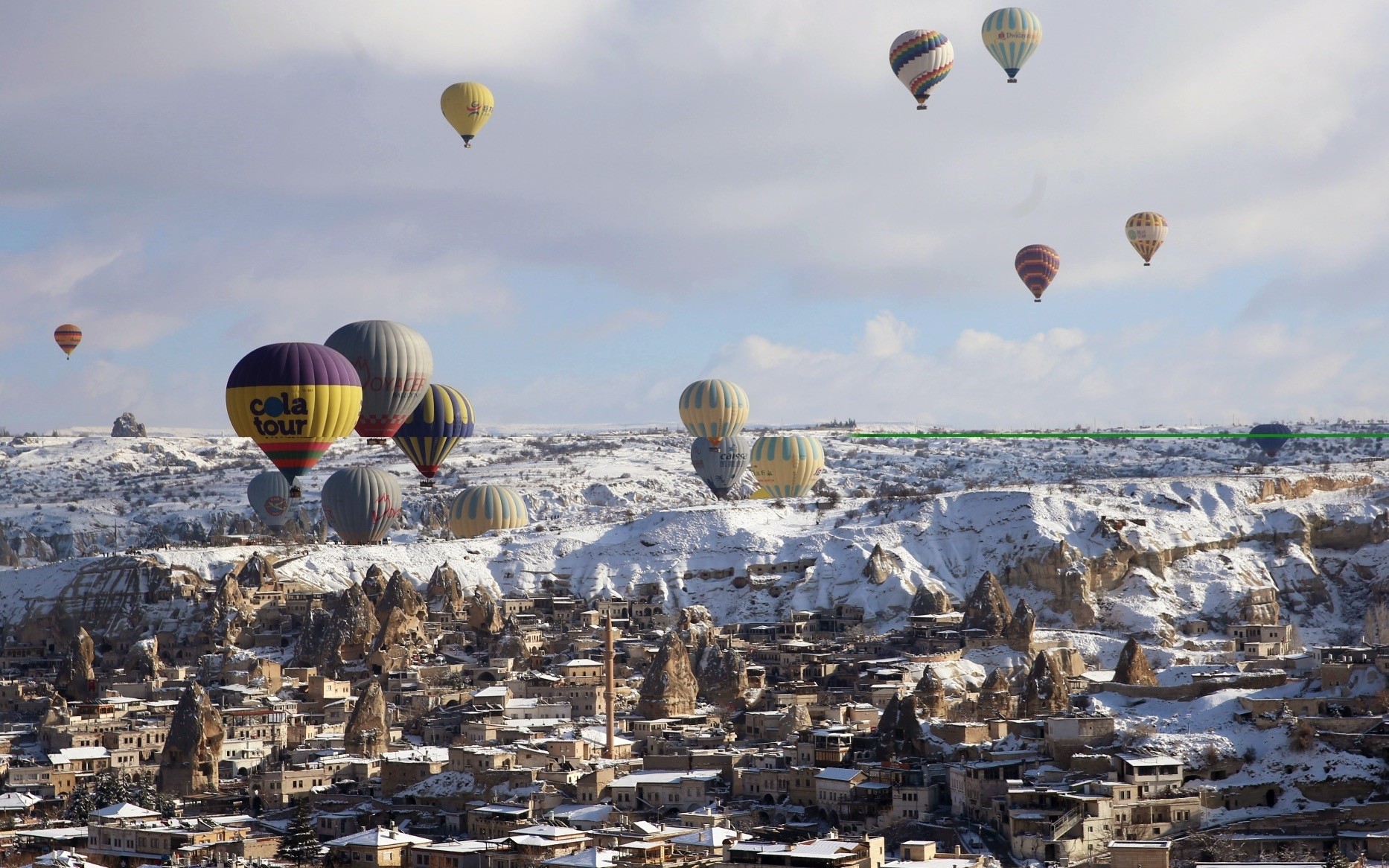 The number of tourists taking hot air balloon tours in the skies of central Turkey's popular tourism destination Cappadocia increased by 63 percent in 2018.

According to data gathered by Anadolu Agency (AA) from the Directorate General of Civil Aviation, a total of 537,500 tourists took hot air balloon rides in 2018, boosting the tourism revenue of the country by almost $80 million.

"The year 2018 was excellent in terms of tourism and the hot air balloon sector in Cappadocia. Almost 90 percent of the visitors wanted to take the balloon ride," Durmaz said. "It makes a great contribution to the economy, and it also provides employment opportunities in the region," he added. Cappadocia, located in the Anatolian region of Turkey, is a UNESCO World Heritage site and is famous for its chimney rocks, hot air balloon trips, underground cities and boutique hotels carved into rocks.

To get an authentic experience, tourists from all over the world prefer to experience Cappadocia's landscapes and peak-like rock houses from up in the sky.

Keeping the hot air balloon tour guides under strict supervision offers tourists comfort, safety and contributes to the region's economy. The hot air balloons are tracked by a GPS system, allowing the speed limit and distance of the balloons to be detected. Cappadocia is also famous for its authentic Turkish restaurants and also offers a wide variety of international cuisines with dozens of dining spots.

The region has been used as a natural film set for many film productions in the past. Turkey's national air carrier, Turkish Airlines (THY) offers daily flights to the Cappadocia region from Istanbul.