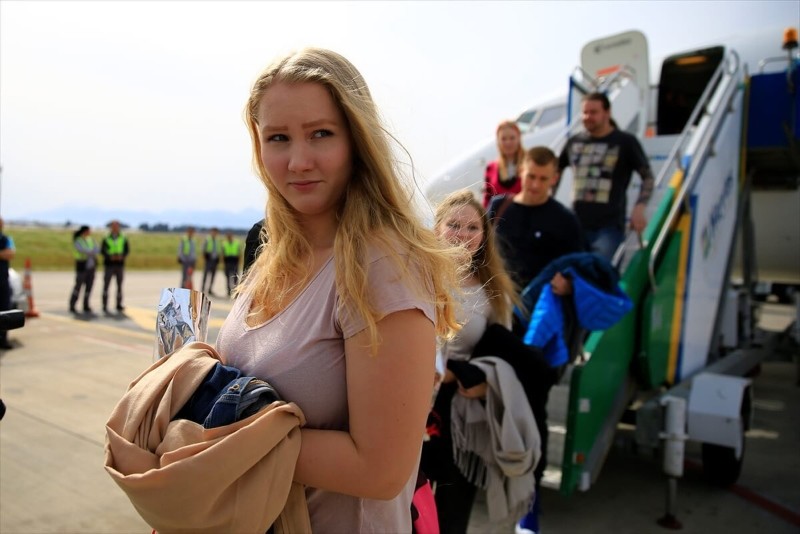 Russian citizens topped the list of foreign tourists entering Turkey through border gates in 2018, according to a Interior Ministry statement released on Thursday.

They were followed by over 4.4 million German citizens and more than 2.4 million Bulgarians.

Russia was the first on the list in 2017 as well -- with over 4.7 million visitors, followed by Germany with 3.5 million and Iran with 2.5 million people.

Some 26.6 million foreigners crossed the Turkish borders in 2010 via land, air, sea and railway.

Given last year's figures, 39.5 million people entered the country, while the number of foreigners leaving Turkey was recorded as 39.3 million in the same period.

Turkey and Russia have been enjoying friendly bilateral ties in the recent years, which is strengthened with reciprocal visits from the presidents of the both nations, as well as cooperation on energy.