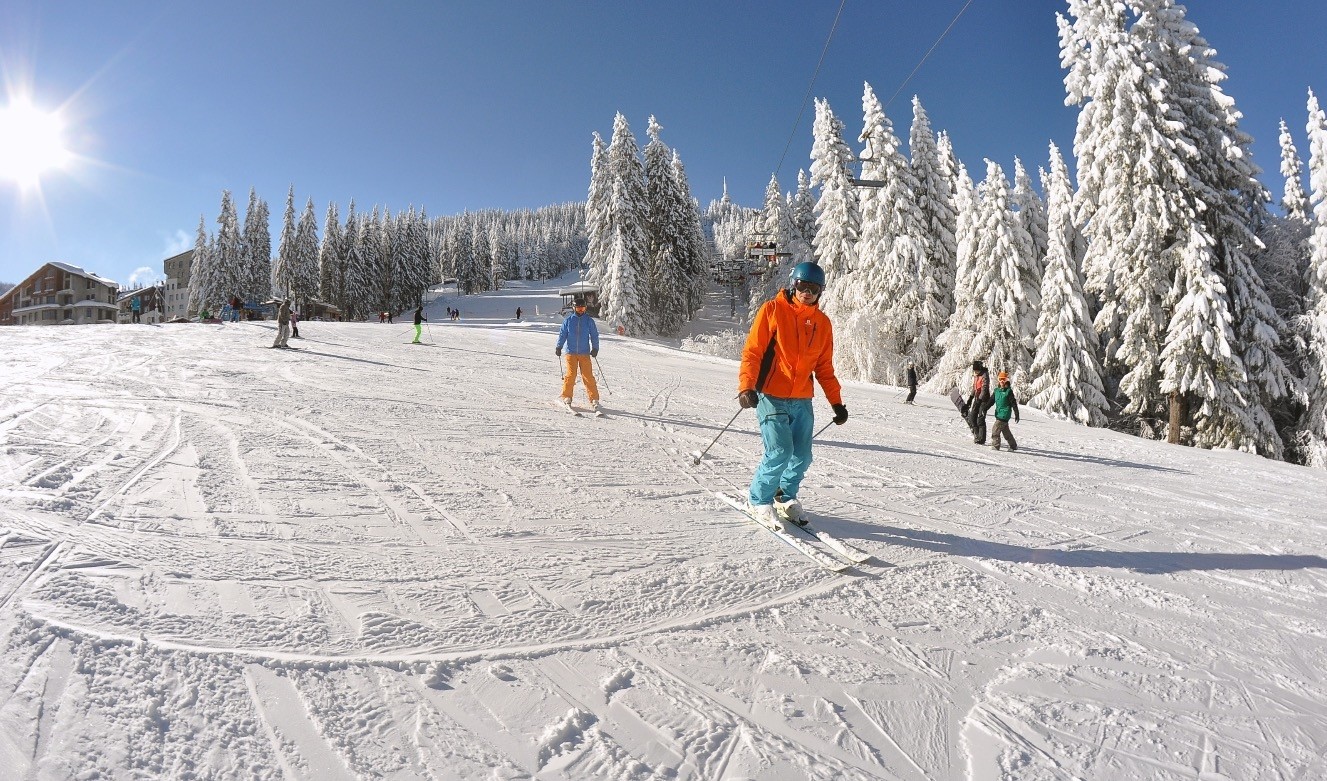 Boosted by national flag carrier THY's campaign, Bulgaria's Pamporovo ski center is seeing high demand by Turkish holidaymakers, who are among the leading number of tourists there

Interest in ski tourism has increased rapidly in recent years. As the occupancy rates hit 90 percent in many ski centers in Turkey's leading winter spots such as Bursa's Uludağ and Kayseri's Erciyes, holidaymakers have begun showing great interest in new routes.

One of these rising destinations is Bulgaria. The country's famous Pamporovo ski center, which stands out as one of national flag carrier Turkish Airlines' (THY) investments in winter tourism, has increased the occupancy rate on Sofia flights to 70 percent.

THY's campaign for Bulgaria's Pamporovo region has attracted great interest and the carrier is now scheduling additional flights to Bulgaria's capital, according to a report in Turkish daily Hürriyet.

THY Sofia Director Mehmet Gürkaynak said it is possible to reach Sofia with a one-hour flight from Istanbul, while the distance between Sofia and Pamporovo is approximately three hours. "We have launched a new campaign for groups of 10 and over who travel with THY's noon flight," he continued. "Transfer from Sofia Airport to Pamporovo is free. Overnight stay and breakfast prices start at 45 euros [$50] in a five-star hotel. Ski pass tickets for Turkish tourists are also provided free of charge, while ski equipment and ski lessons are free for those who buy a six-day package."

Gürkaynak stated that they increased their occupancy rate on Sofia flights with these campaigns. "Today the Istanbul-Sofia line is very popular. Currently flying to Sofia 18 times a week, THY will raise this number with noon flights. As of April 1, we will have three flights a day, totaling 21 times a week," he added.

With a skiing history of 80 years, Pamporovo has more than 60 hotels with a capacity of 7,000 beds and ski slopes of 60 kilometers. The ski resort, located in the region with the second cleanest air of Europe, hosted nearly 15,000 Turkish tourists last season. In addition to the Turkish tourists who make up a large part of the annual travel figures, the region also attracts tourists from various countries such as Romania and Serbia.

Marian Beliakov, the CEO of Pamporovo Ski Resort, said the number of ski tourists from Turkey increases each year. "Turkish tourists are our top priority," Beliakov said. "Turks lead the way among tourists visiting Pamporovo. The interest in Turkish tourists is so intense that there is also a Turkish-speaking trainer at the ski school in Pamporovo. We are working on this issue to meet the demand of tourists."