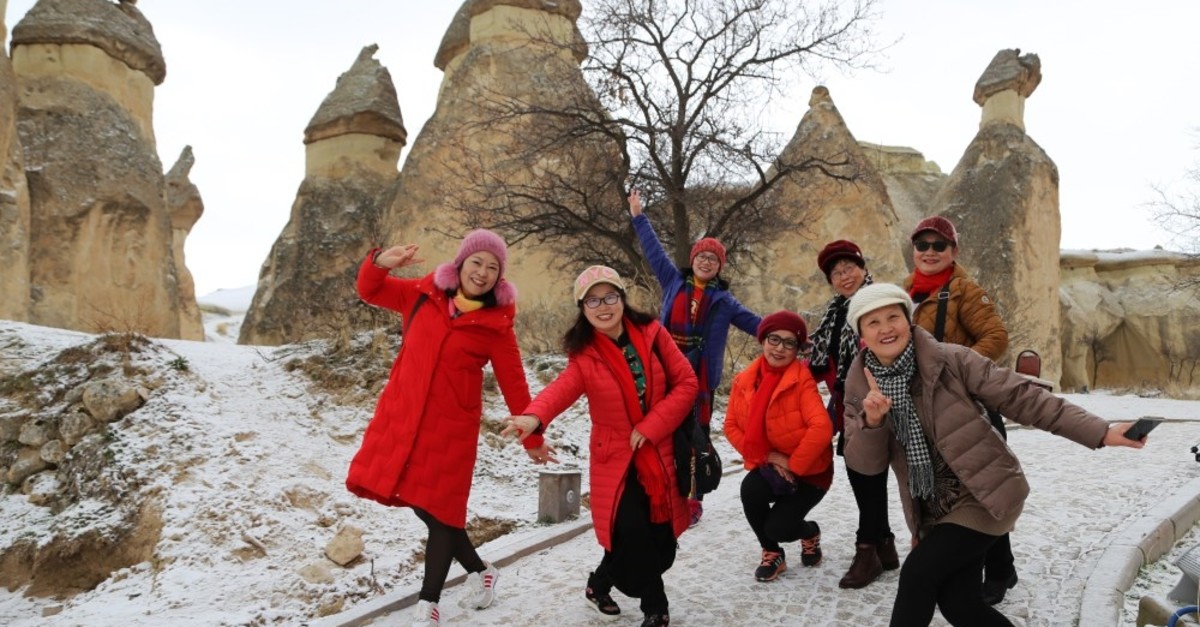 The number of foreign tourists visiting Turkey in January this year was 1.5 million, a rise in target tourism markets - the Far East, Europe and the Americas.

According to Culture and Tourism Ministry border entrance and exit statistics, foreign tourists in Turkey in January surged by 5.33 percent year over year, with the number of visitors from the target markets increasing by 40 percent, the ministry said in a statement.

Bulgarians led the way with 133,806 tourists - almost 9 percent of foreign visitors - followed by Georgia with 112,376 tourists, 7.3 percent of all visitors, and Germany with 102,120 tourists, 6.6 percent. Germany was followed by Iran and the Russian Federation.

The number of visitors from France increased by 18.44 percent, followed by Germany with 17.55 percent, Italy with 15.78 percent and the Netherlands with 11.75 percent. Tourists from Poland rose by 68.26 percent.

Istanbul, the largest city by population and a top tourist draw, attracted nearly 60 percent of all visitors - nearly 919,000.

The northwestern province of Edirne, which borders Bulgaria and Greece, had the second-highest number of foreigners - over 190,000 - in January, followed by the Black Sea province of Artvin, bordering Georgia, with nearly 119,000 foreigners.

Official data also showed air travel was the most popular way for foreigners to reach Turkey, with 1.1 million foreign travelers flying, while over 408,000 used roadways.

On the other hand, Turkey's holiday resort Antalya has become the most popular tourist destination for Germans, according to market researcher GfK.

Summer bookings made earlier this year showed Antalya has become the number one choice of German tourists, followed by the Spanish island of Mallorca and the Greek island of Crete, Nuremberg-based GfK said in a new report released ahead of next week's Berlin tourism fair.

holidaymakers for beach holidays on Turkey's Aegean and Mediterranean coasts.

"Turkey is celebrating the comeback of the year," the report said, adding that it expects strong demand to continue in the coming weeks. Turkey aims to attract more than 5.5 million German tourists this year.

Turkey enjoyed a boom in foreigners last year with a double-digit increase in the number of foreign tourists and tourism income.

It welcomed 39.5 million foreigners, a 21.84 percent increase year-on-year, according to Culture and Tourism Ministry data, while the Turkish Statistical Institute (TurkStat) revealed that tourism income surged 12.3 percent to $29.5 billion.