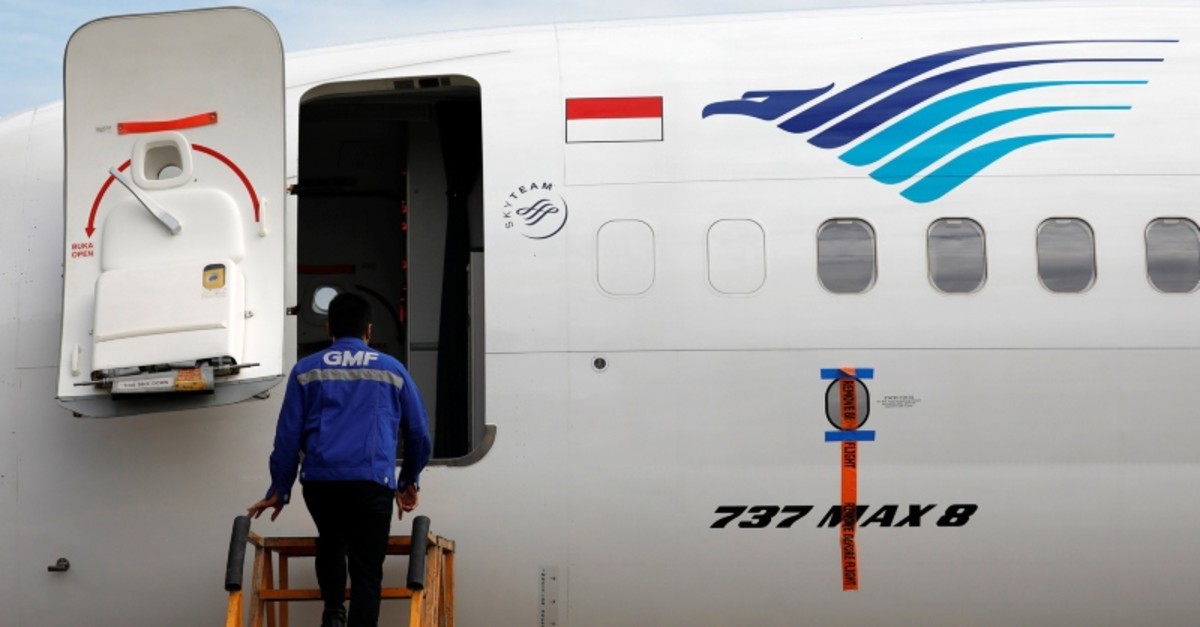 Canada on Wednesday joined a growing list of countries that closed its airspace to Boeing's 737 Max airplanes, the model involved in the Ethiopian Airlines crash that killed all 157 people on board.

"As a result of new data that we received this morning, and had the chance to analyze, and on the advice of my experts and as a precautionary measure, I issued a safety notice," Transport Minister Marc Garneau told a press conference.

"This safety notice restricts commercial passenger flights from any operator of the Boeing 737 MAX 8 or MAX 9 variant aircraft, whether domestic or foreign, from arriving, departing or overflying Canadian air space. This safety notice is effective immediately and will remain in place until further notice."

More than 370 of the 737 MAX 8s are in service around the world, including 41 in Canada operated by Air Canada, Westjet and charter tours firm Sunwing.

"There is going to be some disruptions," Garneau said. "But caution has to dominate."

The crash, which occurred six minutes after takeoff Sunday, was the second involving a Max 8 plane in just five months. And airline pilots on at least two U.S. flights have reported that an automated system seemed to cause their planes to tilt down suddenly.

While aviation experts warn against drawing conclusions until more information emerges from the investigation, much of the world, including the European Union, has grounded the Max 8 or banned it from their airspace. Ethiopian Airlines, widely seen as Africa's best-managed airline, grounded its remaining four models.

"Similar causes may have contributed to both events," European regulators said, referring to the Lion Air crash in Indonesia that killed 189 people in October.

"In addition to the basic trainings given for 737 aircraft types, an additional training was given for the Max version," Tewolde told to state news reporters.

"After the Lion Air crash, questions were raised, so Boeing sent further instructions that it said pilots should know. Those relate to the specific behavior of this specific type of aircraft. As a result, training was given by Boeing, and our pilots have taken it and put it into our manuals," he said.

Tewolde said he is confident the "investigation will reveal that the crash is not related to Ethiopian Airlines' safety record."

The United States, where Boeing is based, is one of the few remaining operators of the plane.

More countries took action Wednesday. Lebanon and Kosovo barred the Boeing 737 Max 8 from their airspace, and Norwegian Air Shuttles said it would seek compensation from Boeing after grounding its fleet. Egypt banned the operation of the aircraft. Thailand ordered budget airline Thai Lion Air to suspend flying the planes for risk assessments. Lion Air confirmed reports it has put on hold the scheduled delivery of four of the jets.

Boeing has said it has no reason to pull the popular aircraft from the skies and does not intend to issue new recommendations about the aircraft to customers.

Boeing CEO Dennis Muilenburg spoke with President Donald Trump and reiterated that the 737 Max 8 is safe, the company said. Its technical team, meanwhile, joined U.S., Israeli, Kenyan and other aviation experts in the investigation led by Ethiopian authorities.

The Federal Aviation Administration also backed the jet's airworthiness and said it was reviewing all available data. "Thus far, our review shows no systemic performance issues and provides no basis to order grounding the aircraft," acting FAA Administrator Daniel K. Elwell said in a statement.

Some aviation experts have warned that finding answers in this crash could take months.

An Ethiopian pilot who saw the crash site minutes after the disaster told AP that the plane appeared to have "slid directly into the ground."

Tewolde said the aircraft was "totally sunken under the ground. Tragically we only found tiny body parts."

More devastated relatives of victims arrived at the crash site Wednesday, some supported by loved ones and wailing.

Others mourned in private. Dawit Gebremichael sat with a photograph of his only sister, Sara, a flight attendant on the plane. She left three children.

"It is customary for Ethiopians to have a body and a proper burial," he told the AP. "But we don't have the body here, and we don't expect anything now."