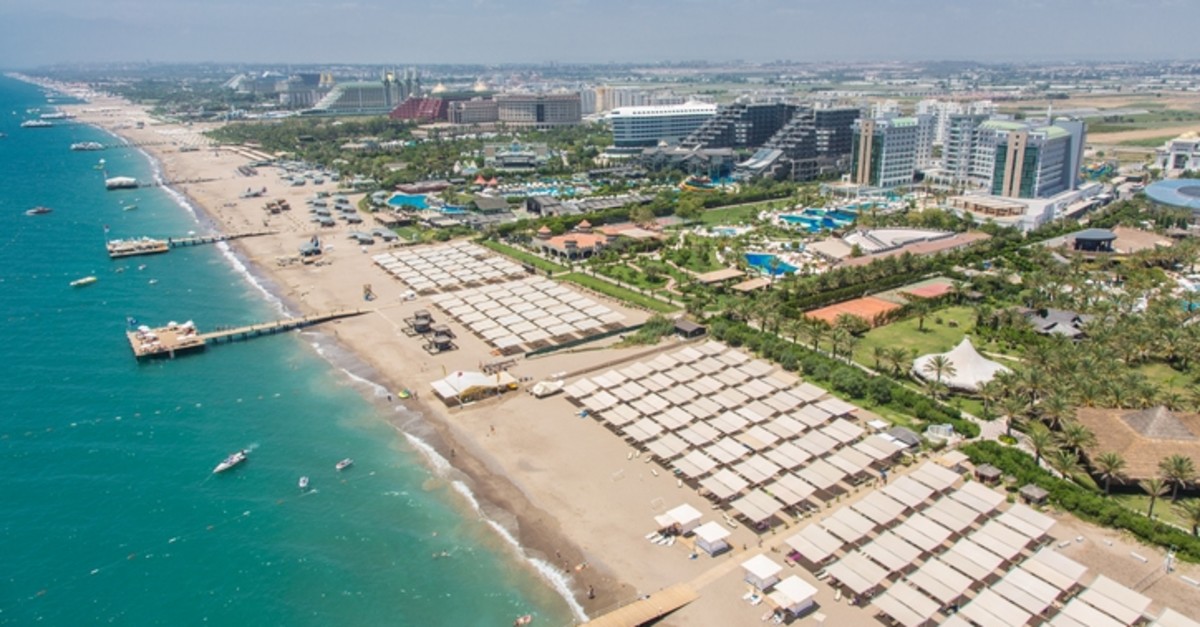 A report released Thursday by the union of Turkish hoteliers showed a rising trend in the tourism sector in 2018 following two tumultuous years.

The Hotel Association of Turkey (TÜROB) report, based on Investment Incentive Certificates awarded by the Ministry of Trade, showed that the applications were made for 167 new hotel projects with 28,661 bed capacity last year.

These new investments, which will be carried out through a sum funding of 3.05 billion Turkish liras (nearly $550 million on average currency rates in 2018), are expected to provide 8,303 additional jobs in the tourism sector.

The number of new project applications dropped by 13 percent compared to 2017, when investment incentive certificates were awarded for 192 new hotel projects with 33,259 bed capacity (bc). However, the total investment amount, TL 3.3 billion in 2017, slightly increased by 0.6 percent per project.

While the overall bed capacity dropped by more than 60 percent in the last five years, the investment per bed capacity increased by 63 percent with rising costs.

Istanbul, Turkey's largest city and cultural and economic capital visited roughly by one-third of all tourists arriving in the country, ranked first in terms of new project proposals with 22 facilities (4,333 bc). The southern province of Antalya, dubbed the Turkish tourism capital, and southwestern province of Muğla, together forming the Turkish Riviera, followed closely behind with 17 and 14 projects (4,128 and 3,413 bc), respectively.

The northern Trabzon province, a leading area with a significant number of investments in the past two years, shared third place with Muğla with 14 projects (1,353 bc), followed by western Izmir with 8 (1,265 bc) and eastern Van with 6 applications (535).

Trabzon's lead was also followed by other provinces in the Black Sea region, mainly popular among Arab tourists, with applications for new projects also made in Samsun (5), Rize (4), Giresun (3), Ordu (3), Artvin (2) and Amasya (1) provinces.