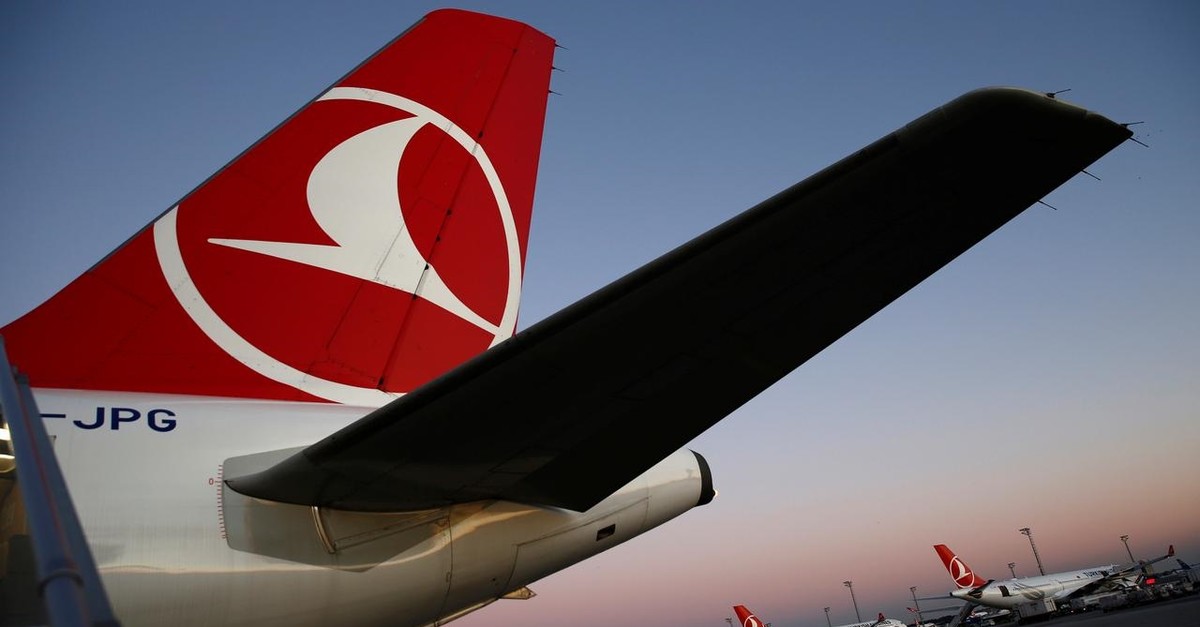 Turkish Airlines (THY) aircraft are seen parked at Atatu00fcrk International Airport in Istanbul, December 8, 2017. (Reuters Photo)
by Daily Sabah Mar 21, 2019 12:30 am
Turkey's national flag carrier Turkish Airlines (THY) on Wednesday denied reports claiming that the company had been sold to Qatar Airways.

"News reports about the sale of Turkish Airlines which surface from time to time have no basis in reality. We wish to respectfully inform the public that we reserve our legal rights about these baseless speculations," THY's Senior Vice President of Media Relations Yahya Üstün said on Twitter.

Meanwhile, THY CEO Bilal Ekşi used the spotlight to quell rumors and praise the company's progress, saying the airline flies to more countries — currently 121 countries — than any other airline in the world. "We don't just carry passengers, but also culture, tourism, and develop business with entrepreneurs," he said.

The CEO stressed that Turkish Airlines currently has a fleet of over 330 aircraft, including passenger and cargo planes — an over fivefold rise from its fleet of 65 in 2003.

"In terms of fleet size, our company is the number 10 airline in the world," he said.

"We aim to be one of the top two [companies] in the world," he said. "Toward this end, our efforts will continue."

Ekşi added that over 10 percent of Turkish Airlines' revenues come from carrying freight.