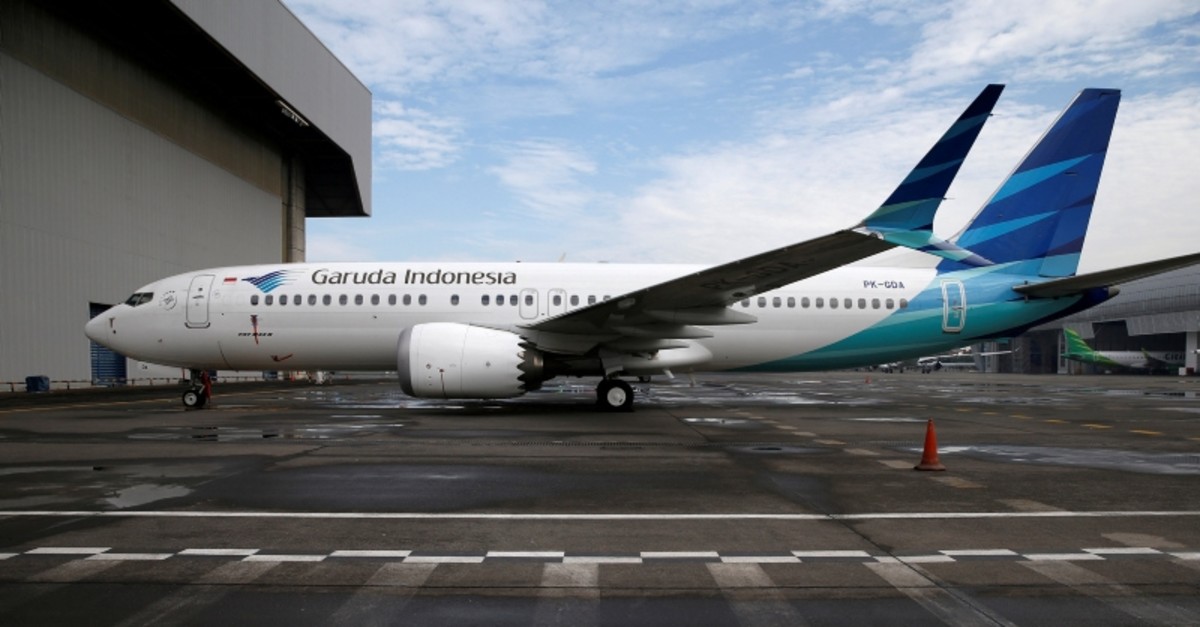 In a blow for Boeing, Indonesia's flag carrier is seeking the cancellation of a multibillion dollar order for 49 of the manufacturer's 737 Max 8 jets, citing a loss of confidence after two crashes in the past six months.

National carrier Garuda is the first airline to publicly announce plans to scrap an order since a total of 346 people were killed in 737 MAX crashes in Indonesia and Ethiopia, leading the world's entire fleet of the aircraft to be grounded.

Southeast Asia faces a glut of narrow-body aircraft like the 737 MAX and rival Airbus A320neo at a time of slowing global economic growth and high fuel costs.

"They have been re-looking at their fleet plan anyway so this is an opportunity to make some changes that otherwise may be difficult to do," CAPA Centre for Aviation Chief Analyst Brendan Sobie said.

Indonesia's Lion Air has also said it might cancel 737 MAX aircraft after losing a brand-new jet in an accident in October that killed 189 people, though industry sources say the airline is also struggling to absorb the number of planes on order.

Both that crash, and an Ethiopian Airlines one on March 10 that killed 157, are still being investigated. But regulators have noted some similarities between the two, and attention has focused on whether pilots had the correct information about the "angle of attack" at which the wing slices through the air.

No direct link has been proven between the accidents.

Boeing now plans to make compulsory a light to alert pilots when sensor readings of the angle of attack do not match - meaning at least one must be wrong -, according to two officials briefed on the matter.

A faulty angle-of-attack reading led the doomed Lion Air jet's computer to believe it had stalled, prompting the plane's anti-stall system, called MCAS, repeatedly to push the plane's nose down.

The Lion Air plane did not have the warning light installed because it was not compulsory. Ethiopian Airlines did not immediately comment on whether its crashed plane had the alert.

But the Ethiopian carrier, whose reputation along with Boeing's is at stake, issued a statement on Friday emphasizing the modernity of its safety and training systems, with more than $500 million invested in infrastructure in the past five years.

The Ethiopian crash has set off one of the widest inquiries in aviation history and cast a shadow over the Boeing 737 MAX model intended to be a standard for decades.

Boeing did not comment on the plan to make the safety feature standard, but separately said it was moving quickly to make software changes and expected the upgrade to be approved by the U.S. Federal Aviation Administration (FAA) in coming weeks.

Experts said it could take weeks or months to be done, and for regulators to review and approve the changes. Regulators in Europe and Canada have said they will conduct their own reviews of any new systems.

Since the Ethiopian crash, Boeing shares have fallen 12 percent and $28 billion has been wiped off its market value.

Pressure has mounted on the company from U.S. legislators, who are also expected to question the FAA. The company faces a criminal investigation by the U.S. Justice Department as well.

Several lawsuits have already been filed on behalf of victims of the Lion Air crash referring to the Ethiopian accident. Boeing declined to comment on the lawsuits.