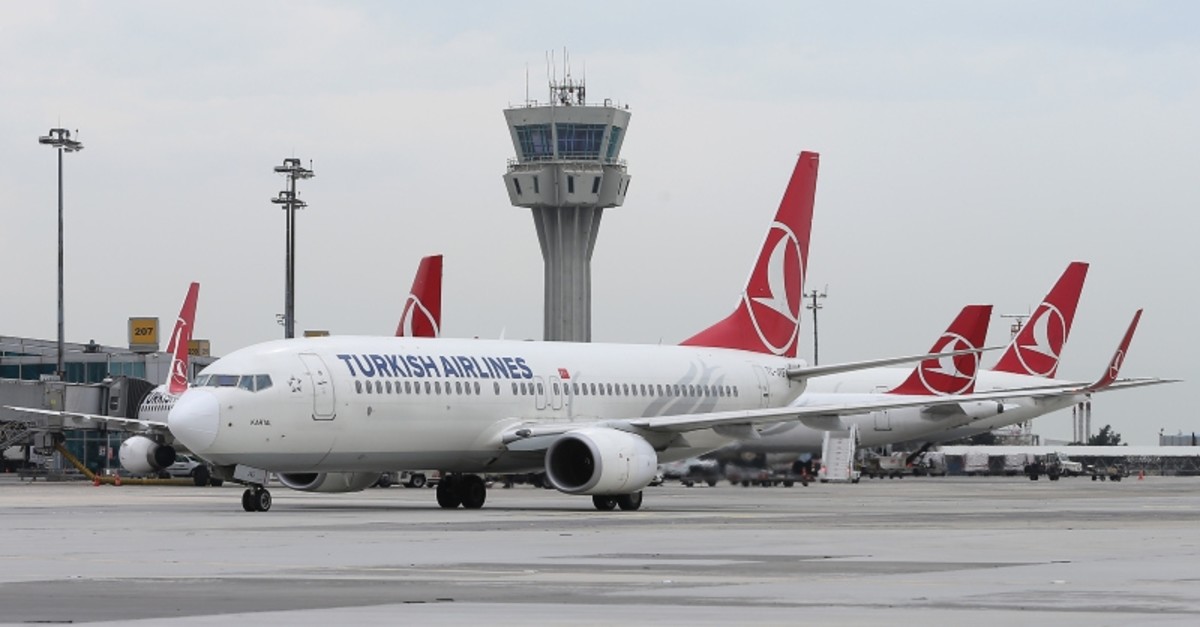 As the Turkish aviation industry officially began its countdown to move to the country's new international and transit hub, many people are in line to bid farewell to the old airport that served Istanbulites and many others throughout the world for decades.

Passengers who want to go down in history as the last ones to fly from Istanbul's Atatürk International Airport have been rushing to grab a spot on the final scheduled flight, and this high demand has driven ticket prices up considerably.

The last-ever flight operated by Turkey's national flag carrier Turkish Airlines (THY) from the airport located in Istanbul's Bakırköy district will depart at 2:00 a.m. on March 6 for Singapore and the airport will terminate its commercial passenger operations, which will then continue at the enormous Istanbul Airport starting from 2:00 p.m.

350 lucky passengers will get to ride on a Boeing 777 for a 10-hour journey to Singapore's Changi Airport in economy and business class, but it seems that they might have to cash out a bit more than usual to be a part of this historic farewell flight.

Currently, the prices for an economy class seat have reached TL 4,876 ($845), up from an average of TL 3,400 ($590), while a passenger wishing to fly business will face prices of up to TL 17,000 ($2,950) from about TL 12,000 ($2,081). The ticket prices are expected to increase as the flight nears.THY, boasting a fleet of more than 300 aircraft, will transfer from its old base, Atatürk International Airport, to its new home, the enormous Istanbul Airport, starting at 3 a.m. on Friday, April 5 in what is dubbed as the biggest logistical operation in aviation history.

The process of moving to the new airport actually began with the opening of the airport in October last year, with the final stage expected to take a continuous 45 hours and be completed just before midnight on April 6. For the "Big Migration" to be completed and processed as planned, both the outgoing Atatürk Airport and incoming Istanbul Airport will be closed to all passenger flights between 2 a.m. and 2 p.m. that day.

Demand for the first flight after the "Big Migration", which will be to capital Ankara's Esenboğa Airport, also remains high.

The Istanbul Airport will be closed to commercial flights for 35 hours between 3 a.m. on April 5 and 2 p.m. on April 6. Between 2 and 7 p.m. the airport will be open to Turkish Airlines' scheduled flights, and from 7 until midnight it will only be open to the passenger flights of carriers that are based at Istanbul Airport, namely the THY, AtlasGlobal and OnurAir. Starting at midnight on April 7, the new transport hub will be officially open to all domestic and international flights.

Atatürk Airport was initially established as a military airfield during final years of the Ottoman Empire in 1912, and started serving as an airport in 1953. Initially known as the Yeşilköy Airport after the neighborhood where it is located in, it was renamed after the republic's founder Mustafa Kemal Atatürk in 1985.

Following the migration, Atatürk Airport will continue to serve for cargo operations and for Turkish and foreign officials. President Recep Tayyip Erdoğan said last year that the airport will be turned into a huge public park, but the details of the project and whether the airfield will fully cease to exist are not concrete yet.