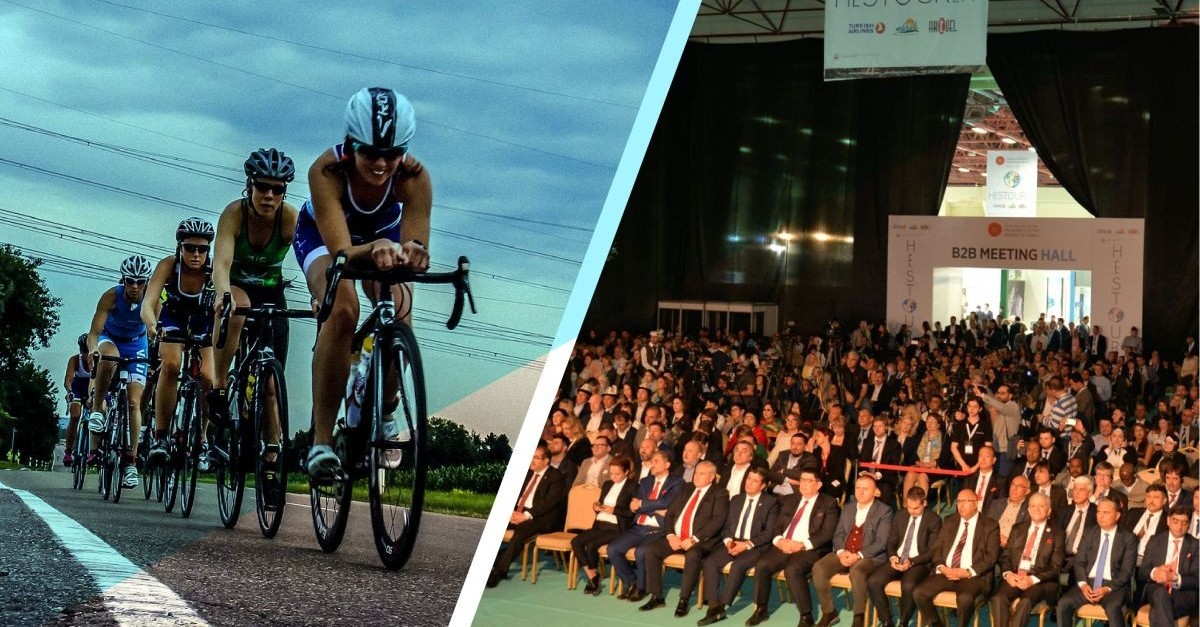 Turkish Triathlon Federation is among the federations that are expected to participate in HESTOUREX 2019.
by Daily Sabah with AA Mar 25, 2019 12:03 am

As a key platform where health, sports and alternative tourism professionals meet, the HESTOUREX fair will gather concerned parties from all over the world in Antalya under the theme of ‘Sports Tourism' this year

The HESTOUREX 2019 Health, Sports and Alternative Tourism Fair, which is organized under the auspices of the Turkish Presidency, will bring together people from all over the world at the Antalya EXPO Center between April 4 and April 7.

It is Turkey's first and only multidisciplinary platform established with the aim to introduce Turkey's potential in health, sport and alternative tourism by developing bilateral cooperation between countries at global professional business meetings.

Having opened with "Camp Caravan" and "Gastronomy" themes in the last two years, the theme of "Sports Tourism" will be covered this year. Last year's fair was very successful; it created a huge remarkable platform for B2B (business to business) meetings. This year, it is intended that the fair will continue the success that it achieved in 2018 and double the potential business opportunities.

A press meeting was held in the capital Ankara to publicize the fair. Speaking at the meeting, HESTOUREX Consultative Committee President Emin Çakmak said that health tourism has gained speed in the last 15 years and contributed to the country's economy. Çakmak noted that the same potential can be shown in sports tourism.

Some 25 sports federations are expected to participate in HESTOUREX 2019. Çakmak stressed that sports tourism is a sector that will bring in $10 billion in the coming years. Sports Tourism Union Association President Şamil Yaşacan also remarked that HESTOUREX is Turkey's brand and is an example to the world.

"International federations that will come with the theme of sports tourism will have the opportunity to see the sports tourism opportunities of our country," Yaşacan said. Emin Çakmak continued talking about the health sector in Turkey.

"The bilateral talks that were conducted within the body of HESTOUREX have contributed TL 20 billion to the health tourism economy. This year, our target is to reach TL 30 billion and to provide a record level of new business potential to our country," he explained.

Antalya Expo Center has reached an exhibition area of 60,000 square meters. At it has enlarged itsarea, the center expands its organizational profile, going on hosting a large number of general and trade fairs, and carrying out fairs and events under one roof.

In addition to the fairground, Antalya Expo Center serves as a congress center with 15 meeting rooms divided in the range of 10 and 1,000 people. Its halls offer the opportunity to make congresses concurrently with fairs, host congresses, conferences, seminars, panels, galas, launches, fashion shows, spectacles and special events unforgettable.

On April 4 to April 7, the center will be a stage for the health, sports and alternative tourism world. For more information about the festival, you can visit its official website.