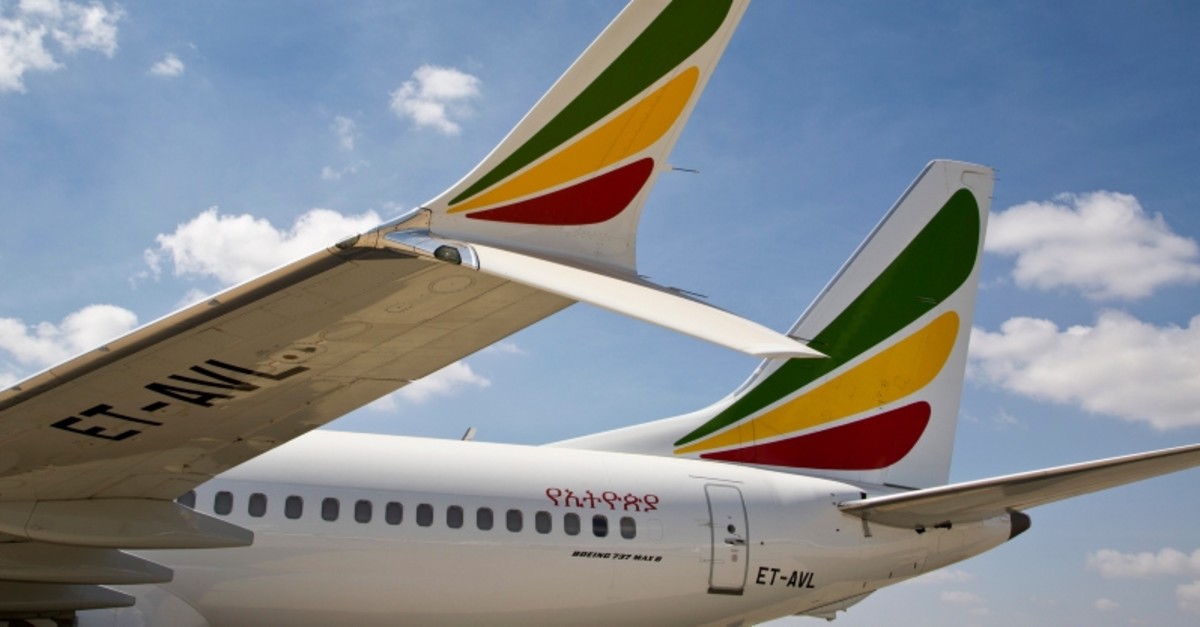 The winglet of an Ethiopian Airlines Boeing 737 Max 8 is seen as it sits grounded at Bole International Airport in Addis Ababa, Ethiopia Saturday, March 23, 2019. (AP Photo)
by Compiled from Wire Services Mar 27, 2019 9:38 pm

Boeing said on Wednesday it had reprogrammed software on its 737 MAX to prevent erroneous data from triggering an anti-stall system that is facing mounting scrutiny in the wake of two deadly nose-down crashes in the past five months.

"We are going to do everything that we can do to ensure that accidents like these never happen again," Mike Sinnett, Vice President for Product Strategy and Future Airplane Development told reporters on Wednesday at a Boeing facility near Seattle.

The planemaker said the anti-stall system, which is believed to have repeatedly forced the nose lower in at least one of the accidents, in Indonesia last October, would only do so once per event after sensing a problem, giving pilots more control.

"Flight control system will now compare inputs from both AOA sensors. If the sensors disagree by 5.5 degrees or more with the flaps retracted, MCAS will not activate. An indicator on the flight deck display will alert the pilots," Sinnett said.

He highlighted: "If MCAS is activated in non-normal conditions, it will only provide one input for each elevated AOA event. There are no known or envisioned failure conditions where MCAS will provide multiple inputs."

"MCAS can never command more stabilizer input than can be counteracted by the flight crew pulling back on the column. The pilots will continue to always have the ability to override MCAS and manually control the airplane," Sinnet added.

MCAS played a key role in the crash of a 737 MAX 8 on October 29 in Indonesia, according to crash investigators. The system is believed to have pushed the nose of the plane down automatically while the crew tried to keep it pointing upward.