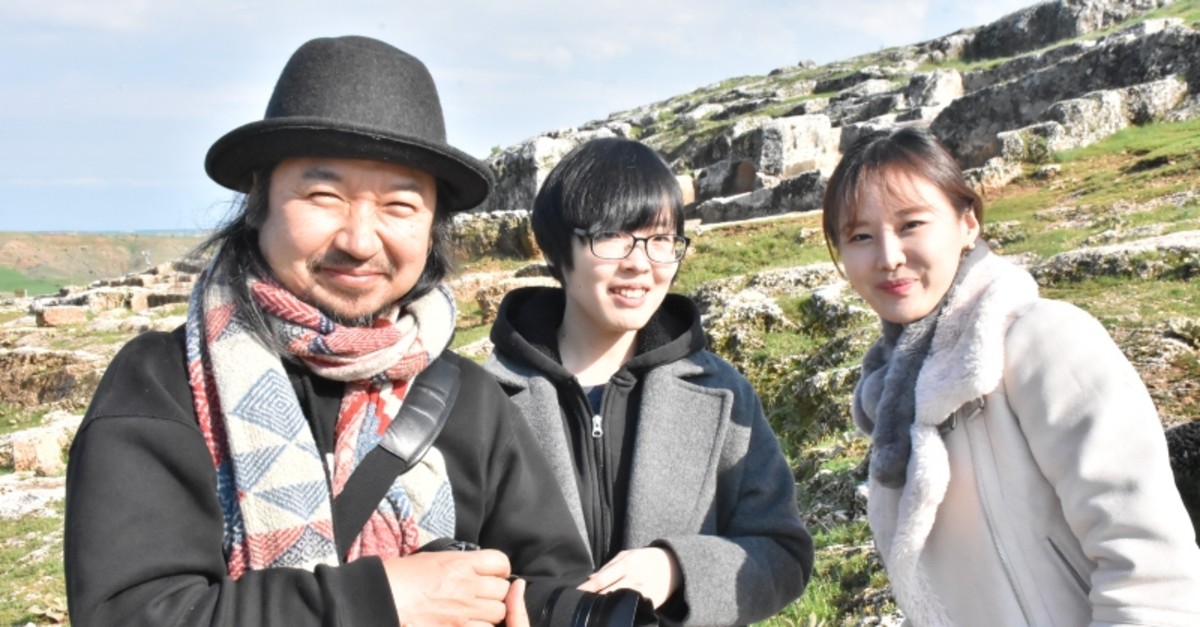 A group of South Korean writers and photographers came to southeastern Turkey's Adıyaman province to collect information and footage to promote and introduce the city to their country for a special edition of their local magazine.

The group consisting of three people from South Korea's "Travelers" magazine came to Turkey under the sponsorship of the Adıyaman Provincial Culture and Tourism Directorate and Turkish Airlines. The trio will publish a 30-page special edition to promote Adıyaman – a city home to many historical places, including the ancient city of Perre, one of 5 largest cities of the Commagene Kingdom.

Mustafa Ekinci, chairman of the directorate, told Anadolu Agency (AA) that the directorate will not only introduce Adıyaman to the South Korean delegation but also do the same for Şanlıurfa and Gaziantep in Turkey's southeast.

Anna Kwon, a writer from the magazine told AA that it was the first time she had been to Adıyaman as well as Turkey.

"We visited the ancient city of Perre. I'm very impressed. It's a very exciting place. Especially the tombs and burial chambers there really impressed me. I've received important information about life there thousands of years ago," Kwon said.

Ekinci also said that a delegation from the directorate had previously visited South Korea where they met with tourism agencies to boost tourism, adding that a team of nine South Koreans consisting of tourism agency CEOs and bloggers had also recently visited the city, along with a group of journalists.