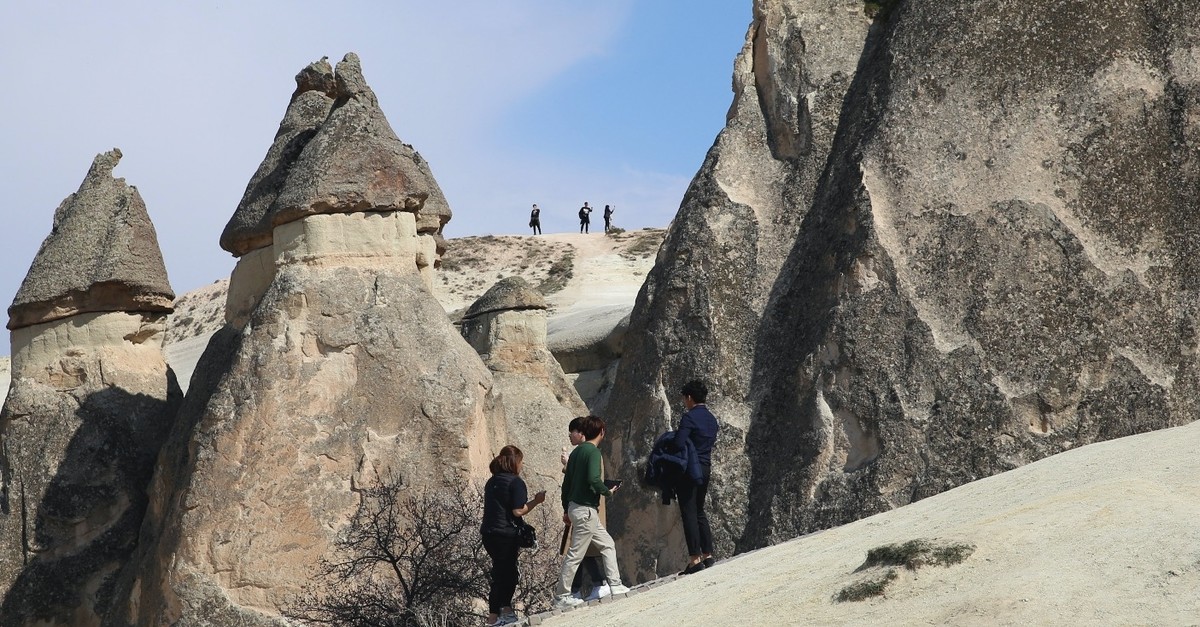 Cappadocia offers its visitors a unique experience with natural rock formations, rock-carved historical monasteries, boutique hotels and hot air balloon tours. It has seen a significant rise in the number of tourists in recent years.

According to the provincial culture and tourism administration, the region hosted 379,713 tourists in the first quarter of 2014, the number dropped dramatically to 182,162 in 2016, when Turkish tourism was hit by negative trends. During the January-March period in 2018, the numbers showed improvement and a total of 384,862 visitors came to the region. The upward movement has continued this year and the region has seen the highest quarterly tourism figures in the last six years.

Göreme Open Air Museum, the area most frequented by tourists, welcomed 208,482 visitors and 94,993 tourists visited the Kaymaklı Underground City in the first quarter of the year. Derinkuyu Underground City also welcomed 66,203 local and foreign tourists in this period.

Göreme Tourism Development Cooperative Head Mustafa Durmaz, in a statement to Anadolu Agency (AA), stressed that the tourism professionals predicted the increase in the number of visitors in the first months of this year and noted that they had already done preparations in order to accommodate the rising demand by the end of last year.

Durmaz pointed out that visitors from Europe and the Far East generally prefer the region and underscored that as the weather conditions improve, Cappadocia will more visitors. "Cappadocia has seen one of the highest tourism figures in the recent years in the first three months of the year. The high numbers at the end of last year indicated that 2019 will be a buoyant year for tourism in Cappadocia," Durmaz said.