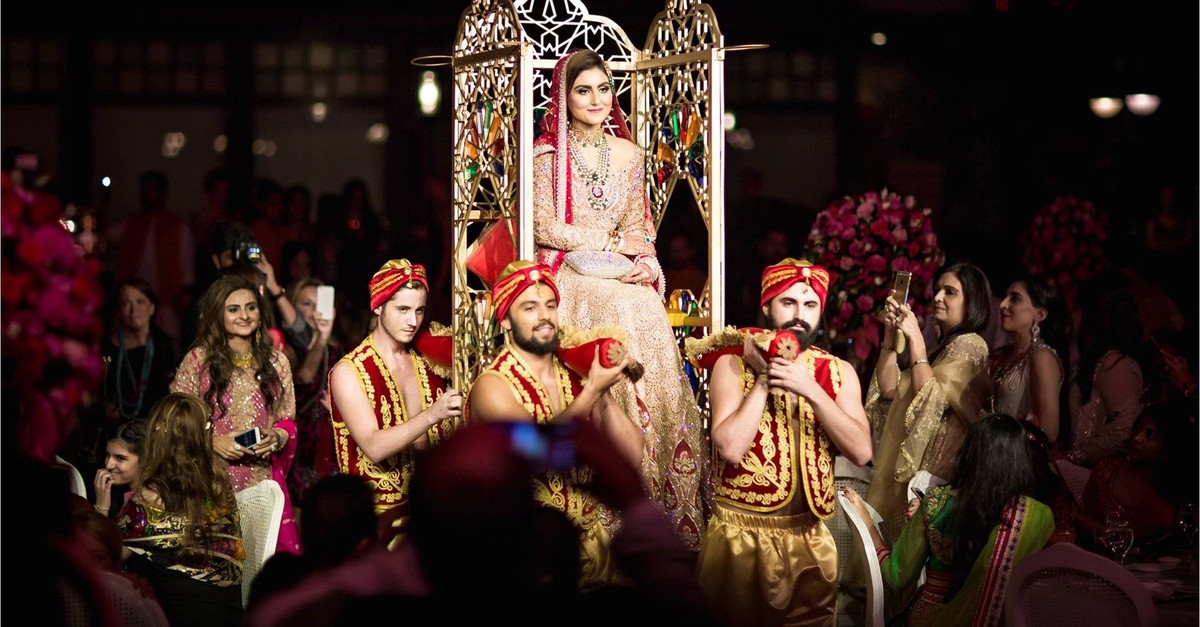 Turkey's resort city of Antalya, which has become a frequent destination for Indian couples getting married in million-dollar weddings will host four consecutive Indian weddings in 11 days. For the last few years, Indian couples getting married have been enjoying splendid weddings in the summer breeze of Turkish resort cities and towns like Bodrum and Antalya, located in the country's southwest, and now this year seems like it will be a very dynamic season in terms of Indian weddings.

According to a written statement from Inventum Global, one of Turkey's leading MICE (meetings, incentives, conferences and exhibitions) operators for Hindu weddings, four major weddings will be held in Antalya's tourism center of Belek.

Those getting married wedding asked Inventum Global not to disclose their names or the budgets of the weddings, which will be celebrated with a charming ambiance and impressive visual shows. The company, which coordinates everything in regards to weddings, including airplanes, hotels, transfers, entertainment activities and special nights, will have a team of approximately 1,000 people at these four large weddings, using 100 trucks of decorations, stage, sound, light and display systems.

The preparations, which started months ago, are carried out in complete confidentiality. In addition to a Turkish crew, professional shooting and production teams, technical teams, cooks, and service and decorating teams were brought from Dubai and India for the ceremonies. Performances, sound and light shows and activities to be held throughout the day for the weddings designed with tens of thousands of flowers will give guests an unforgettable experience. Bünyat Özpak, the managing partner of Inventum Global, said that they have started seeing results from their ongoing marketing activities in the Indian market, stressing that Turkey will be in a much better place in the Indian wedding market after four consecutive high-budget wedding ceremonies over 11 consecutive days. "In the near future, we believe Turkey will be at the top of the list among the most preferred destinations in the Hindu wedding market," he added.

On the other hand, tourism professionals recently indicated that in Muğla, another prominent tourist spot, they expect the number of Indian weddings in the city to see a 300 percent rise throughout this year and the same increase is expected in the number of Indian tourists.

Turkey, which wants a share of the $60-billion Indian wedding industry, has made serious progress in the last two years with President Recep Tayyip Erdoğan's visit to India and the efforts of local tourism companies.