Turkey one of top choices for British holidaymakers in summer '19 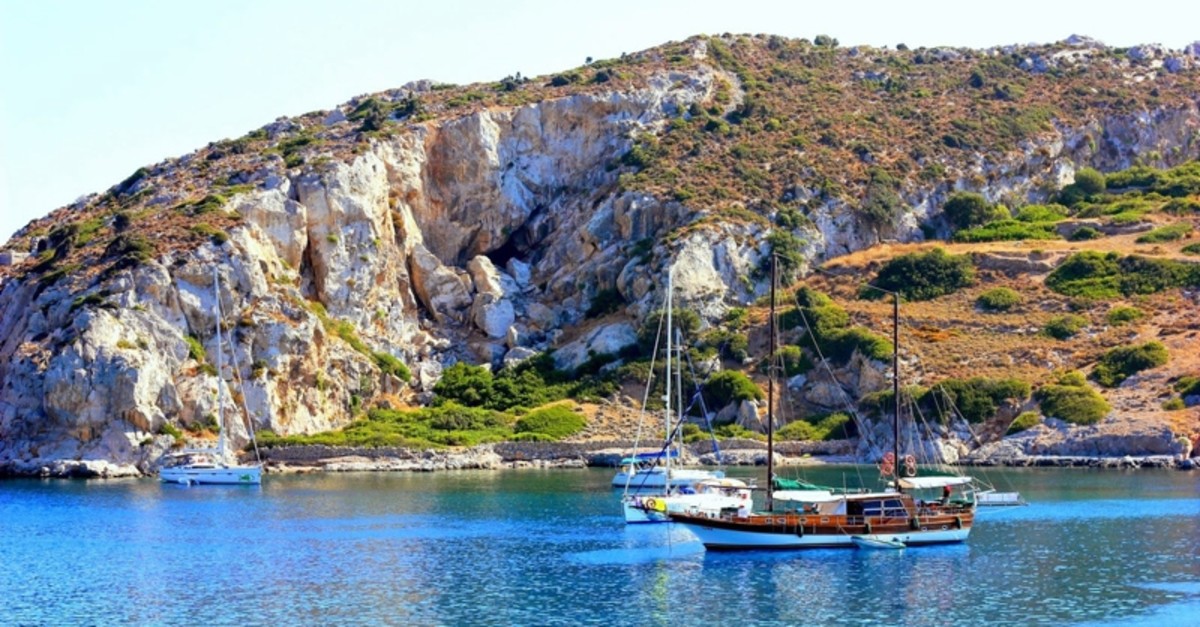 Turkey has been one of the top destinations for Britons for the summer of 2019 as holidaymakers turned their backs to EU destinations due to Brexit uncertainties, a top holiday agency said on Monday.

The number of Turkish package holidays sold to British people has rocketed 27% compared to last year, leaving Greece behind with Spain remaining in the top spot, a report by Thomas Cook said.

Britain was due to leave the EU on March 29, but an impasse in Parliament over the terms of Prime Minister Theresa May's Brexit deal has delayed departure. A new deadline of Oct. 31 was agreed with Brussels. Thomas Cook, the world's oldest travel company, said it was "clear that the prolonged uncertainty around the manner and timing of Britain's exit from the European Union has led many to delay their decision on when and where they book for their summer holidays."

But the majority of the 3,422 U.K. holidaymakers surveyed by the company nevertheless said they were more likely to holiday abroad than last year, with a quarter saying that a foreign holiday was higher in their spending priorities than in 2018, compared to just 8 percent who said it was lower.

"Britain may be living through unique times from a political perspective, however our desire to holiday abroad is clear," said Will Waggott, Chief of Tour Operating for Thomas Cook.

"The political turmoil is having an impact in other ways, revealing itself as a clear shift to non-EU countries."

The Thomas Cook Holiday Report says the pound's dropping value due to Brexit has resulted in a 48% increase in all 2019 summer bookings to destinations outside the eurozone.

"Turkey has risen up the ranks to become Thomas Cook's second most popular destination overall for Brits and a quarter of all Thomas Cook Airlines' bookings are to this Eastern Med hotspot," the report said.

It added: "Turkey has been rising back up the ranks of the destination league table for the last few years.

"In 2019 it reaches a new peak, with flight-only bookings to Turkey seeing a 27% uplift compared to last summer.

"At this point in 2018, Turkey was at the number three spot in the list of the most popular summer getaways so it has already leapfrogged Greece this year.

"Aside from its attractiveness for being outside the EU, Turkey is a 2019 tourism hotspot thanks to the great value for money offered by its five-star resorts."

According to the report, Britons are turning their backs on classic holiday destinations such as Italy and France but preferring Turkey instead.

"For those who have booked, it's non-EU countries such as Turkey and Tunisia which are proving popular, along with all-inclusive deals as customers 'lock in' costs for food and drink for peace of mind," he said.

TUI Airways said it will increase capacity to Antalya and Dalaman airports by 45,000 seats in the summer of 2020.

Antalya, a Mediterranean resort city in Turkish Riviera, has become one of the top spots for tourism in Turkey with its luxury hotels, golf courses, shopping centers and hundreds of historical sites, as well as miles-long sand beaches.

A spokesperson for TUI said Antalya and Dalaman of southwestern Muğla province are "set to impress with their coastal scenery and pristine beaches."

And a slight increase in "all-inclusive" holidays could reflect a desire for travelers to "lock in" food and drink costs given the possible volatility in the pound, the company said. Earlier this month easyJet warned that travelers were holding off booking their summer holidays due to uncertainty over how Brexit would go, weakening demand for tickets and thus prices.

Turkey enjoyed a boom in the arrivals of foreign visitors last year and welcomed around 39.5 million foreign tourists last year, a 21.84 percent increase year-on-year, according to the Culture and Tourism Ministry.

According to the ministry's statistics, Turkey hosted more than 3.2 million foreign tourists in the first two months of this year, a 7.4 percent rise year-on-year. The number of British tourists arriving in the country in the said period was up 12.48 percent and hit over 80,610.