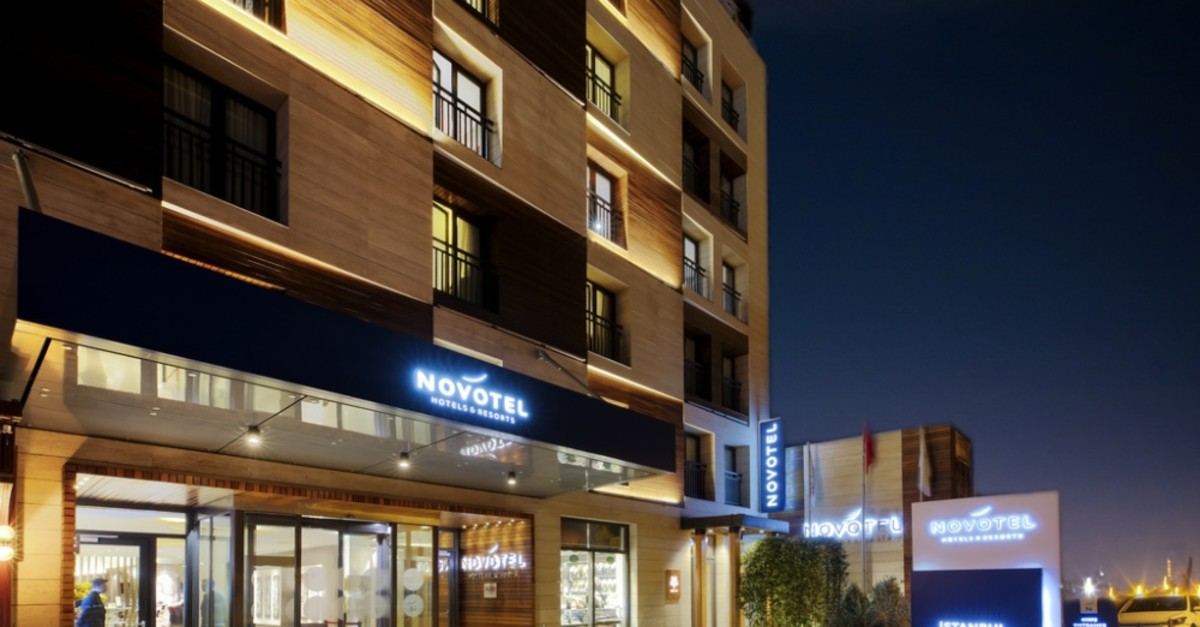 France-based hotel chain Accor, which incorporates a dozen major hotel brands around the world, is determined to be the leading hospitality group in Turkey, which the group says is one of its most important markets in Europe

A world-leading hospitality group offering services with almost 4,800 hotels, resorts and residences across 100 countries, Accor Group is eager to strengthen its presence in Turkey, which is among its most important investment spots in Europe, which constitutes around 53 percent of AccorHotels brand's business volume.

The France-based group has a rich brand portfolio and operates some 38 major brands around the world, from luxury to economy, including Raffles, Fairmont, Mercure, Sofitel, Swissotel, Movenpick, Novotel, Rixos and Ibis among others.

We met with Maud Bailly, Accor's chief digital officer and Alexis Delaroff, chief operating officer of AccorHotels in Russia, Georgia, the CIS countries, Turkey and Israel, at a meeting in Novotel in Istanbul where we discussed the latest developments, projects and the group's plans for the future.

Indicating in the meeting that when looking at its region, Turkey is pretty much playing to be the group's number one market in Europe, Delaroff said, "We plan to further develop in Turkey. We want to be number one in Turkey. And it will happen, I can promise you it will happen. We want to have all the strength to make sure this happens."

In terms of competition in the country, Delaroff said in terms of the number of rooms, "we are on par with Hilton, with around 10,000 rooms here."

The group continues to grow rapidly, according to Delaroff, who said they have captured strong momentum particularly in Russia, Eastern Europe, Asia Pacific and Turkey.

Unlike other major competing brands in Turkey, Accor is the only brand that has an operations office in the country, which according to Delaroff, plays an important role in the group's operations. Accor continues its rapid growth in the country with 49 hotels.

The group opened almost 500 hotels in 2018, the highest figure in its history, representing 110 more hotels signed in comparison with 2017. It has purchased some 14 new prestigious brands, including Mövenpick Hotels & Resort, which the group acquired for some 482 million euros ($538 million) and Mantra Group, which it acquired for around 830 million euros.

Maud Bailly said the reason why many major hotel brands want to join the group and why many people choose them lies in the group's expertise in IT and digital performance.

Bailly emphasized that Accor has been attaching special attention to the promotion of diversity and inclusiveness. Six years after the creation of WAAG (Women At AccorHotels Generation), it is giving fresh impetus to its international network promoting diversity, which already has more than 14,000 members globally, with the launch of "RiiSE."

The double "ii" symbolizes men and women who are committed to the value of sharing knowledge of solidarity and of combating stereotypes. Its action is based in particular on the sharing of knowledge through a mentoring program, with 900 pairs in some 20 countries in 2018, on the promotion of female talent to positions of responsibility, and on combating all forms of discrimination.

The program also provides education and jobs to women in Turkey who have encountered violence.

Furthermore, in line with the commitment made by Accor Group Chairman and CEO Sebastien Bazin to the United Nations in 2015 as part of the #HeForShe program, RiiSE will pursue the group's objective of combatting pay inequalities and actively promote the recognition of all talents. In this way, AccorHotels has set itself the goal of having more than 35 percent female hotel managers by 2020 within its network of around 4,800 hotels. In her speech, Bailly also pointed to AccorHotels' new lifestyle loyalty program, ALL (Accor Live Limitless), that the group launched in February and which aims to offer unique experiences to its customers far beyond just hotel stays, such as rewards, services and experiences that include entertainment, dining and culinary and sports, across Accor's entire ecosystem.

On the other hand, Accor's chief digital officer also noted that they are able to establish a closer connection with their customers through Accor Customer Digital Card (ACDC) platform, which creates a database of guest information and preferences. It enables the company to learn about their guests' habits and services they prefer. Thanks to the platform, according to Bailly, knowledge of clients is shared throughout Accor hotels worldwide, which provides the company with an opportunity to recognize their customers and personalize their stay regardless of the country.