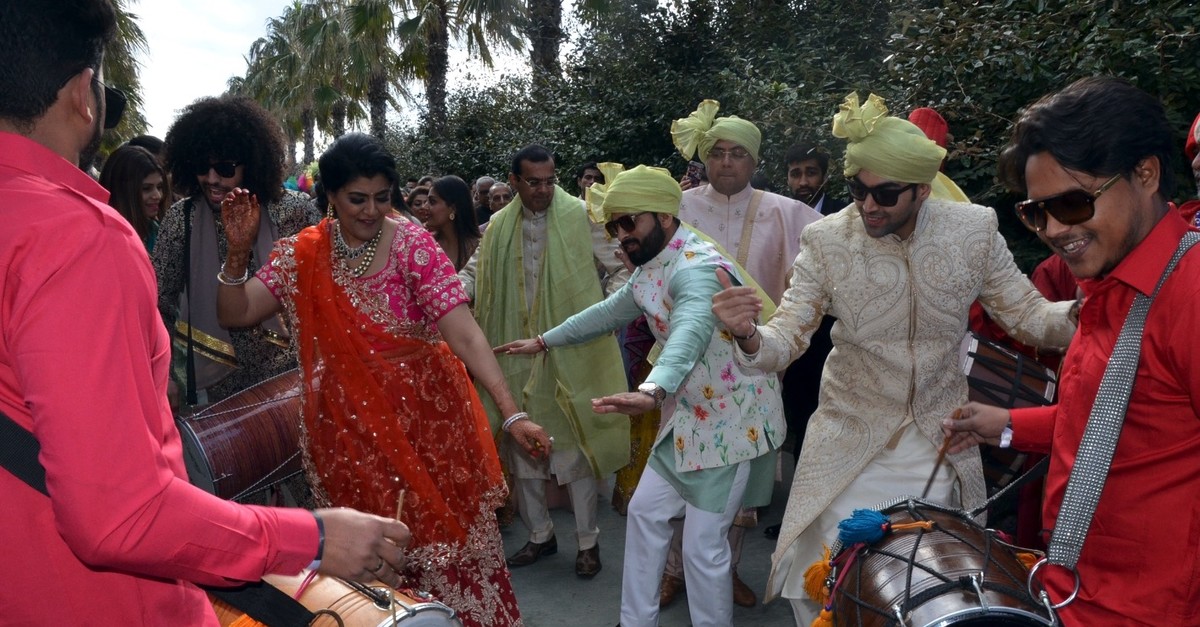 The foreign demand in Turkeyu2019s wedding sector has seen an increasing trend in the recent years, led by Indians. Turkey expects to host 300 Indian weddings in different resort towns this year.
by Daily Sabah with DHA May 06, 2019 12:10 am

With the warm weather recently manifesting itself in Turkey, wedding bells have begun to ring all around the country. The number of foreigners who want to organize their weddings in Turkey is also increasing every year, as couples planning to tie the knot in a luxury ceremony eye the Bosporus, as well as high-profile hotels in Antalya and Bodrum.

Hotels and wedding venues in Turkey have become a preferred spot for many local and foreign couples for their wedding ceremonies. While hotels choose to work with award-winning chefs and improve their banquet services, wedding planners are coming up with concepts that appeal to every style.

Staras Wedding's Event Production Manager Baran Yalçın told Demirören News Agency (DHA) that the company has seen a huge rise in demand for foreign weddings. "Especially the number of Iranian and Indian weddings is on the rise. Antalya, Istanbul and Bodrum will be top destinations for Indian, Lebanese and Russian weddings, in particular, in the next couple of years."

Giving information about the average budgets of weddings, Yalçın said especially Indians are spending a lot of money on wedding ceremonies, allocating a budget of around $2 million. "But weddings are completely project-based and customized," he continued. "You can also create a wedding budget of TL 10,000 in terms of sound, light, and entertainment. There is a difference between a wedding where an artist performs and a wedding where only one DJ is present in terms of budget."

Turkey, which wants a share of the $60-billion Indian wedding industry, has made serious progress in the last two years with President Recep Tayyip Erdoğan's visit to India and the efforts of local tourism companies.

Yalçın provided details of the weddings held in Turkey. Noting that outdoor weddings are preferred rather than ballrooms in the summer season due to the places that have great views of Istanbul, he stressed that they have started to organize many foreign weddings since their service concept has reached a very good level.

Yalçın also said Turks always pay great regard to the wedding ceremonies, which has put Turkey among the top five nations spending the highest amounts on weddings. "Everyone wants to have a very beautiful wedding according to their own budgets. We are planning so many different weddings that sometimes we cannot even believe it ourselves," Yalçın continued. "For this reason, Turkish weddings come fifth after the Indian, Iranian, Lebanese and Russian weddings. We are designing lavish and huge ceremonies. With some of our customers, we started to communicate and confirm our projects almost a year ago. We do not plan the weddings three months from now but started to discuss them at least five or six months ago. But there is no such culture in Europe. They can finish it with a simple church ceremony," he said.