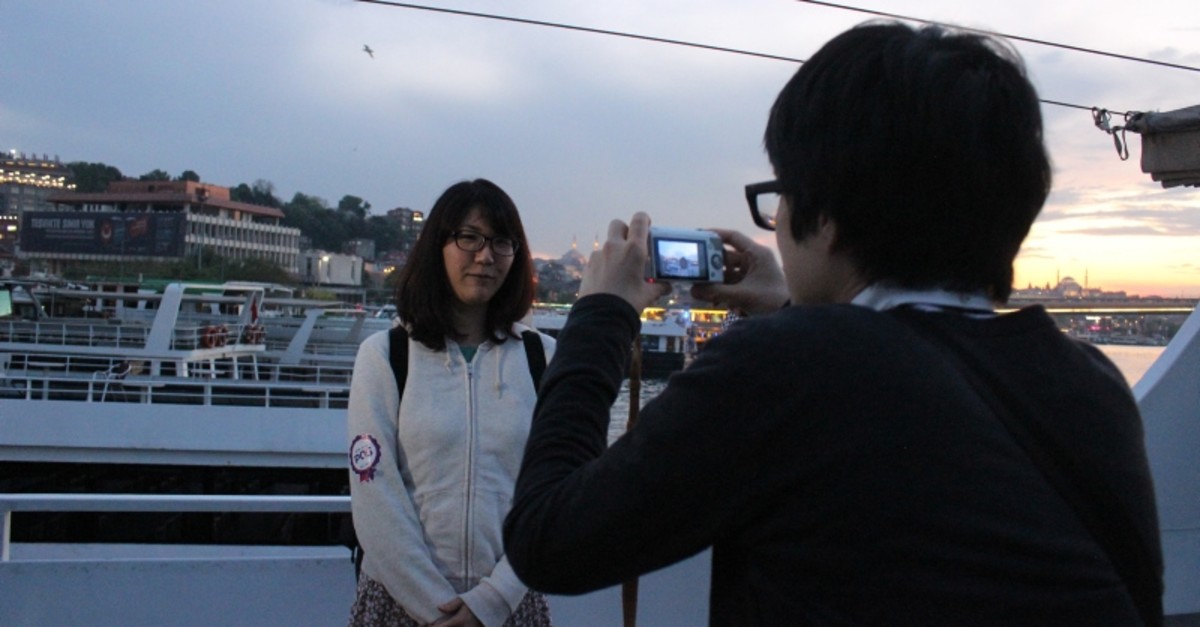 Transit passengers from all around the world can enjoy Istanbul’s beauty with a free tour organized by Turkish Airlines. Last year, a total of 67,400 passengers benefited from the program, which recently introduced a Bosporus tour that will run until Oct. 31

Within the scope of the "Touristanbul" project, Turkish Airlines enables transit passengers who stay from six to 24 hours in Istanbul Airport to see the historical and natural beauties of the city, Abdullah Yormaz, tour marketing manager of Turkish Airlines, told reporters Monday.

Passengers are picked up from the Istanbul Airport by Touristanbul buses and are brought back to the airport after a guided tour of the city.

Aiming to contribute to passenger satisfaction, increase its share in the international transit passenger market and to provide promotional support to tourism, the Turkish Airlines added the Istanbul Bosporus Strait tour to its daily six tours package, Yormaz said.

Yormaz said that Turkish Airlines has been organizing free city sightseeing tours for international transit passengers in Istanbul since 2009.

"In 2018, we had the opportunity to introduce 67,400 passengers with the historical and touristic beauties of Istanbul," Yormaz said, noting that passengers from 163 countries joined the free Istanbul tour last year, with those from the U.S., U.K., Russia and the Far East taking greatest interest in the tour.

"We formed the Bosporus tour in order to make our passengers, with long connection times during long night flights, enjoy the historical and natural beauties of the city," he said.

The program starts on May 1 and will serve passengers during the summer period until Oct. 31, Yormaz said.

Emphasizing that a total of 67,400 passengers benefited from the project last year, Yormaz said that a total of 15,000 passengers took interest in tours in the first four months of the year. An average of 6,000 tourists are offered tours on a monthly basis with six different programs per day.

"Our passengers pay no price for tours or food service. THY renders this service free of charge to passengers. As far as we know, there is no other airline company in the world that offers such tours, food and museum entrances free of charge," he said.

Sudanese Dahir Guled, one of the passengers joining the tour, said he is traveling to Cairo from Sweden. He added that officials at the Istanbul Airport informed him about the tours as well as on THY's website.

Li Danyan, a Chinese traveler, noted that she was traveling from Cameroon to Vietnam with an Istanbul-connected flight and that she took advantage of tours to utilize the time between the two flights. "I really like the program. The Bosporus tour was really very impressive," she said.

Russian Evgeny Fredynski said he is traveling from Switzerland to Moscow and added that he has a great time whenever he comes to Istanbul.

Stressing that the Istanbul tour is very special, Fredynski said: "We enjoyed a very nice guided-tour of Bosporus. I will bring my family next time. I like the idea of 'Tourİstanbul' very much. I had a waiting time of 12 hours at the airport. I went to Karaburun at noon. Now I am enjoying pleasant some moments at the Bosporus. This is a very useful program for people like me."