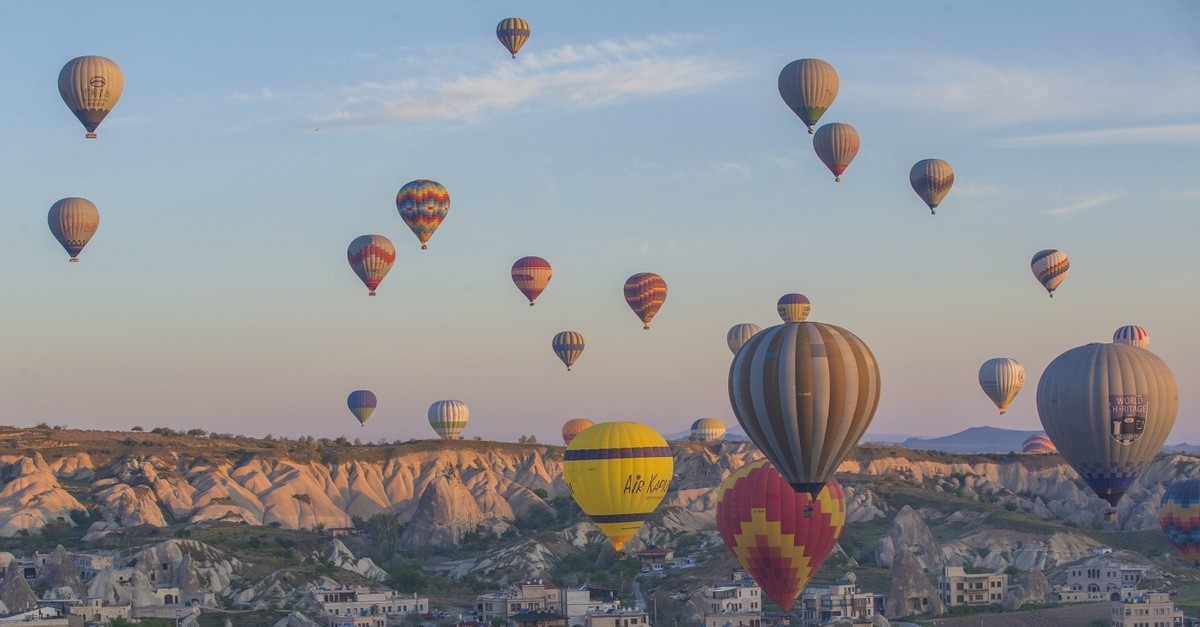 The occupancy rates of hotels in Turkey's touristic areas have hit 100 percent over the upcoming nine-day Ramadan Bayram (also known as Eid al-Fitr) holiday, with some 13 million people expected to travel, according to tourism representatives.

Bookings for hotels in the Mediterranean-Aegean basin and Black Sea highlands and for cultural tours are said to have reached 100 percent, while tickets for bus travel and flights have also run out. Airline and bus companies are opening additional flights and travels.

The demand for cultural tours - Cappadocia, Black Sea and Southern Anatolia tours in particular - for the Ramadan Bayram holiday have reportedly increased. Association of Turkish Travel Agencies (TÜRSAB) Chairman Firuz Bağlıkaya pointed out that there is great demand for Aegean and Mediterranean hotels, adding that interest in cultural tours has increased threefold compared to previous months of June.

Jolly Tour Domestic Tours Manager Kerem Gökçe said that they have prepared cultural tour packages for 20,000 people for the holiday, adding that 65 percent of tours have been booked and sales are expected to boom next week.

The same is happening in the Aegean and Mediterranean regions. Tourism professionals in the Aegean region say that the Eid al-Fitr holiday will be very fertile and that hotel occupancy rates are near 90 percent, with great density in demands for Bodrum, Fethiye, Marmaris, Kuşadası, Çeşme, Foça, Ayvalık and Seferihisar.

Islands in the Aegean Sea and Marmara Sea will host a great number of visitors, while hotel occupancy rates in islands including Imbros, Tenedos, Ayvalık and Cunda have also reached 100 percent.

professionals in Gaziantep are bringing tour guides to the city from various cities of Turkey as they are having difficulty finding tour guides in the face of intense demand.

Gaziantep Regional Tourist Guides Chamber Chairman Murat Alpaslan Tekeoğlu stated that they have reached 100 percent in demands for hotels and tour guides. At the moment, we are experiencing difficulties in hiring guides for the holiday."

Occupancy rates in the Black Sea have already reached 90 percent. Murat Toktaş, chairman of the Black Sea Tourism Operators Association, said, "June is one of the most beautiful seasons in the Black Sea region. That is why there is a boom in demand. The local tourists will travel to our region and stay here for five-to-seven days."

Given that bus tickets for the holiday have also run out, bus companies are planning to launch 10,000 additional services. Turkish Bus Federation President Mustafa Yıldırım noted that 800,000-850,000 people will take road trips daily during the holiday, adding that 10 million people will travel by bus from May 28 to June 11, while some 2.5-3 million others will travel by plane. He emphasized that an economic volume of TL 950 million will be created.

The Ramadan Bayram holiday was planned to officially start on June 4 and end on June 6. But Turkish authorities recently signed a circular declaring that July 3 (a Monday) and July 7 (a Friday) would also be holidays, effectively creating a nine-day public holiday, including the two weekends.