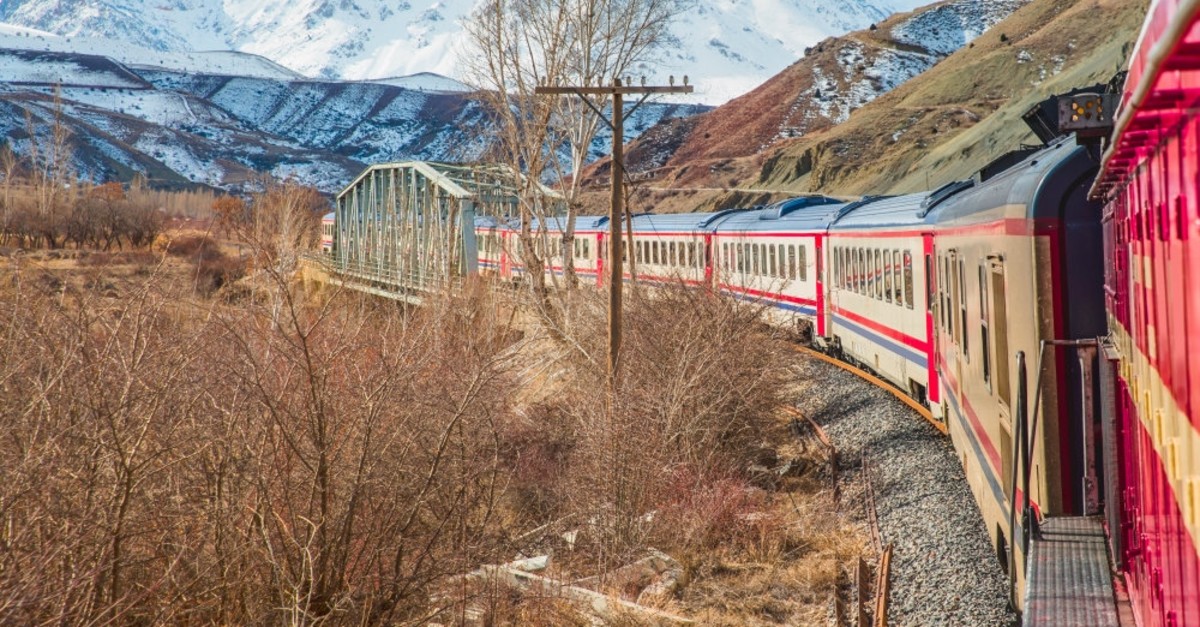 The new tourist-only Eastern Express, launched to promote railway tourism in Turkey, will make its maiden journey from capital Ankara to the eastern province of Kars on May 29.

The train will be inaugurated by Transport and Infrastructure Minister Cahit Turhan and Culture and Tourism Minister Mehmet Nuri Ersoy. It is expected to increase the number of tourists visiting Kars by 30%.

The influx of tourists to Kars has also brought investors to the region. In addition to three new boutique hotels this year, Kars will also see the opening of two Hiltons in 2021.

Having hosted 135,000 people in 2018, Kars is gearing up to welcome 250,000 visitors this year with the increase of both current acceleration and the contribution of the new train. The tourist-only train, which is more comfortable and more expensive than the regular Eastern Express, is expected to increase the quality of tourism in the city.

Kars Provincial Director of Culture and Tourism Hakan Doğanay said 70% of the hotels in the city were already booked despite the month of Ramadan, adding this rate would reach 90% after the holidays.

He added that Kars now hosts tourists all year round, turning the direction of tourism investme

nts in the city. "The owner of New Holland tractors has decided to invest in a 120-room Hampton by Hilton hotel in Kars. Turgutreis Group is investing in a 160-room DoubleTree by Hilton hotel. Both will open in 2021," he noted. He further explained that three businesspeople, who are originally from Kars but live in Istanbul, made investments in three boutique hotels. The six, 18 and 36-room hotels will be inaugurated in October.

Doğanay said tourism in the region has led to reverse migration. "The Boğatepe village, where the Cheese Museum is located, consisted of 30 households five years ago, now it has 100 households. Those who left Kars have begun to return to their village. Many of them have opened guestrooms in their homes, offering breakfast to tourists and producing cheese again," he continued, highlighting that they have ongoing projects to organize the city's tourism sector.

He added that as of May 31, they would provide monthly training to sector stakeholders, like taxi drivers, restaurant and cafe owners as well as to cheese producers.

Turkey is launching the second train due to rising demand for the traditional express train. The Culture and Tourism Ministry is aiming to boost the popularity of "travel-by-train" tourism and spread it across other cities in Turkey.

The Eastern Express, which first set out on May 15, 1949, is operated by the General Directorate of Turkish State Railways (TCDD) Transport Inc. on the Ankara-Kars line.

Thanks to the efforts of the Transport and Infrastructure Ministry to increase interest in the Eastern Express, the extensive social media coverage of the express as an extraordinary holiday option and with the cooperation of tour operators, the demand for this travel route is increasing day by day.