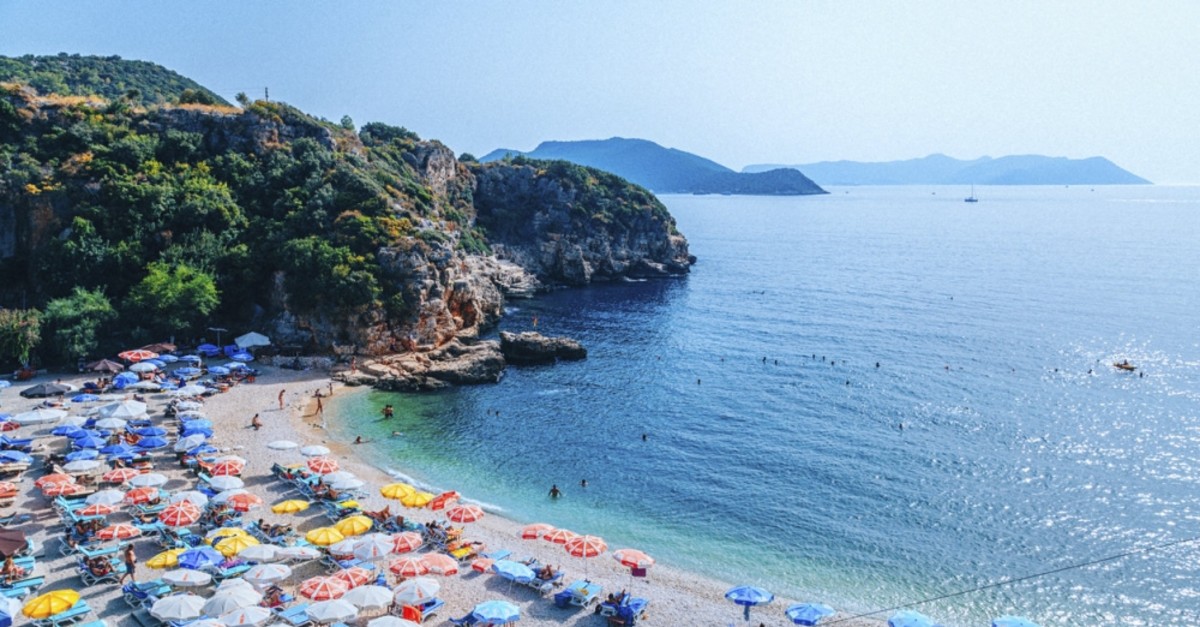 Turkey's holiday resort city of Antalya has hit a new all-time daily high for the month of May with the number of foreign tourists. The top Mediterranean resort province welcomed around 76,568 foreign tourists on May 25, according to the city's governor.

"On May 25, 2019, 76,568 tourists came to Antalya by air yesterday. An all-time daily high for the month of May," Münir Karaloğlu said over his official Twitter account. According to the airport data, on May 25, 363 planes landed at Antalya Airport from international destinations. Turkish Hoteliers Federation (TÜROFED) Chairman Osman Ayık stated that the tourism sector should get ready for new records every day from now on. "This will be the year of records, and the figures will surpass the ones from the previous year," Ayık said. "July, August and September give the highest figures on a daily basis. It was crucial for us to catch the all-time daily high in May."

Ayık further stressed that people traveling in the domestic market should act quickly, considering the hotel occupancy rates in this period.

On the other hand, Professional Hoteliers' Association (POYD) Chairman Ülkay Atmaca noted that 2019 continued to be the year of records. "It is a great figure for the month of May. The number of tourists coming from both Europe and the Commonwealth of Independent States (CIS) countries is increasing day by day. With the warming of the weather and the start of summer break for the schools, the interest in our country and our city is increasing day by day," he continued, underlining that records would continue to increase.

The Antalya Provincial Culture and Tourism Administration recently announced that Antalya welcomed 2.3 million tourists from 178 countries in the first 4.5 months of this year. The province hosted as many tourists as its own population of around 2.5 million.

Accordingly, the number of visitors in the period between Jan. 1 and May 15 recorded a 24% increase compared to the same period of last year.

Russians topped the list of foreign tourists coming to the Mediterranean coastal town in the aforementioned period. The number of Russians rose by 30% and reached 819,406. Germans ranked second with 475,198 visitors and were followed by 140,606 British tourists. Antalya also welcomed visitors from the Netherlands, Ukraine, Poland, Lithuania, Israel and Denmark. The Mediterranean resort city hosted 12.4 million foreign visitors in 2018, according to the Culture and Tourism Ministry.