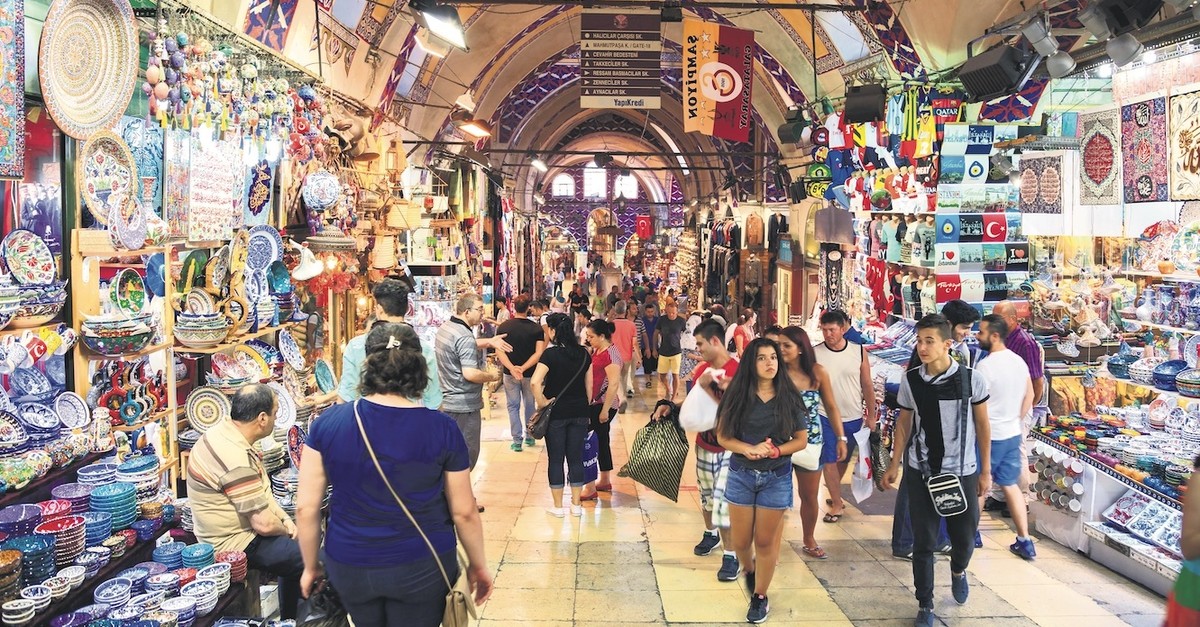 Istanbul landmark the Grand Bazaar, located in the Fatih district on the city's historic peninsula, has begun to regain its former glory. Dubbed the world's oldest bazaar, it was in a difficult situation due to a decrease in the number of foreign tourists two years ago, but is now enjoying a notable increase in visitors, particularly from Far Eastern and Middle Eastern countries, with European tourists also slowly making a comeback, according to a recent media report.

Shopkeepers say their business is booming, highlighting that tourists with high purchasing power may prefer Istanbul again, as in the past.

The historic bazaar was profoundly affected by the decrease in the number of tourists visiting Turkey in 2016 and 2017. Giant cruise ships arriving in Istanbul with little or no tourists also put the Grand Bazaar in a challenging situation.

Although the cruise ships have yet to fully include Istanbul, the increase in the number of tourists has boosted mobility in the Grand Bazaar.

While the bazaar stands out as the first choice of tourists from the Middle East and the Far East, European tourists are slowly coming back to the site, which is much more active at noon on weekdays than two years ago. While shopkeepers are also pleased with the current situation, the Middle Eastern tourists are said to be especially interested in the jewelry stores.

A jeweler, who is also content with the increase in the tourist traffic, said: "Our business is much better than two years ago. But we had better times. The recovery process is accelerating."

"With 2019, we can say that the bad days are behind us. There is not even one empty shop in the bazaar. In some inns, even the places used as warehouses were turned into points of sale," Grand Bazaar Tradesmen Association (GBTA) Chairman Hasan Fırat said, indicating, however, that three shops are currently empty, two of which are closed for redecoration and will open soon and the third due to a problem between the heirs but also expected to be rented soon.

Recalling that two years ago, 103 shops changed hands, Fırat said now people are waiting in line. He further stressed that a total of 3,600 shops are operational in the Grand Bazaar and that with the addition of inns, the number of shops exceeds 4,000. "The bazaar closes at 8 p.m. However, we cannot get customers out. It takes until 9 p.m. to get the customers, mostly tourists, out," he added.