Cappadocia visitors up 21 pct in first half 2019 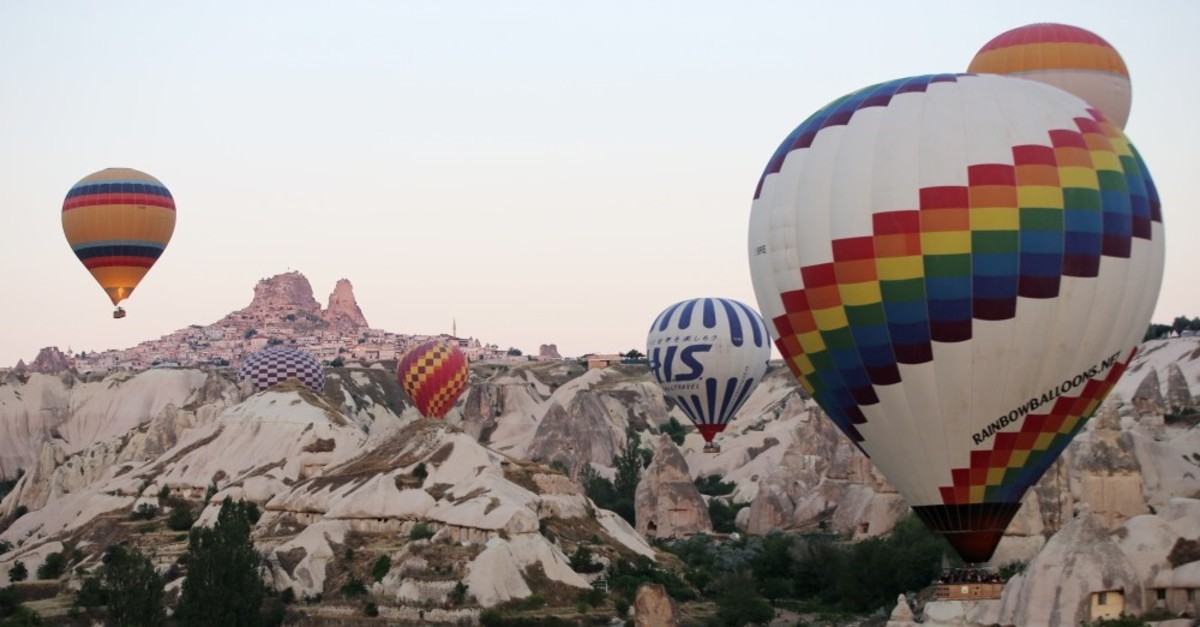 Cappadocia, one of Turkey's top tourist destinations, welcomed 1.5 million visitors in the first half of 2019, almost 21 percent more compared to the same period last year.

Meanwhile, some 1.5 million tourists visited the museums and archeological sites of the Culture and Tourism Ministry in January-June 2019, which marked a 20.8 percent rise year-on-year, according to official data.

June topped the period with over 428,000 visitors, the Directorate of Culture and Tourism in Nevşehir said. The Göreme Open Air Museum was the top touristic site with almost 649,000 visitors in the same time period.

According to the ministry figures, the touristic sites attracted over 1.2 million visitors in the first half of 2018, which is dubbed "the golden year," due to a high number of visitors.

Mustafa Durmaz, head of the Göreme Tourism Development Cooperative, said that 2018 was the peak of tourism in the region, but this year's figures have beaten all the previous data.

"Cappadocia is a unique natural wonder, and it stands out with activities it offers," he said, adding that people visit the area to ride hot air balloons or just to watch them from below. "We are expecting more visitors until the end of 2019," he said. Mostly people from countries like Russia, China and India prefer to visit Cappadocia.

Tourists coming to Cappadocia, which has been on UNESCO's World Cultural Heritage List since 1985 with its fairy chimneys, natural rock formations, underground settlements, boutique hotels and rock-cut historical monasteries, have the opportunity to watch these eye-catching structures from the sky thanks to hot air balloon tours.