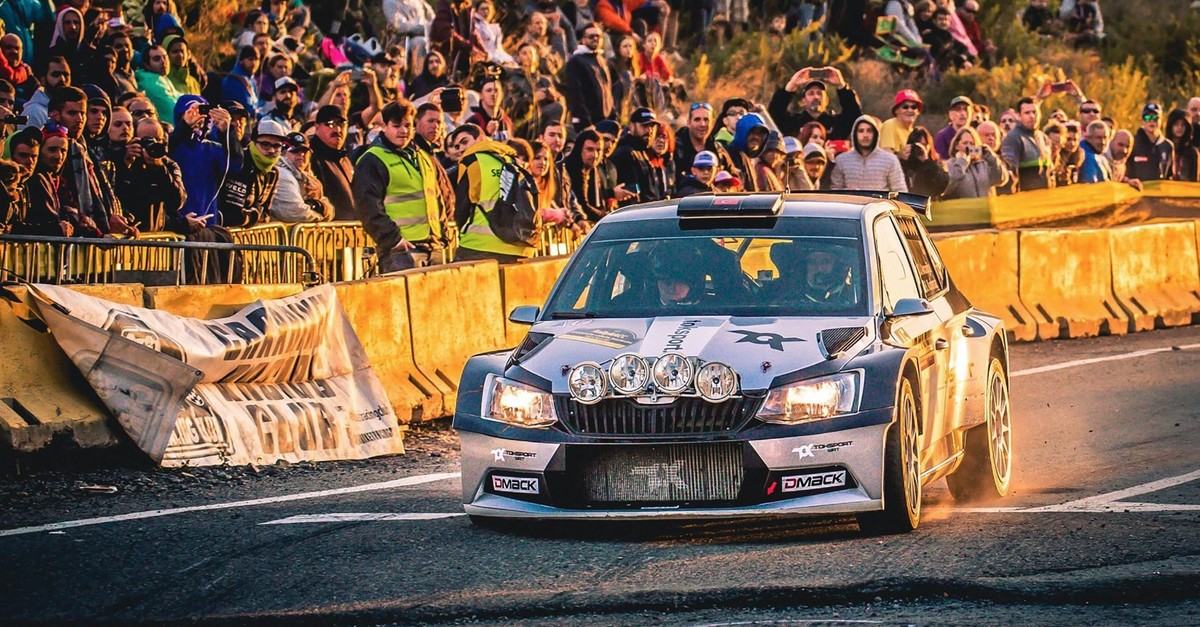 Tourists from all around the world are rushing to Marmaris for the World Rally Championship (WRC) to get a seat at the event slated for September. Turkey's Automotive Sports Federation (TOSFED) Chairman Eren Üçlertoprağı said over 70,000 tourists will follow this year's rally. "Demand has increased hotel prices by 65 percent, which will, in turn, create an economy of $150 million," he added.

The countdown has begun for the second World Rally Championship, which was held for the first time last year in Turkey following an eight-year gap, with President Recep Tayyip Erdoğan in attendance. For the rally that will take place on a 150 kilometer course from on the Marmaris to Datça overlooking Turkey's most beautiful bays between Sept. 12 and Sept. 15, the city is experiencing an influx of tourists.

European tourists, known for their enthusiasm for these races, have already filled many hotels in the region.

Due to the high demand, the Automobile Sports Federation (TOSFED), which organized the event, had difficulty finding a place for its team of 1,000 people and had to make reservations in the Muğla city center.

The Marmaris 2019 World Rally Championship, one of the biggest sporting events in Turkey, is expected to promote regional tourism and contribute considerably to the city's economy.

Explaining that the event was followed by 50,000 people last year, TOSFED Chairman Eren Üçlertoprağı said that they predicted that the number would rise considerably this year and pointed to the high spending potential of these tourists. "They use the hotel only for accommodation. They leave the hotel in the morning and rent a car to follow the race. They eat and drink outside and shop at the market. Therefore, it makes a significant contribution to the regional economy," he noted.

Üçlertoprağı recalled that the tourists who came to follow the organization both vacationed and followed the race in Salou, Barcelona in previous years, stressing the same would apply for Marmaris this year as well.

Pointing to the importance of the event in European countries, he added that the citizens of Estonia, Sweden and Finland follow this rally very closely.

Üçlertoprağı informed the press that the WRC is held in 13 countries.

"Our umbrella organization, the International Automotive Federation (FIA), evaluates the success of these organizations with an independent team," he continued. "Accordingly, Turkey was ranked third in the first year of its participation. President Recep Tayyip Erdoğan and Youth and Sports Minister Muharrem Kasapoğlu lent serious support for this organization. We achieved this success with their support."

Stating that the organization also offers sponsorship support to foreign companies, Üçlertoprağı said that they could not get this support from local and national companies.