Sector reps: Turkey to see over 10 pct growth in tourists, income in 2019 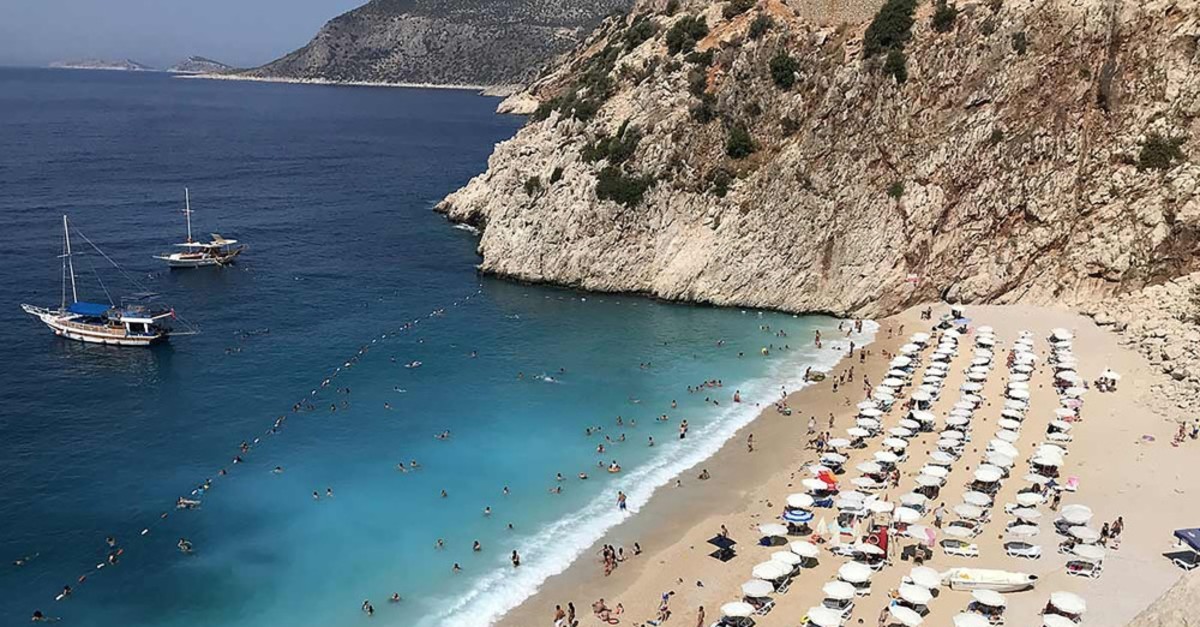 Amid greater-than-expected mobility so far this year, tourism professionals expect Turkey to end 2019 with an over 10 percent rise in both the number of tourists and income. The number of foreign arrivals in Turkey surged 11.3 percent year-on-year in the January-May period, Culture and Tourism Ministry announced late last month. Nearly 12.8 million foreigners visited the country in the first five months, compared to 11.5 million in the same period in 2018. The country's two most popular tourist spots Istanbul and Antalya have particularly come to the fore as they have so far enjoyed a buoyant season and have seen a significant surge in the number of foreign arrivals. The country's most populous city, Istanbul, attracted a record number of tourists in the January-May period. The city welcomed 5.4 million foreigners, an 11 percent increase compared to the same period of last year, posting a five-year high.

Latest figures, on the other hand, showed that the number of tourists arriving in the Mediterranean resort city of Antalya so far this year surged by 16 percent year-on-year. Around 6.91 million foreigners arrived at Antalya Airport and Gazipaşa Airport from January until June 18.

It hosted 12.4 million foreign visitors in 2018, according to the Culture and Tourism Ministry.

The city first broke the daily record on June 8 when 85,205 tourists arrived. The record was renewed later on, firstly on June 22 with 86,308 and then on June 29 with 90,989 tourists arriving in the city within one day. Finally, the city posted an all-time on July 14 when 96,191 tourists arrived on a daily basis.

Turkey welcomed 39.5 million foreign visitors last year, a 21.84 percent increase year-on-year, according to the Culture and Tourism Ministry, while the country's tourism income surged 12.3 percent to $29.5 billion, according to Turkish Statistical Institute (TurkStat).

"According to our projections, there will be a growth of over 10 percent in Turkey this year, the figures so far confirm this. We will break a historic record in 2019. We will see an overall figure of over 50 million across the country," Ayık told Anadolu Agency (AA).

"This year, we expect over 10 percent increase in tourism income, which hit nearly $30 billion last year," he added.

Emphasizing that in accordance with the structure of products, Turkey welcomes guests of all profiles.

In line with the structure of products, Turkey has stressed that welcomes guests of all profiles, Ayık said. "We can accommodate people from the top income group as well as guests with low income and limited budgets. Every region of Turkey could become a separate destination product. Every region of our country has facilities able to accept guests, and products are gradually being revealed. There is a different trend in the world right now, people want to experience, taste and experience different things. Turkey has this kind of diversity and richness. Therefore, the future is extremely bright from our perspective. We can make every point of Turkey a tourism region, destination, a point to visit," he added. Ayik went on to say Turkey welcomes tourists from over 180 countries, noting that Russia and Germany were the two most important source markets, while serious mobility was experienced in the British market in recent years.

According to Culture and Tourism Ministry data, Russians made up 13.1 percent of foreign visitors (or 1.8 million), followed by German citizens at 9.5 percent (1.2 million) and Bulgarians at 7.7 percent (more than 980,000) of the foreign tourists arriving in the country in the January-May period of this year.

Ayık also pointed out that Poland, Czech Republic, Slovakia, Hungary, Romania and other countries in Balkans have started becoming important markets for the country.

He added that the Scandinavian market has also started to become lively and a return to Turkey was being experienced. He said there would be no need to worry much about the future in case this market is weighed on as well.

"We can realize our 2023 goals very easily. There is a period of three to four years ahead, if we can continue our path with double-digit growth, it could be possible to reach the 70 million target even before 2023," he added.

TÜROFED head also pointed out that markets, such as India, China, South Korea and Japan, known as "far markets," are also important for the country's tourism. Ayık said South Korea has become a vibrant market in recent years, also noting the significant mobility in China as well.

"It is expected that over 30 million Chinese will travel to Europe in the 5-year medium-term period. We are on this route. We need to get the maximum share from here. We can increase the number of Chinese tourists to one million in a very short period in case difficulties such as visa between Turkey and China are overcome. India also has such potential. Looking at South Korea and Japan, we have very positive relations. We have serious golf potential in Japan and Korea," said Ayık.

On the other hand, praising the latest developments in terms of the holiday resort Antalya, Professional Hoteliers' Association (POYD) Chairman Ülkay Atmaca said if the raise in figures continues the city would exceed the target of 16 million foreign tourists at the end of this year.

Besides the positive situation in Russian and European market, Atmaca stressed there was a growth in most of the other markets as well.

Indicating that in the case July, August and September figures come in parallel to the expectations, Mediterranean Touristic Hoteliers and Operators Association (AKTOB) Chairman Erkan Yağcı said the industry would post a major growth at the end of this year.

Lauding the developments regarding the Russian market, Yağcı said: "Last year, we hosted 4.8 million Russians in Antalya. We foresee that there will be a growth between 5 percent and 10 percent in the Russian market this year."