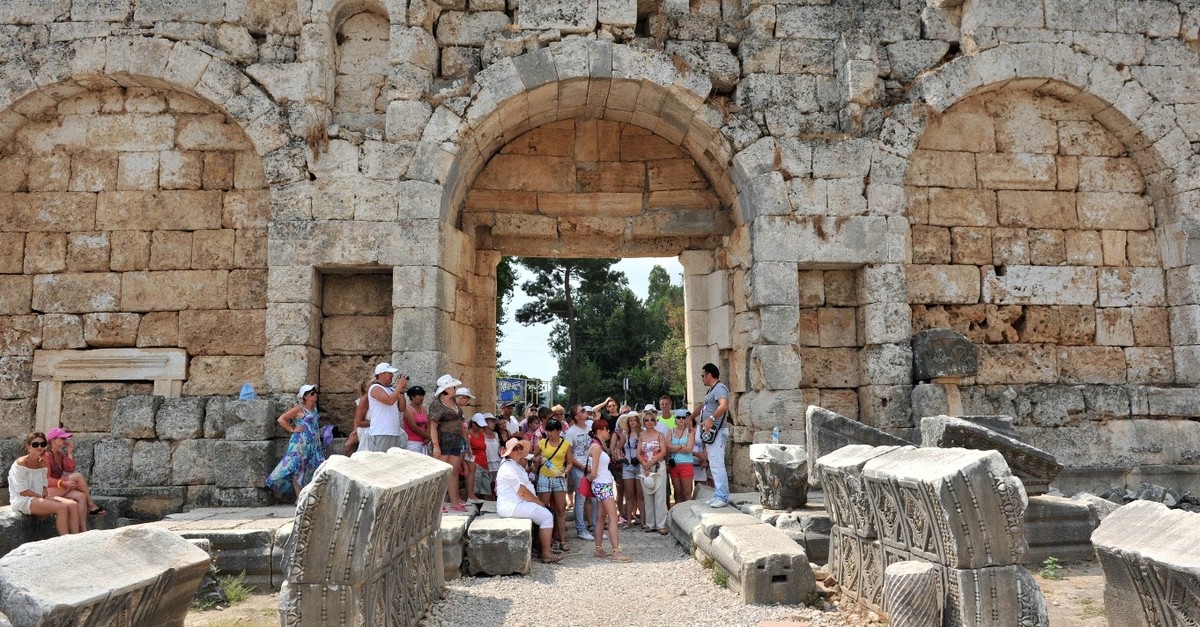 The Mediterranean resort city of Antalya has been going through the most fruitful tourism season in its history. Turkey's tourism capital has broken multiple records so far this year and everything points to it ending the year on a high note. Antalya has welcomed over 8.19 million foreign tourists in the first seven months of the year, a 16% year-on-year increase, official data shows, thus exceeding the threshold of 8 million tourists in the seven-month period of the year for the first time.

According to the Antalya Provincial Directorate of Culture and Tourism, over 8.19 million foreign visitors arrived in Antalya Airport and Gazipaşa Airport from Jan. 1 to July 31, a rise of 16% year-on-year, as tourists arrived from 193 countries.

It also hosted over 2.6 million tourists in July, up by 15.9% compared to the same month last year.

As far as the seven-month data goes, Russians led the way with a 12.4% hike, reaching nearly 2.98 million, resulting in the country having a 37.91% share of the total number of foreigners that arrived in the city, an increase of 329,253 Russian tourists compared to the same period last year.

A total of 865,000 Russian tourists visited the city in June, also considered the first month of the peak season in tourism, up by 4%, constituting nearly half of over 2.1 million tourists arriving in the resort city in the said month.

On the other hand, they made up for 34.5% of overall tourists last month when the number of Russian arriving in the city totaled some 863,934, an 11.7% year-on-year hike.