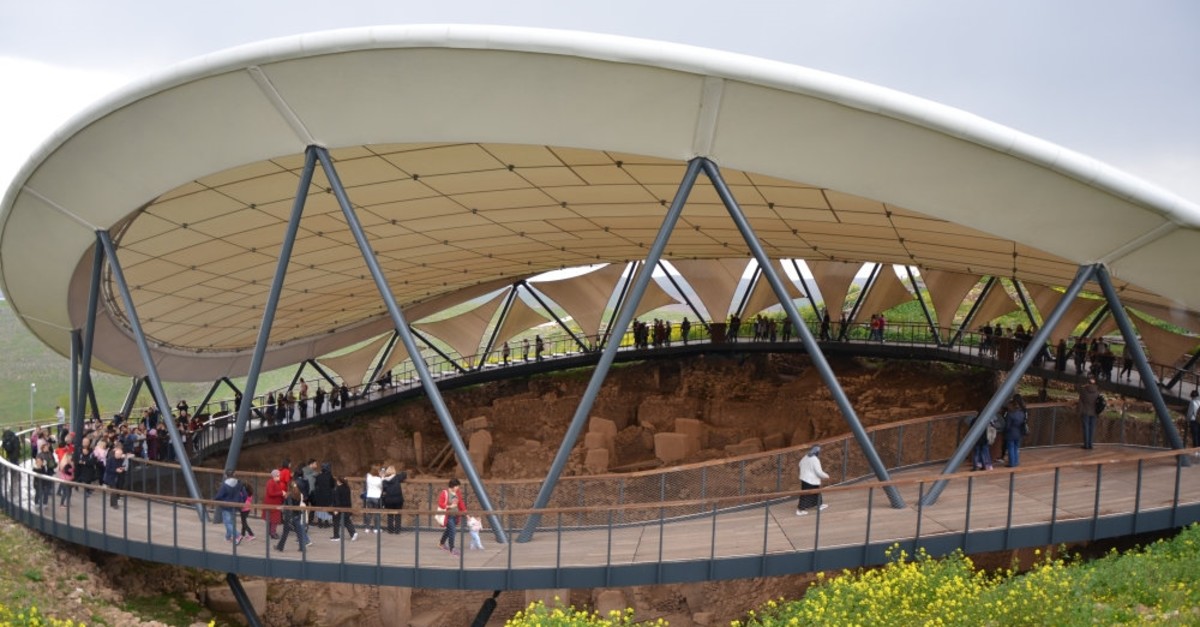 The world's oldest temple, considered the birthplace of early civilizations, Göbeklitepe, located in Turkey's southeastern province of Şanlıurfa, has been a popular attraction for local and foreign tourists this year, welcoming more than 2 million tourists in seven months.

In December 2018, President Recep Tayyip Erdoğan announced 2019 the year of Göbeklitepe in tourism to promote the historical site, dubbed ground zero of human history both at home and abroad.

"Following the president's declaration of 2019 as the year of Göbeklitepe, tourism in Şanlıurfa has remarkably revived, and Göbeklitepe has become a center of tourism. We estimate that around 4 million visitors will visit Göbeklitepe by the end of this year," said Regional Chamber of Tourist Guides Deputy Chairman Selim Bakır in a statement to Demirören News Agency on Sunday. He noted to meet the increasing demand from visitors, they provided training and special courses on the history and culture of Göbeklitepe to 46 individuals who went on to join the crew of 128 guides in Göbeklitepe.

Göbeklitepe is an official UNESCO World Heritage Site and is recognized as the oldest temple in the world by many international organizations. It was discovered in 1963 by researchers from the universities of Istanbul and Chicago.

The German Archaeological Institute and Şanlıurfa Museum have been carrying out joint excavations at the site since 1995.Excavations at the site were launched in the same year by German professor Klaus Schmidt, who brought to light the previously unearthed finds that have long caused a stir among academics. They found T-shaped obelisks from the Neolithic era towering 10-20 feet (3-6 meters) high and weighing 40-60 tons.

During excavations, various historical artifacts, including a 26-inch (65-centimeter) long human statue dating back 12,000 years, have also been discovered.

The site is also one of the earliest examples of the establishment of an advanced social system as monuments, sacred spaces and symbolic motifs indicate. Unlike previous sacred sites where rituals were mostly performed in natural formations such as caves, Göbeklitepe stands out with larger and smaller rectangular structures built by people. Historians and archaeologists believe the structures such as pillars represented ancestors or gods in the Neolithic age. After being temporarily closed to visitors due to restoration work, Göbeklitepe partially reopened in February.