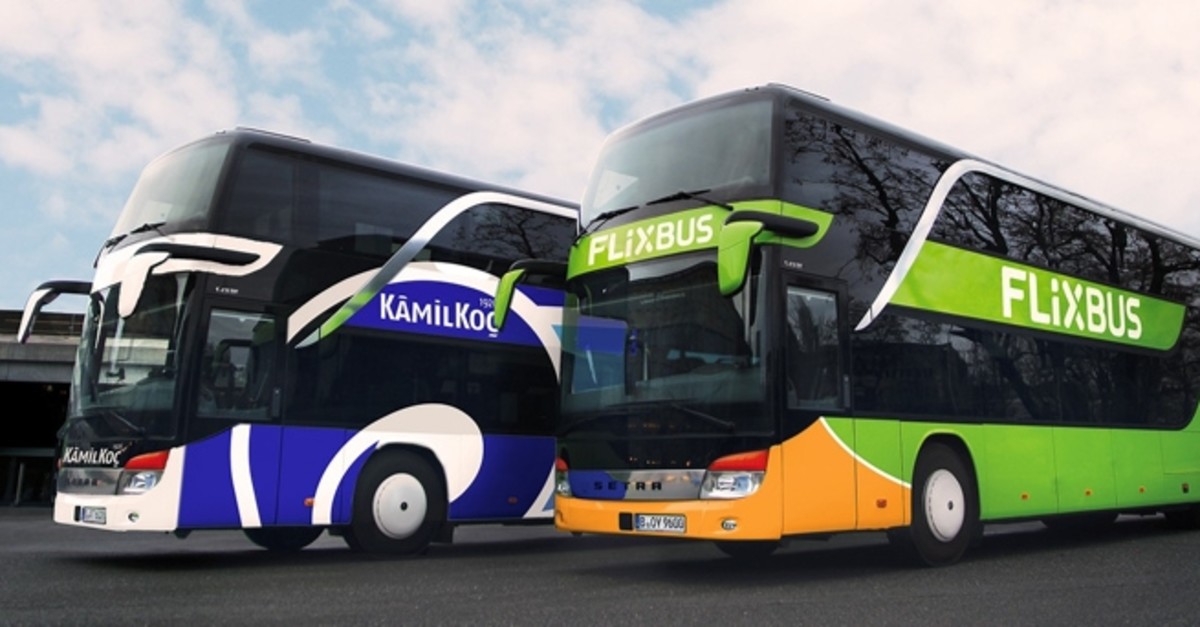 FlixBus said in a statement Wednesday that the global mobility provider and Kamil Koç's current owner private equity firm Actera Group have agreed on the sale.

"The company will be gradually integrated into FlixBus' extensive network which already offers more than 350,000 daily connections to over 2,000 destinations in 28 European countries and the USA. The deal will come into effect following approval by the relevant authorities and is expected to finalize in the coming weeks," the statement said.

Accordingly, an application has been made before the Competition Authority (RK) for the takeover and the details of the deal are pending approval.

Established in 1926, Kamil Koç is the oldest Turkish bus company still in operation. A longtime family business, Kamil Koç strengthened its market position in the early 2000s and was sold to Actera Group in 2013 for $65 million. The company has a fleet of 1,100 buses — a figure aimed to be increased [YS1] by 2020 —, and employs some 8,000 people. Serving nearly 20 million passengers in 2018, Kamil Koç operates 861 ticketing offices in 271 districts in 61 provinces. The company is listed among the top 500 firms in Turkey.

"We are extremely happy to welcome Kamil Koç to the family to start a new era in the Turkish mobility market. Our vision is to offer green and smart mobility for everyone, and we are excited to extend our innovative spirit, smart services, and high safety and quality standards to bus travelers in Turkey while benefiting from Kamil Koç's local know-how. After assessing the business, we will be working towards expanding the existing network even further and optimizing schedules towards demand – all based on our increasingly data-driven tools and algorithms – to improve the customer experience. With our technology platform and other product innovations, Turkish bus travelers will benefit from affordable mobility, high safety standards, great service, and more complete and convenient travel options," FlixBus CEO and founder Jochen Engert was quoted as saying.

The acquisition signals a relief for Turkey's giant intercity bus market, which has shed a significant portion of its passengers to the country's booming aviation sector and developing high-speed train network over the last years. Although named among the best in the world for comfort, including free refreshments and in-car entertainment, the sector has also acquired a bad rap over recent safety issues, deadly accidents, poor service quality, inadequate bus stations, poor software and planning as well as delays. Rising fuel prices have also taken a hit on the sector.

Two renowned companies of the bus market that provided luxury services, Varan and Ulusoy, went bankrupt in 2016 and 2019, respectively, although Ulusoy still continues its services. Another prominent coach company, Pamukkale, was declared bankrupt earlier this year but another court allowed the company to resume operations.

FlixBus was established in 2013 after the deregulation of the bus market in Germany, where intercity travel was long dominated by state-run Deutsche Bahn trains. It soon expanded to other European countries that also carried out similar deregulation moves. The company now offers services in 30 countries, including Germany, Italy, France, the Benelux states, and Poland, where it is the market leader. FlixBus carried 45 million passengers in 2018 in Europe and in the U.S.