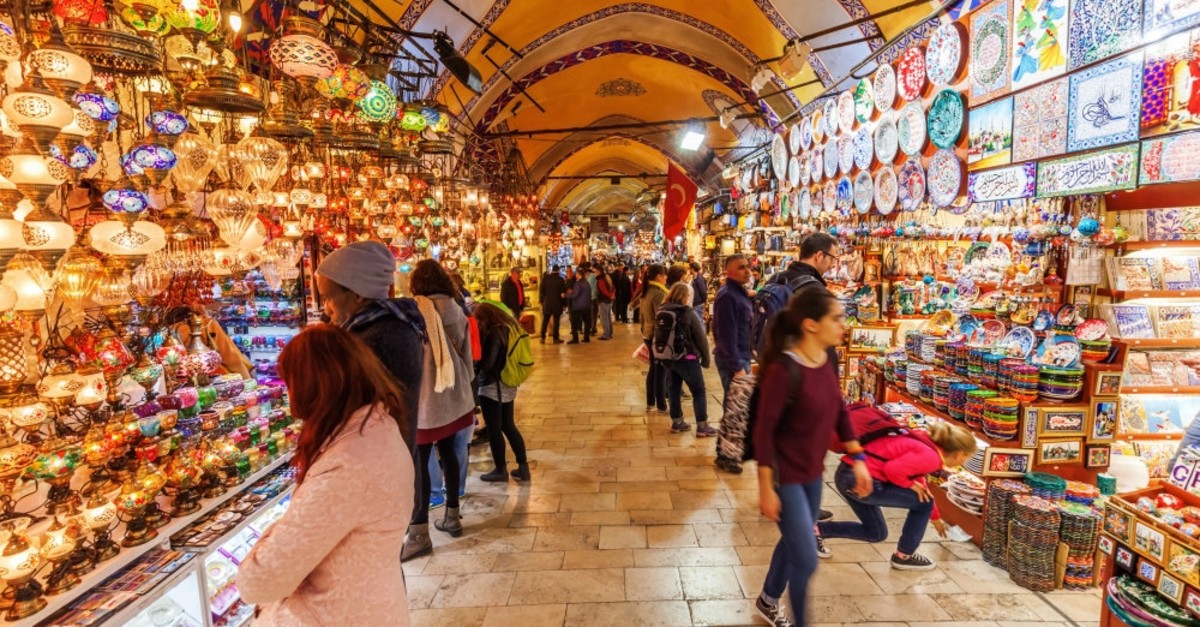 The growing number of foreign visitors to Turkey has led to a nearly 70% increase in their shopping in the January-July period, with Qataris leading the average spending per capita

Tourists visiting Turkey increased their spending by 70% in the first seven months of this year compared to the same period last year according to a survey by Global Blue, which has been carrying out its tax-free shopping transactions in 51 countries worldwide and operating in Turkey since 1996 at more than 8,000 retail points, as well as 25 refund points at urban refund offices and border gates. In the first seven months of this year, both the number of Chinese visitors to Turkey and their spending grew compared to last year.

The Chinese tourists increased their shopping transactions in the country by 85% compared to the same period last year, exceeding TL 5,000 in the average spending amount.

In terms of average expenditures in the same period, Qatar took the lead with TL 6,782, followed by the United Arab Emirates (UAE) with TL 6,441, and Germany with TL 5,412.

In the first seven months of this year, Israeli tourists came to the fore with an increase of 182% compared to the same period last year, while Egyptians increased their shopping by 161%, Iraqis by 138%, and Libyans by 124%.

Pointing out that the Chinese tourists took the lead in the increase in the shopping transactions in this period, Şeyhun said Chinese shopping made up 22% of the total tax-free shopping and grew 85% last year compared to the first seven months.

Şeyhun noted that both the Chinese and visitors from the Gulf countries showed more demand for luxury products. "European visitors, unfortunately, do not see Turkey as a shopping destination at least in organized retail," he continued. "Only Germany has entered the top 15. The reason for this is the Turks who have German passports and visit their countries and relatives in the summer months."

Şeyhun stated that the growth figures in the last years came from average spending. "This year, on the other hand, there are promising growth figures in transactions, which is actually a healthier growth. Because this shows that the increase in shopping is based not only on inflation but also on the high number of tourists," Şeyhun said, pointing to the continuous increase in the number of Chinese visitors.

"While the Chinese held 20% of total tax-free shopping in the first seven months of last year, they reached 22% this year with an 85% growth. More than 40% of tax-free purchases in Europe are made by the Chinese, and they often prefer luxury and world-renowned brands," Şeyhun further stressed. "For the Chinese, payment systems and digital wallets are very important. As Turkey's digital payment systems increase in sales points, it will be easier for Chinese people to spend. October is an important month for the Chinese. During their golden week, the expectation of the whole retail sector should be high." Şeyhun said that the total effect of Gulf shopping decreased slightly and that in the first seven months of last year, Saudi Arabia, Kuwait, Qatar and the UAE had accounted for 27% of the total sales. Recalling that this rate was 24% in the first seven months of this year, he added that all Gulf countries are still growing in total sales.