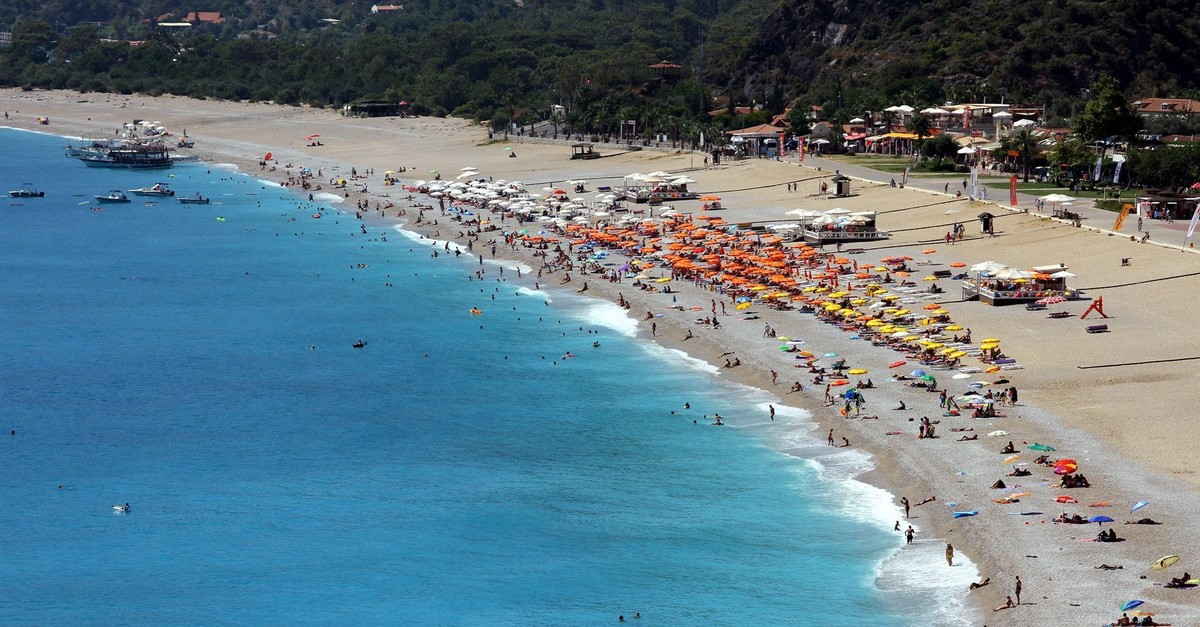 Turkeyu2019s top tourism destination Antalya hosted above 10 million foreign tourists during the period of Jan. 1 to Aug. 22 this year with an increase of 17.6% compared to the same period last year.
by Daily Sabah with AA Aug 26, 2019 12:11 am

Stretching along the Mediterranean shores, Antalya has welcomed more than 10 million foreign visitors, who not only enjoyed the city's sun, sea and beaches but also its historical heritage

One of Turkey's hottest tourist destinations, Antalya, hosted over 10 million foreign tourists between Jan. 1 and Aug. 22 this year. The rising number of visitors and rising revenues have boosted the Mediterranean region's tourism industry. The number of tourists between Jan. 1 and Aug. 22, 2019, increased by 17.6% compared to the same period of 2018, breaking an all-time record, according to data on the Antalya and Gazipaşa airports, provided by the Provincial Directorate of Culture and Tourism.

Russians led in the total number of tourists, followed by Germany.

Russia, Germany and Ukraine led the way in the number of tourists to Antalya, preferred by tourists from more than 200 countries. Representatives of public and private sectors continue their work to achieve the goals in tourism, which is described as "smokeless industry." Tourists coming to the city visit the historical and cultural regions and natural riches of Antalya and enjoy the city's sea, sand and sun in luxury hotels.

Professional Hotel Managers Association (POYD) President Ülkay Atmaca told Anadolu Agency (AA) that experiencing records in the number of tourists was a good development for the sector. Atmaca said the figures would become more clear at the end of this month.

"Our goal was to host 16 million tourists this year. We strive to reach this figure. If this happens, we will achieve our goal," he said. "While planning in 2019, we estimated to increase the number of tourists coming to Antalya to 16 million. Everything is going as planned," he continued. "We are having a full August, and we hope that September will go like this. The increase in all markets continues. These records in tourism will proceed. We also had a goal to increase revenue by 10% this year. In particular, incomes in foreign markets have now increased by around 8% to 10%. I hope this will continue in September."

Erkan Yağcı, the president of Mediterranean Touristic Hoteliers and Operators Association, stated that the number of tourists came in parallel with the expectations, and added that on Jan. 1 to Aug. 22, 2019, they achieved a growth of more than 17% over the previous year.

"We are facing a growth trend parallel to our expectations. We hope that the records will continue," he said. "Gradually we will enter a preparatory period toward the winter season. We want to maintain the growth trend we have achieved in the summer period, especially in the winter season, which we consider dead season."

Yağcı said the sector is working in a unified fashion. "Our goal was 16 million tourists. If the growth continues like this, we will reach this figure," he noted.