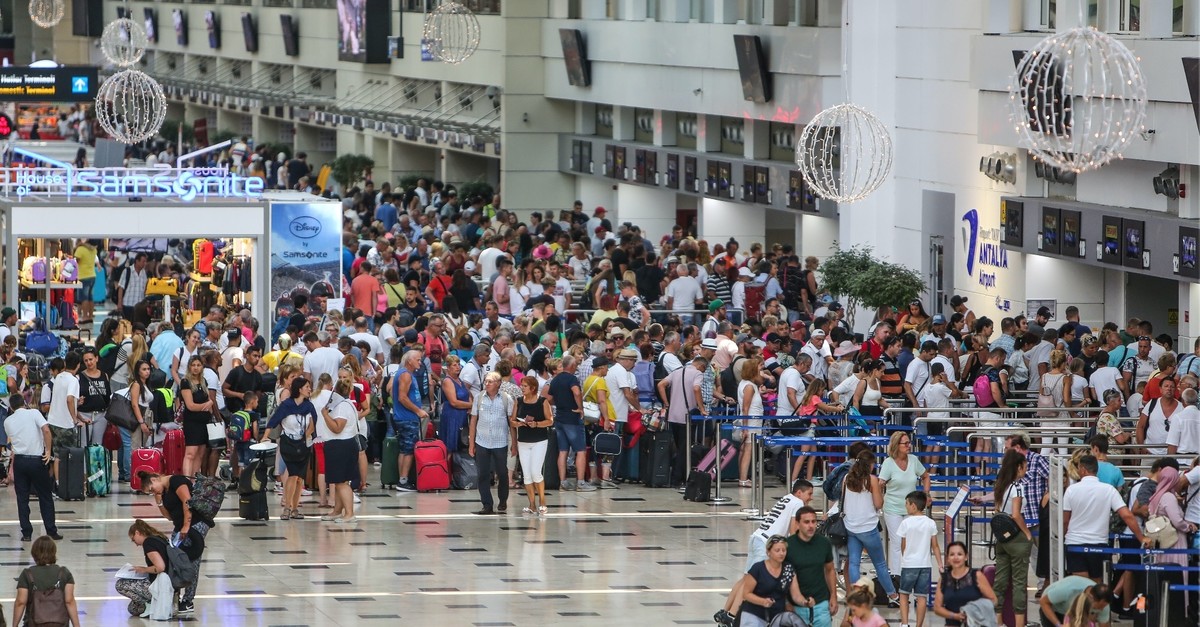 Tourist arrivals in Antalya increased by 17% year-on-year in the January-August period.
by Daily Sabah with Agencies Sep 02, 2019 12:08 am

A total of 437,615 local and 10.3 million foreign tourists arrived between Jan. 1 and Aug. 31, according to data compiled by the Antalya Provincial Directorate of Culture and Tourism, as the number of tourists increased by 17% from 9.2 million in the same period of 2018.

While the number of tourists in August was 2.6 million, 92,888 were domestic tourists. Dotted with nearby ancient ruins, Antalya is known for its natural beauty, historical structures, luxurious hotels and myriad international events.