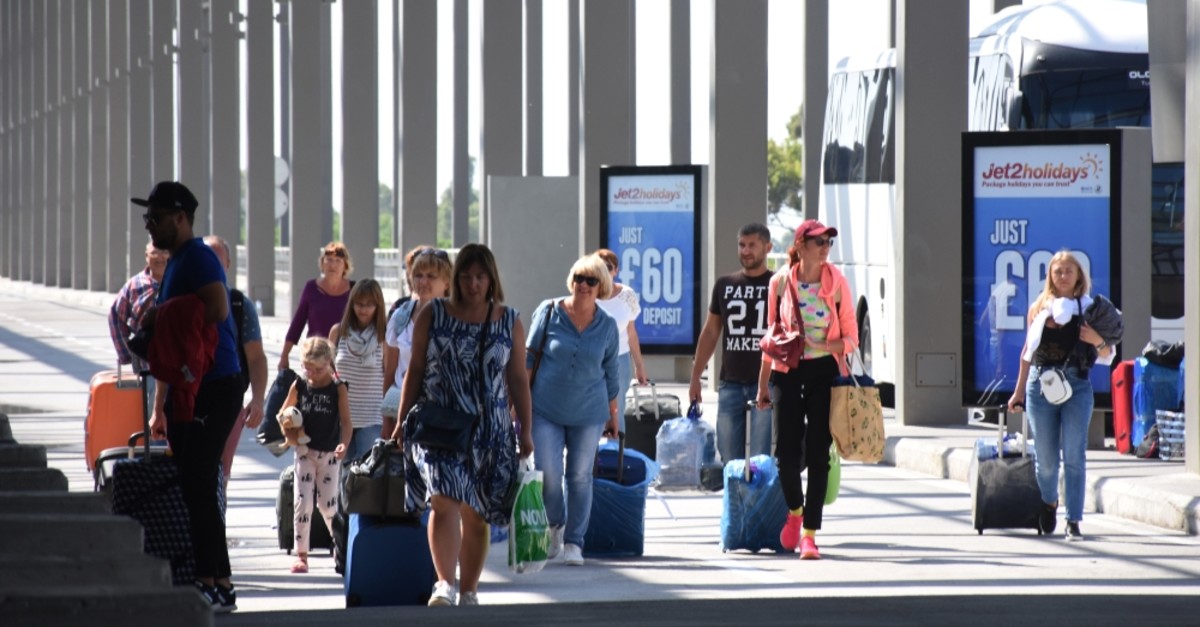 In the wake of the collapse of Thomas Cook, Turkey is looking for a transition to a new model beyond all-inclusive holidays that will minimize possible disruptions in the future

The sudden collapse of the world's oldest travel company, Thomas Cook, has prompted calls for the tourism industry to broaden its horizons beyond tour packages or all-inclusive holidays, a transition the Turkish government will direct its efforts towards.

Hours after the U.K.-based tour operator ceased operations Monday, leaving hundreds of thousands stranded around the world, Culture and Tourism Minister Mehmet Nuri Ersoy said that Turkey will focus on different models such as individual promotion in tourism, seeking to eliminate possible disruptions in the future.

Ersoy's statement has win recognition among sector representatives who voiced support for actions to be taken to reduce addition to certain mechanisms and tour packages, emphasizing that more extensive promotion would bring in more tourists.

British tourists continue to leave Turkey as the U.K. resumes a massive operation to bring home tens of thousands of holidaymakers stranded in Europe and elsewhere after the collapse of the iconic Thomas Cook travel company.

The 178-year-old British operator failed to get a last-ditch rescue deal over the weekend and declared bankruptcy, leaving 600,000 tourists stranded worldwide, forcing governments and insurance companies to coordinate a huge operation to bring them all home.

The British government took action, lining up flights to bring an estimated 150,000 Britain-based customers back home from vacation spots around the globe in what was called the biggest peacetime repatriation effort in the country's history.

Some 8,000 British tourists who were on their vacations in Turkey's famous holiday resort Antalya and some districts of the southwestern province of Muğla, have been flown home so far, Britain's Embassy in Ankara said yesterday noon, as operations continued.

A total of 21,033 Thomas Cook customers were initially on holiday in Turkey when the announcement came on Monday.

"Our teams have been at Antalya, Dalaman, Bodrum & İzmir airports since Monday, working closely with the Turkish airport & tourism authorities to ensure the return of all Thomas Cook passengers to the U.K.," the U.K. Embassy said on Twitter. "As of this morning, almost 8,000 people on 31 flights have been returned," it added.

"We are very sorry for those affected. We would like to thank the Turkish authorities for all their help," Undersecretary of the British Embassy in Ankara Jennifer Anderson, said.

In the aftermath of the collapse, the Culture and Tourism Ministry said it was working with the Treasury and Finance Ministry on a "credit support package" to be put in place as soon as possible to help affected businesses.

The payments by Thomas Cook U.K. guests staying in Turkish tourism establishments, including over the weekend, are guaranteed by the Air Travel Organizer's License (ATOL) of the CAA, the ministry said.

It stressed that tourism establishments cannot request additional payments from Thomas Cook customers, warning there would be legal proceedings against hotels demanding payment from guests or forcing them to leave.

Following the bankruptcy of the tour operator, which launched the package tour system in the world in 1841, all eyes have turned to the tourists and package tour models of the major tour operators and travel companies.

Package tours that offer alternative routes and reasonable price options to tourists have further raised demand for this application.

Turkish Hoteliers Federation (TÜROFED) Chairman Osman Ayık said that the main problem of the businesses was their receivables from Thomas Cook from the past.

"There is an ambiguous situation in this regard. The Culture and Tourism Ministry has established a crisis table. Methods and road maps will be studied. There are many companies here in different categories and sizes. The fact that these facilities could not make collections creates some difficulties for them. It is quite serious. In the long run, it is very accurate to take things from the beginning, including business models, and take actions to reduce addiction to certain mechanisms and package tours as quickly as Mr. Minister said."

Indicating that the crisis is managed in a way befitting Turkey, Ayık said they are working to combat this serious problem as tourism operators.

Tourism and Promotion Platform (TUTAP) President Fikret Yıldız indicated that a large part of foreign tourists had been coming to Turkey with the all-inclusive system for years.

Minister Ersoy said on Monday the government would focus on individual promotion with the Turkey Tourism Promotion and Development Agency, which was established recently to promote and further develop tourism in the country.

"More tourists will come to our country as a result of the more extensive promotion of our world heritage elements, cultural heritage and faith centers. It will make a great contribution to the national income we will generate from tourism," Yıldız noted.

"This came up with the bankruptcy of the tour operator, but package tours have been a problem for a very long time. Turning this into an advantage and making changes in the tourism action plan will be instrumental in pursuing a more regular policy in line with the interests of our country," he added.

Yıldız also pointed to the necessity to increase tourism diversity and develop comprehensive publicity abroad, adding that foreign tourists would not need package tours with the determination of new policies.