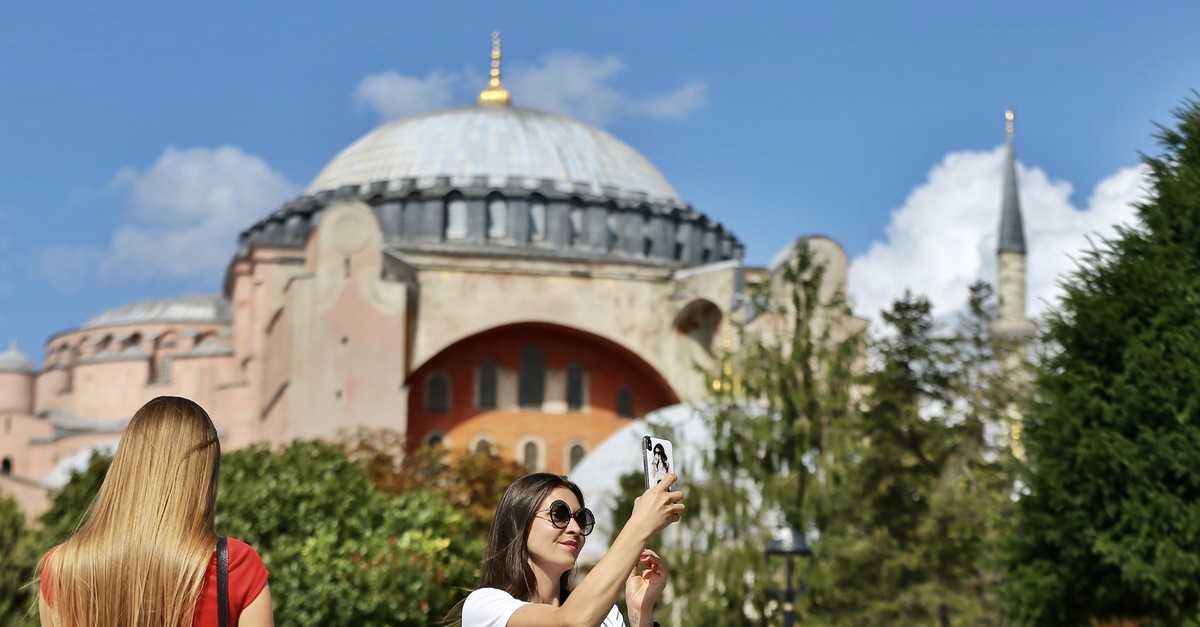 Noteworthy rise in arrivals from European countries and North America has left a positive mark on the number of tourists visiting Istanbul, which is a step closer to its target of 15 million tourists for 2019

Turkey's biggest metropolis Istanbul is gradually approaching its year-end target of 15 million tourists. What is instrumental for the city, which is known as a favorite attraction for Arab visitors, is the fact that it is now enjoying a significant increase in the number of tourists coming from European countries and North America, which are target markets in the eyes of Turkey as it knuckles down to diversify markets. Istanbul welcomed some 10 million tourists as of August this year, according to data compiled by Anadolu Agency (AA). The figure was up by more than 1 million compared to the last year's eight-month period when some 8.9 million foreigners visited the metropolis.

The numbers indicate that Istanbul is approaching its target of 15 million tourists planned for this year, however, it is the increase in the number of arrivals from Europe and North America that is especially noteworthy in this regard.

Germany maintains its lead among the Western tourists with an increase of 6.4% between January and August. Regarding the nationalities of visitors to Istanbul, the number of arrivals from Poland saw an increase of 46.6%, followed by Lithuania with 45.5% and Portugal with 41.5%.

Trips by U.S. citizens to Istanbul have also seen an increase as the number of American tourists was up by 27.6%, in addition to a noteworthy surge in the number of Danish citizens (33.7%), Italians (31%) and Spanish tourists (28%).

Among the other notable effects of the increase of tourists to Istanbul is the role of the Balkan and Baltic countries.