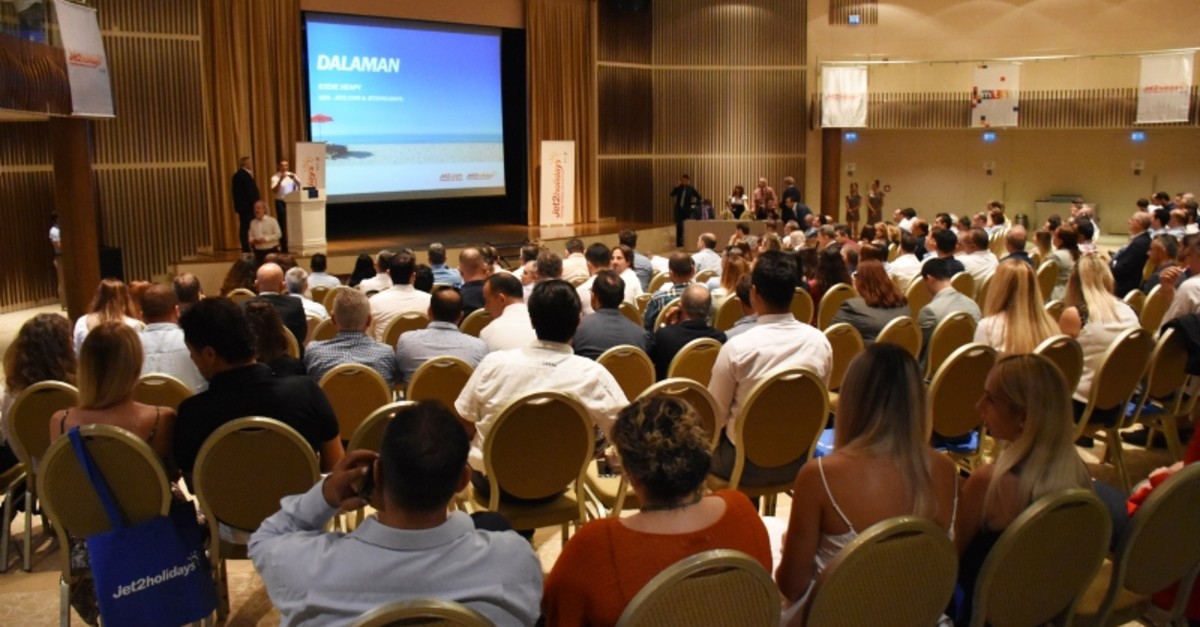 Attending a meeting with hoteliers in the Dalaman district, Jet2holidays Chief Executive Steve Heapy said his company has become the largest tour operator in England and pledged to continue to carry out operations in Turkey.

Heapy noted that the Turkish government has been cooperating with them following Thomas Cook's collapse to resolve the issue.

"I believe they will achieve the goals they have specified," Bülbüloğlu said in regards to the planned flights and hotel reservations in the area.

The Jet2holidats CEO argued that as Thomas Cook no longer existed, they were the No. 1 firm from now on. "We are looking for new aircraft right now. If we find enough airplanes and sales goes well, we will bring 100,000 more tourists to Dalaman," he continued. "These numbers may go even higher. We are increasing our flights. We are in the sky with 100 planes. We invested 160 million pounds in the Turkish market. We are working very hard to correct the situation caused by Thomas Cook." He also underlined that they added another 8 million pounds to their Turkish budget.

"To bring tourists to Turkey, we are working hard so that we can fill the situation and that the situation does not turn into a void," Heapy further stressed. "We have a position and infrastructure to fill Thomas Cook's void. We plan 169 flights a week to Turkey. We will make 69 flights to Dalaman. We have planned to increase our sales to Dalaman from 147,000 in 2019 to 252,000 in 2020. We started to fly to Dalaman on April 5, 2019. We want to schedule more flights starting from April 5, 2020. We flew seven days a week, and we want to increase [this figure] by 2020."

The 178-year-old British operator failed to get a last-ditch rescue deal in September and declared bankruptcy, leaving 600,000 tourists stranded worldwide, forcing governments and insurance companies to coordinate a huge operation to bring them all home.

In the aftermath of the collapse, the Culture and Tourism Ministry said it was working with the Treasury and Finance Ministry on a loan package to be put in place as soon as possible to help affected businesses.