THY to carry record number of passengers in Italian market 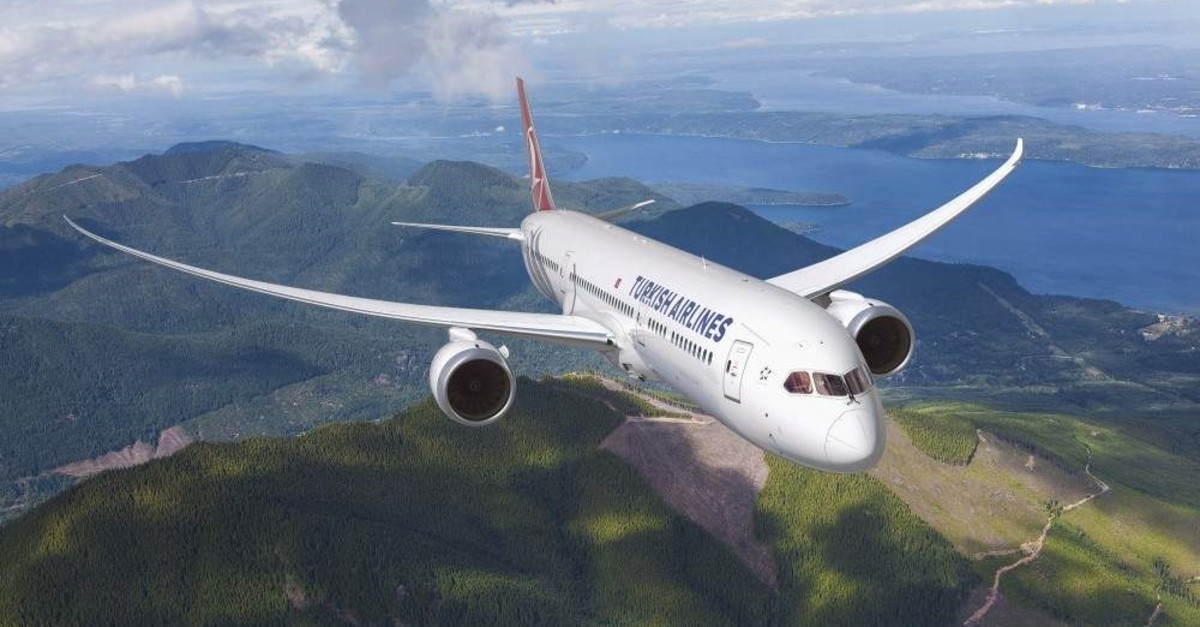 National flag carrier Turkish Airlines (THY) this year aims to carry a record number of passengers in the Italian market, where it entered with a Rome flight 60 years ago.
Having flown 1.6 million passengers on its Italy lines in 2018, the carrier expects to close the current year with 1.7 million passengers, a 6% year-on-year increase given intensive demands and bookings.
THY operates 141 flights to seven destinations in Italy from the north to the south of the country on a weekly basis. It is also working to add new lines and to increase flight points in the Italian market.
The carrier’s most important flight destination in Italy is the capital Rome where it initiated flights 60 years ago. It operates 37 flights a week to the city alone, including four flights from the new Istanbul Airport, which officially opened on April 6, taking over air traffic from the now-closed Atatürk Airport.
It also hold one flight from Sabiha Gökçen Airport, Istanbul’s main air hub on the city’s Asian side, and two from the Ankara’s Esenboğa Airport.
Seeking to raise the number of passengers in the market, THY brought 1,000 Italian agency representatives to Istanbul under the coordination of Italian directorates and tourism consultancies this year.
Apart from Rome, THY currently flies to Milan, Venice, Naples, Bari, Bologna and Catania. It also runs flights to Pisa during the summer season.
In the first nine months of this year, Turkish Airlines carried around 18.24 million transit passengers, which also made it enjoy a significant number of transit passengers in the Italian market.
It carries passengers to Italy from Istanbul Airport with many connections from all over the world and has many flights taking connected passengers to Italy. THY carries a large number of passengers to Italy in connected flights from Far Eastern countries including Japan, South Korea and Singapore.
Instead of waiting at the airport, the passengers traveling on Italy lines take daily tours in Istanbul where they arrive with connected flights. Italians living particularly in Rome show high interest in Istanbul.
Meanwhile, the Culture and Tourism Ministry announced that Italians have a significant part in the number of tourists coming to Turkey from European countries. A total of 255,000 Italians came to Turkey in eight months of the year, up by 37.21% year-on-year, while the number of Italian tourists in Istanbul in the same period soared by 31% to 185,000 compared to the same period of 2018.
Turkish Airlines flies to more than 300 destinations in over 120 countries. Founded in 1933 with a fleet of five aircraft, the carrier currently has over 340 aircraft, including passenger and cargo planes.
Last year, the company carried 75.2 million passengers with a seat occupancy rate of 82%, and this year aims to reach 80 million passengers on domestic and international routes.
The carrier served 56.4 million passengers in January-September this year with a seat occupancy rate – passenger load factor – of 81.4%.