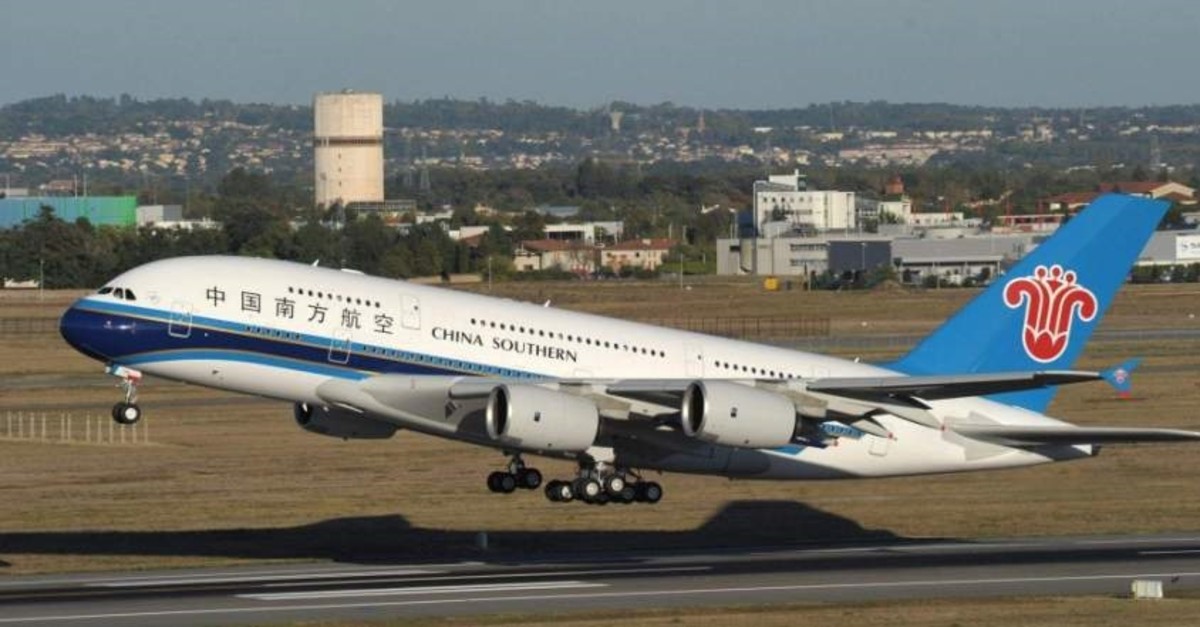 China Southern Airlines, the country's largest airline, is introducing the world’s largest passenger aircraft - the Airbus 380 - on its Istanbul route, due to an increased interest in Turkey.

The use of such aircraft and Turkey's flag carrier Turkish Airlines’ (THY) new destinations in China, including the central northwestern city of Xi’an, will help Chinese companies bring more tourists to Turkey.

Turkey has seen high interest from Chinese tourists in recent years, boosted by improving cultural and economic ties between the two countries.

According to the Culture and Tourism Ministry data, some 292,000 Chinese citizens came to Turkey in the first eight months of this year, an increase of 12.66% compared to the same period last year. If this upward trend continues, the number of Chinese tourists is expected to hit 500,000 by the end of the year.

As Chinese airlines launched flights to Turkey one after another to get their share, Chinese companies with existing lines to Turkey have also scheduled additional flights from new destinations.

Last May, China Southern Airlines launched flights from Wuhan, the largest city in Central China with a population of around 11 million, in addition to its Beijing line.
Regarded as China's largest airline in terms of fleet, the company schedules flights from Beijing’s Capital airport. And the airline is now planning to carry more passengers to Turkey by expanding the type of aircraft due to intense demand from its citizens.

With necessary permits, the company will resume its flight from Daxing, the second airport of Beijing, to Istanbul Airport with the Airbus 380, which can carry up to 853 passengers in a single-class economy configuration or 555 passengers if in a three-class configuration.

Chinese citizens mostly visit Cappadocia, one of the prominent destinations frequented by Chinese tourists in Turkey, Pamukkale, Ephesus and Istanbul.

Meanwhile, Airbus 380s could not use now-closed Atatürk Airport except for special operations due to the lack of suitable runways and taxiways. However, with runways, taxiways and passenger bridges fit for wide-body aircraft, Istanbul Airport can easily accommodate the A380.

Airbus previously announced that it would halt the production of A380 passenger aircraft and that the final delivery would take place in 2021. The A380 has a body length of 73 meters, a height of 24 meters, and a wingspan of 80 meters. The aircraft can fly at a top speed of 1,185 kilometers per hour, with a range of 14,800 kilometers.