'737 MAXs not bought to remain grounded,' THY head calls for solution 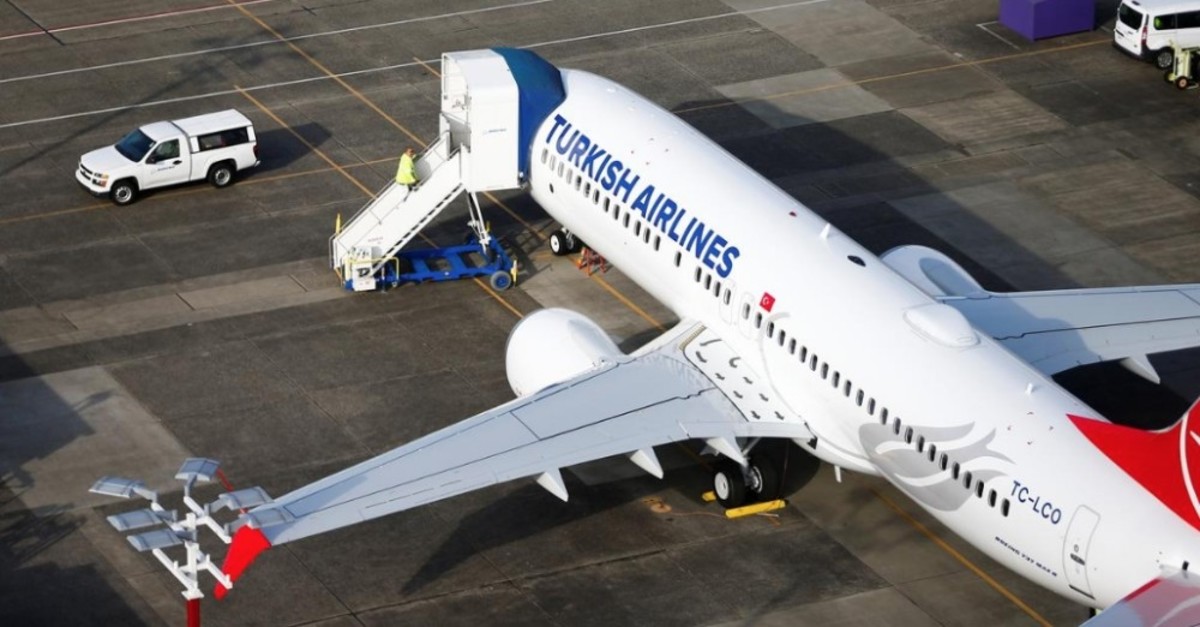 The Boeing 737 MAX crisis has led many airlines in Europe to revise their annual targets downward, including Turkish Airlines, which despite having 24 aircraft grounded has enjoyed an increase in transit passengers following the grand move to Istanbul Airport in April

Amid ongoing uncertainty over Boeing 737 MAX aircraft being grounded worldwide since two crashes that killed 346 people, Turkish national flag carrier Turkish Airlines (THY) Chairman İlker Aycı expressed concern over the planes still being grounded, stressing that they are waiting for Boeing to solve the issue as soon as possible.

Turkish Airlines at the moment has 24 of its aircraft grounded, with 12 of them positioned in Seattle, Aycı told reporters in a meeting yesterday. “I’m not comfortable with aircraft being on the ground. We haven’t bought these aircraft to put them in a parking lot,'” he said, adding that they also have serious maintenance costs.

All prominent carriers worldwide, including THY, grounded 737 Max aircraft after an Ethiopian Airlines crash killed all 157 people on board on March 9. The Boeing 737-800 Max in the Ethiopia crash was the same type of plane as the Indonesian Lion Air jet that crashed on Oct. 29, killing all 189 people on board.

It's not known when the MAX will return to service. Boeing, which still has not submitted a modified version of the problematic MCAS system to regulators, hopes it will be before the end of the year.

Aycı explained that they commissioned plan B to continue operation instead of Boeing 737 MAX type aircraft and went to chartering. “We are in negotiations with Boeing. Their intentions are good. If this is not solved, we will inform them that we will launch plan C if necessary. Boeing’s attitude will determine where the process will go from here. At the end of the negotiations, the sensible party will prevail,” he stressed.

On a question about whether these aircraft could be reused if the negotiations with Boeing were positive, the chairman said they could be if the software is updated, the tests are completed and flight permits come from international authorities.

He further stressed that "due to 737 MAXs, we had a 40% cut on domestic flights and 60% on international flights."

Aycı pointed out that the grounding of the aircraft led them to revise some figures in the 2019 targets, stressing that despite this, they are working hard to close the end of the year with a profit without any excuses.

Accordingly, the expectation of 80 million passengers for the year-end has been revised to 76 million, said the chairman. The capacity increase was pulled from 7.5% to 4%. The consolidated sales revenue target was revised from $14.1 billion to $13.4 billion, he added.

Recalling that 2019 was a challenging year with the local municipal elections, the move to Istanbul Airport and the MAX 737 crisis, Aycı said they put savings measures in place to explain the end-of-year profit and took measures to increase income. “We are trying to achieve some $200 million in growth in our operating profit,” he said, informing that they are planning to sell their lands on the Bosporus line and that they have foreign suitors in this scope.

“Many airlines in Europe have reduced their annual targets due to this event. We hope that Boeing will settle this as soon as possible,” Aycı said.

RISE IN TRANSIT PASSENGERS AFTER MOVE TO ISTANBUL AIRPORT

In April this year, Turkish Airlines performed the biggest logistical operation in aviation history, moving from its old base at Atatürk Airport to its new home, the enormous Istanbul Airport, whose first phase officially opened in October last year.

Describing the whole process as a "grand move," Aycı said: “The whole world was watching us. We completed the operation in 12 hours and resumed our flights." He further explained that they reached 100% capacity at the end of the month after the move in April and increased the takeoff rate to over 80% in two months.

Aycı also noted that the carrier has seen a rise in transit passengers with the new airport. “In the third quarter, the number of transit passengers increased by 7%. Although 24 of our planes are on the ground due to the Boeing MAX crisis, there was a 3.9% increase in nine months of this year,” he stressed.

TURKISH CARGO SEVENTH IN THE WORLD

Also elaborating on the number of THY personnel, İlker Aycı said 29,378 people are currently employed within THY, while this figure rises 65,874 along when affiliates are included. Saying that they have reached the number of 10,000 new personnel planned last year, Aycı said 6,500 of those started to work in affiliates, indicating that employment would continue this year. Turkish Airlines flies to more than 316 destinations in 126 countries. Founded in 1933 with a fleet of five aircraft, the carrier currently has over 340 aircraft, including passenger and cargo planes.

Aycı also underlined the great success on the cargo side. “We are seventh in the world. We have caught double-digit growth. Our market share in the world is 4.1%,” he continued. “Is there another sector with this market share? This success is very significant in terms of contributing to exports and observing world trade well.”

Turkish Cargo aims to be one of the top five air cargo brands in the world in line with its vision for 2023, the 100th anniversary of the establishment of the Republic of Turkey.