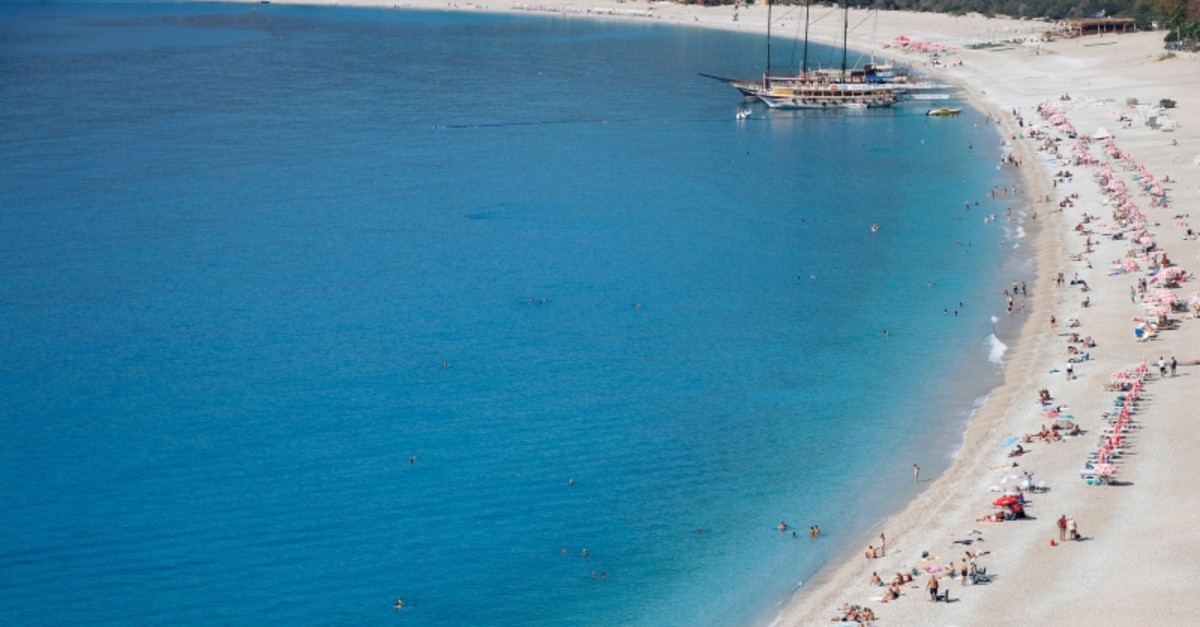 | AA Photo
by Daily Sabah with AA Oct 31, 2019 11:02 am
Turkey's tourism income jumped to $14.03 billion in the third quarter of the year, Turkish Statistical Institute (TurkStat) said Thursday.
The country's third-quarter tourism revenue soared 22% year-on-year, up from $11.5 billion, data showed.
"While 82.1% of this income (excluding GSM roaming and marina service expenditures) was obtained from foreign visitors, 17.9% was obtained from citizens residing abroad," TurkStat said.
Individual expenditures constituted nearly $9.9 billion of the total tourism income in the July-September period, while $4.1 billion came from package tour expenditures.
Turkey welcomed more than 21.6 million visitors in the third quarter, a 15% rise on a yearly basis – 85.3% foreign and 14.7% Turkish citizens living abroad. More than 41 million tourists visited Turkey in the first nine months of 2019.
The country's earnings from tourism also rose in the first two quarters of the year, by 4.6% in Q1 and 13.2% in Q2.
Last Update: Dec 20, 2019 1:21 am
RELATED TOPICS